“Everyone’s gonna be treated the same. You’re not special because you’re a journalist. You’re just, on Twitter you’re just a citizen, so no special treatment. " 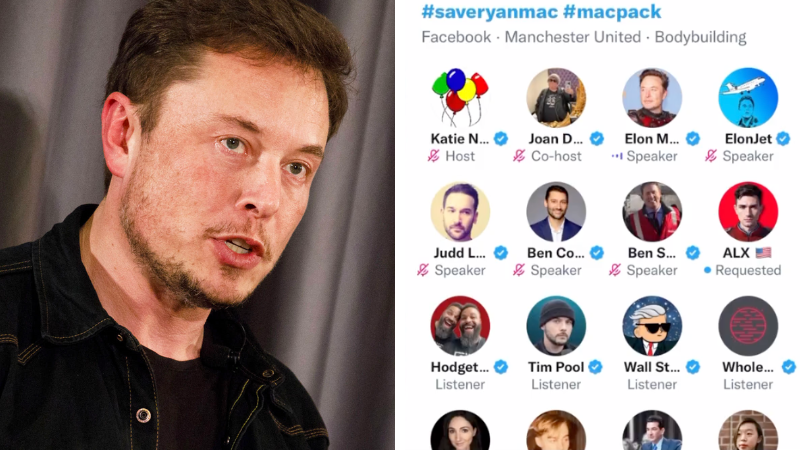 Libby Emmons Brooklyn NY
Dec 16, 2022 minute read
ADVERTISEMENT
ADVERTISEMENT
Elon Musk joined a Twitter Spaces on Thursday and told journalists that despite their noble and storied profession they will get “no special treatment” when it comes to policies on doxxing, or sharing real-time location information of others.

“As I’m sure everyone who’s doxxed would agree,” Musk told listeners to the Spaces, “drawing real time information about somebody’s location is inappropriate, and I think everyone on this call would not like that to be done to them.”

“And there is not going to be any distinction in the future between journalists, simple journalists, and regular people. Everyone’s gonna be treated the same. You’re not special because you’re a journalist. You’re just, on Twitter you’re just a citizen, so no special treatment.

This came after Musk had issued temporary bans to left-leaning journalists that had posted his real-time location, which he said were “basically assassination coordinates, in (obvious) direct violation of Twitter terms of service.”

“Same doxxing rules apply to ‘journalists’ as to everyone else,” Musk said to venture capitalist Mike Solana who had criticized the suspensions on these grounds.

“Criticizing me all day long is totally fine, but doxxing my real-time location and endangering my family is not,” Musk said.

Journalists who for years had been used to Twitter moderators doing their bidding, such as suspending Donald Trump while he was still serving as the President of the United States, despite mods admittedly knowing he had not broken any terms of service, were angered by the move. Conservatives, however, noted that turn-about was indeed fair play.

"If they're naughty, they get suspended," Musk replied to Human Events Daily's Jack Posobiec, who posted a clip of the comments.

Policies on doxxing are personal for Musk, who on Wednesday reported that his child had been stalked. Musk shared video of the man suspected of stalking, chasing the car the child was riding in, and jumping up on the hood.

"Last night," he said, "car carrying lil X in LA was followed by crazy stalker (thinking it was me), who later blocked car from moving & climbed onto hood.”

In that video, the license plate of the car could be seen, which led to a conversation about if posting that license plate was doxxing.

"Anyone recognize this person or car?" Musk tweeted.

"Posting locations someone traveled to on a slightly delayed basis isn’t a safety problem, so is ok."

Musk also banned an account that tracked and posted the location of his private jet, after promising not to do so the in the name of free speech.

He also said that the company was working on a feature that would display the time period of the suspension and what the account was suspended for.