Following multiple domestic disputes, Raphael Warnock’s wife reportedly told police that he was a "great actor" after he denied to police that he had assaulted her with his car. 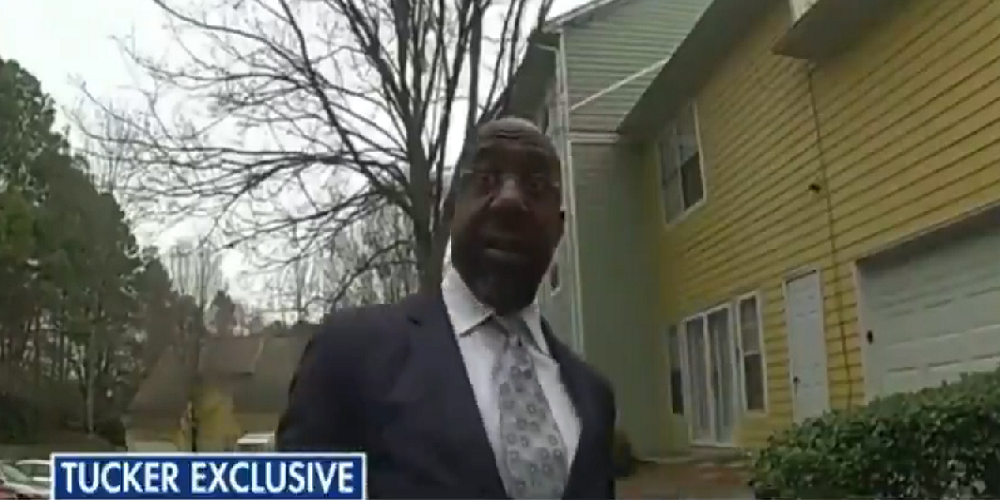 Following multiple domestic disputes, Raphael Warnock’s wife reportedly told police that her husband, running for one of Georgia's two senate seats, was a "great actor" after he denied to police that he had assaulted her with his car. She alleged that he ran over her foot.

On Tucker Carlson Tonight on Fox News, an exclusive video showed the aftermath of the contentious incident involving Warnock and his wife. She had called the police to report the incident.

Ndoye told the officer that Warnock refused to talk to her as he went to get in his car. She later told the officer, "I’ve tried to keep the way that he acts under wraps for a long time, and today he crossed the line. So that is what is going on here. And he’s a great actor. He is phenomenal at putting on a really good show."

In the video, a police officer approaches Warnock and his wife at an Atlanta residence.

"Did you run over her foot?" the officer can be heard asking Warnock.

"I don’t think so, I do not think so," Warnock responds.

Warnock says he is in the process of divorcing his wife Ouleye Ndoye.

He claimed that his wife stood in front of his car door to prevent him from closing it.

"I don’t want to get into a shoving match with her. So I go back around, get back in the car, and I slowly start to move, like I’m gonna move forward. Then she claims I ran over her foot," Warnock explained to the officer.

The incident was first reported by the Atlanta Journal-Constitution, and originally took place on March 2, 2020.

Warnock is running for one of two contested Senate seats in Georgia. The results of both races were too close to call on Nov. 3, so a runoff election will be held on Jan. 5. Warnock is running against incumbent Kelly Loeffler.