Marc Elias was an attorney with the Hilary Clinton campaign, and has been brought in by the Fetterman camp to try to get invalid ballots counted, despite these ballots not being in compliance with state law. 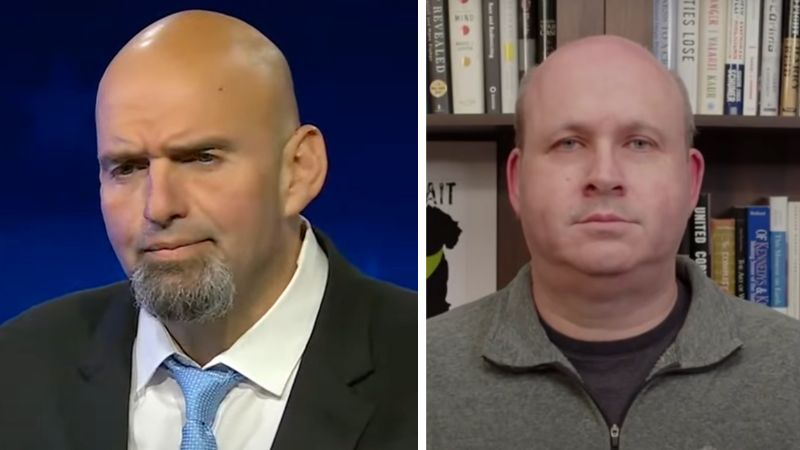 Following a lawsuit filed by the John Fetterman campaign on Monday regarding the counting of undated ballots, it has been revealed that the campaign has enlisted the help of the Elias Law Group to carry out the lawsuit. Founder Marc Elias was an attorney with the Hilary Clinton campaign.

On November 1, the Supreme Court of Pennsylvania ruled that mail-in ballots sent in without the required date on the outer envelope must not be counted, following a lawsuit from the Republican National Committee (RNC). The Fetterman campaign brought suit to have those ballots counted, despite that being in violation of Pennsylvania state law.

The Fetterman campaign’s lawsuit alleged that "The Date Instruction has no relevance to determining whether an individual is qualified to vote under Pennsylvania law."

"To the extent any date is relevant to a voter’s qualifications to participate in a particular election under Pennsylvania law, it is the date of that election, not the date that the voter completed, signed, or mailed their ballot," the lawsuit adds.

The lawsuit claims that the Pennsylvania Supreme Court’s running violates the Civil Rights Act of 1964, as well as the First and Fourteenth Amendments of the United States Constitution.

Marc Elias, founder of the Elias Law Group, was most famously involved in Russiagate, being Hillary Clinton’s lawyer at the time.

Attorneys with the Elias Law Group were listed as pro hac vice on the court document, meaning that, according to Cornell Law, "Pro hac vice is a legal term for adding an attorney to a case in a jurisdiction in which he or she is not licensed to practice in such a way that the attorney does not commit unauthorized practice of law."

During the trial of former Hillary Clinton Campaign lawyer Michael Sussmann earlier this year, former Clinton campaign manager Robert Mooktestified that he had been briefed on the Alfa Bank subject by Elias, with Mook saying that he was told the data had come from "people that had expertise in this sort of matter."

According to the Washington Post, Elias hired Fusion GPS, a private research firm, which produces research that resulted in the now-discredited Steele dossier which alleged ties between Trump and Russia. The company was retained by Elias on behalf of the Clinton campaign and the DNC.

Elias was revealed to have used campaign funds without oversight, which he was authorized to use, to hire the firm.

A spokesperson for the law firm told the Washington Post that Elias had held information regarding the investigation close while advising the Clinton campaign on its strategy.