During his opening remarks as Speaker, McCarthy pledged that the first bill brought to the chamber would be to repeal funding for the 87,000 IRS agents. 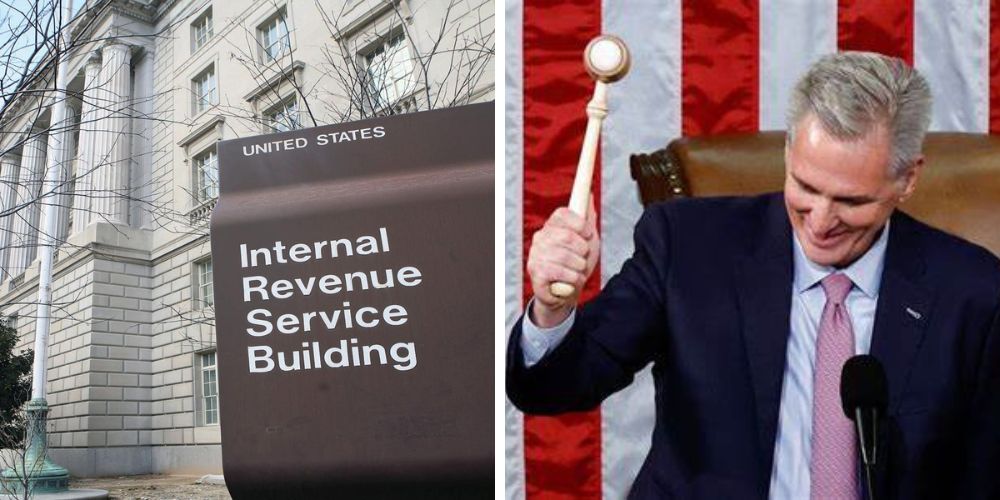 The Post Millennial
Jan 9, 2023 minute read
ADVERTISEMENT
ADVERTISEMENT
The House of Representatives fulfilled Speaker Kevin McCarthy's promise to prevent the Internal Revenue Service from hiring 87,000 new agents and conducting new audits on Americans by voting to rescind over $70 billion in funding to the agency Monday night.

The Family and Small Business Taxpayer Protection Act, sponsored by Rep. Adrian Smith (R-NE), and Rep. Michelle Steel, (R-CA) passed by a vote of 221-210 and rescinds funding that could have been used to double the agency's current size as well as conduct new audits on Americans.

The bill rolls back billions of dollars in funding for the IRS that was approved in last year’s Inflation Reduction Act. However, the legislation does leave in place funding for customer service and improvements to IT services.

The Inflation Reduction Act designated $80 billion to the agency over 10 years. Over half the funds were intended to crack down on tax evasion and funds would have gone toward filling 87,000 positions in the IRS.

On Monday, the Congressional Budget Office scored the bill and said the legislation would increase the debt by $114 billion over a decade.

Smith’s office said to Fox News regarding the score, "Congressional Democrats and the Biden administration have made clear that up to 90 percent of their new audits will target middle-class families and small businesses. This score again demonstrates the extent to which they are plundering working-class Americans in order to hand billions of dollars out to profitable businesses to buy electric trucks for their fleets, fuel for their airplanes, and install large-scale wind and solar across America’s landscapes.”

The vote comes days after McCarthy (R-CA) secured the House speakership Friday night after 15 rounds of voting. During his opening remarks as Speaker, McCarthy pledged that the first bill brought to the chamber would be to repeal funding for the 87,000 IRS agents.