Willis said Tuesday that "decisions are imminent" in the case. 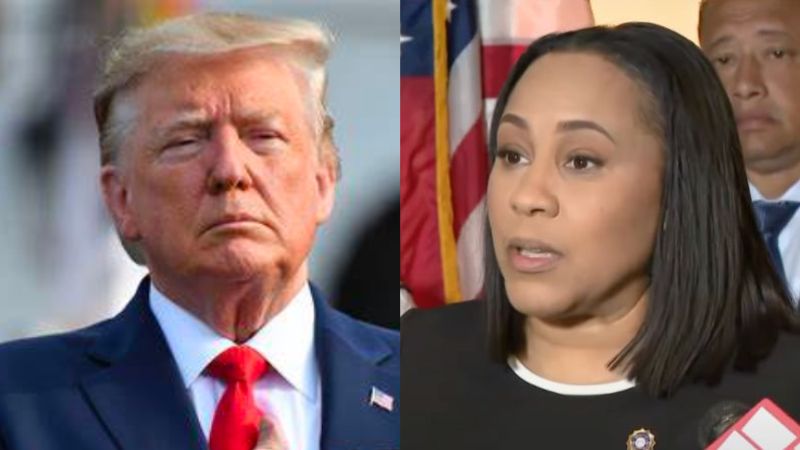 Fulton County, Georgia District Attorney Fani Willis suggested in a Tuesday afternoon court hearing that she could seek indictments in connection to a special purpose grand jury’s investigation into possible criminal interference in the state’s 2020 election.

During the court hearing, Superior Court Judge Robert McBurney heard arguments in relation to potentially releasing the special grand jury’s investigative report, to which Willis said that the report’s release could impact her cases, therefore it shouldn’t be released, according to WSB-TV.


Over a dozen media outlets filed a joint brief on Monday urging that the report be made available to the public.

The brief notes that the investigation "has been one of enormous public interest not just to Georgians, but also to citizens throughout the US," and says that the variety of media organizations filing the brief "reflect the profound public interest in this issue," according to WSB-TV.

"The Georgia Supreme Court has explicitly stated that it would ‘decline to extend the requirement of secrecy applicable to grand jury proceedings beyond that which is currently imposed by statute.’ Olsen, 302 Ga. at 291. There is no basis to do so here. The Media 19 Intervenors respectfully request that the Report be publicly filed and published as the special purpose grand jurors have requested."

Willis argued on Tuesday that "The state understands the media’s inquiry and the world’s interest. But we have to be mindful of protecting future defendants’ rights. If that report was released, there somehow could be arguments made that it impacts the right for later individuals, multiple, to get a fair trial."

The attorney representing the media outlets, Tom Clyde, argued that only the DA’s Office was arguing in the hearing to keep this report sealed. He also noted that the special grand jurors specifically asked the judge to release their investigation.

"We acknowledge the operations of the grand jury, while it was ongoing, were subject to a veil of secrecy," Clyde said. "But that has come to an end, and they’ve issued their final report. And the jurors themselves have asked for it to be published."

The special grand jury completed its eight-month investigation around two weeks ago, looking into the possibility of criminal interference in Georgia’s 2020 election by former President Donald Trump.

McBurney’s decision on whether to release the report would be guided on deciding whether the grand jury is an investigative arm of the District Attorney’s Office or an instrument of the court system.

According to Insider, Willis has not said whether she would refer the special grand jury’s report to an ordinary grand jury, which has the power to bring criminal charges.

Willis said Tuesday that "decisions are imminent" in the case.