Jody Wilson-Raybould was contacted by RCMP regarding SNC-Lavalin

Former Attorney General Jody Wilson-Raybould has disclosed that she was contacted by the RCMP regarding the SNC-Lavalin scandal and that she talked to them. 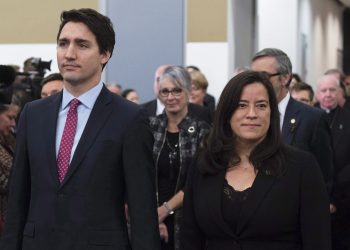 Former Attorney General Jody Wilson-Raybould has disclosed that she was contacted by the RCMP regarding the SNC-Lavalin scandal and that she has had discussions with them.

She was asked by CBC News on Thursday if she had been contacted and she replied, “They haven’t reached out to me on this, no.”

Today she clarified that statement:

“To clarify my answer from yesterday—I was asked if the RCMP had contacted me in response to the ethics commissioner’s report and specifically since the RCMP’s public statement yesterday. The answer is no.”

“However, and after clarifying with the RCMP, I can confirm that I was contacted by them this past spring regarding matters that first came to the public’s attention on February 7, 2019 in a Globe and Mail article. I will make no further statement regarding the content of my discussions and communications with the RCMP.”