Lesley Podesta, a woman who once claimed to be the niece of John Podesta, resigned from Twitter's Trust and Safety Council on Thursday. 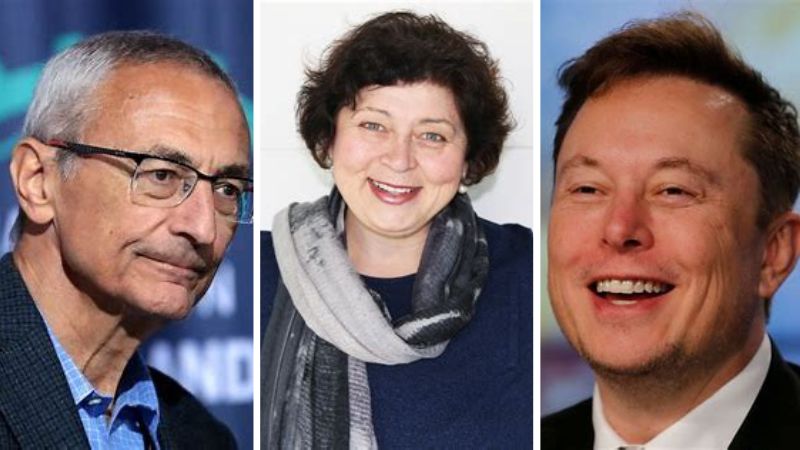 Editor's Note: Lesley Podesta took to Twitter to state that her previous claim of being John Podesta's wife was not true, calling it a "joke."

Lesley Podesta, a woman who once claimed to be the niece of John Podesta (who is the former White House Chief of Staff for Bill Clinton and a Senior Advisor to Joe Biden), resigned from Twitter's Trust and Safety Council on Thursday with two others saying it is over concerned about the "wellbeing of Twitter's users."

In 2018. Lesley referred to John Podesta as "her uncle John." It is unknown whether they are related by blood. 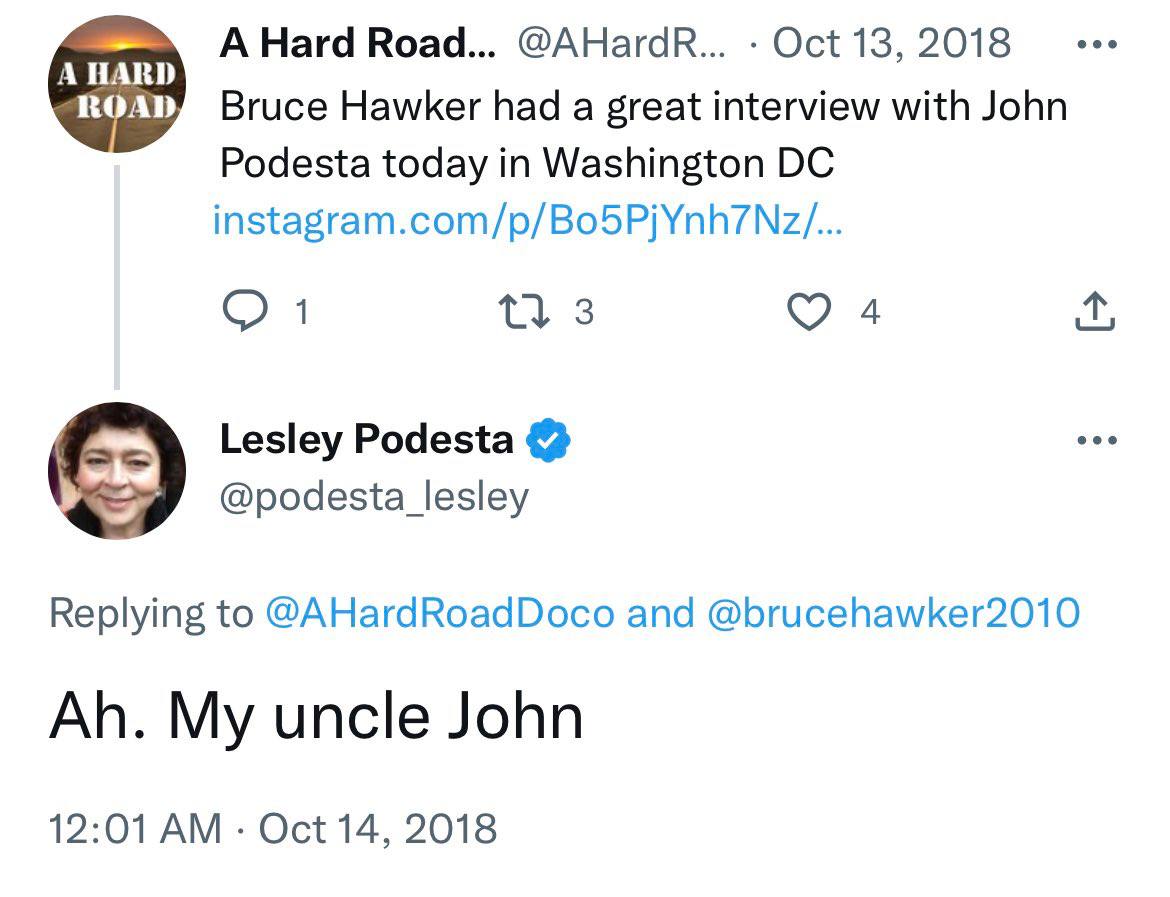 Podesta, along Eirliani A Rahman and Anne Collier posted their resignation on Twitter, which read, "We are announcing our resignation from Twitter's Trust and Safety Council because it is clear from research evidence that, contrary to claims by Elon Musk, the safety and wellbeing of Twitter's users are on the decline."

Responding to the resignation, Twitter user Cernovich said Podesta and her colleagues should be in jail, and Musk replied, "It is a crime that they refused to take action on child exploitation for years!"

Cernovich linked to a story by the New York Post from 2021 that reported on the copious amount of child pornography that was allowed be disseminated on Twitter with no intervention by Podesta or other members of the Trust and Safety Council.

In the resignation Eirliani was highlighted for serving "on the Council's Child Sexual Exploitation (CSE) Prevention advisory group."

SourPatchLyds pointed out that "Lesley Podesta (resigning as listed in this Tweet from Twitter) is John Podesta's niece (Democrat deputy chief of staff)."


In their resignation the three said "The establishment of the Council represented Twitter's commitment to move away from a US-centric approach to user safety," and stressed the globalist approach before Musk's takeover.

They claimed that Musk's reliance on "automated content moderation" will create more "abuse and hate speech" on the platform.

The statistics they cited were from the debunked Anti-Defamation League and the Center for Countering Digital Hate.

It remains unclear whether Lesley is related to John or if her claim was disinformation. What is clear, however, is that Twitter has done more to address the plague of child exploitation under Elon Musk than they ever did under the supervision of these people.