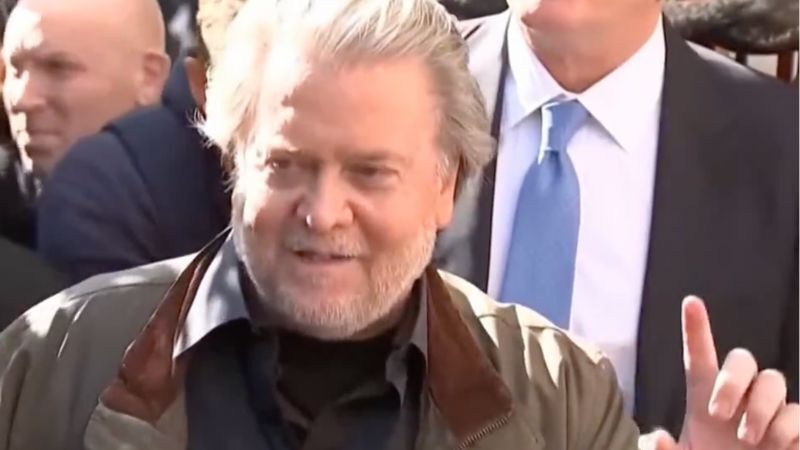 United States District Judge Carl Nichols has ordered a stay of Steve Bannon's prison sentence, pending appeal. Bannon was sentenced to 120 days for contempt of Congress for not complying with a subpoena from the January 6 Committee.

The Order Staying Sentence Pending appeal reads that "the Court finds that the Defendant, Stephen K. Bannon, (a) is not likely to flee or pose a danger to the safety fo any other person or the community if released and (b) that his appeal is not taken for the purpose of delay but rather raises substantial question of law that is likely to result in a reversal or an order for a new trial." 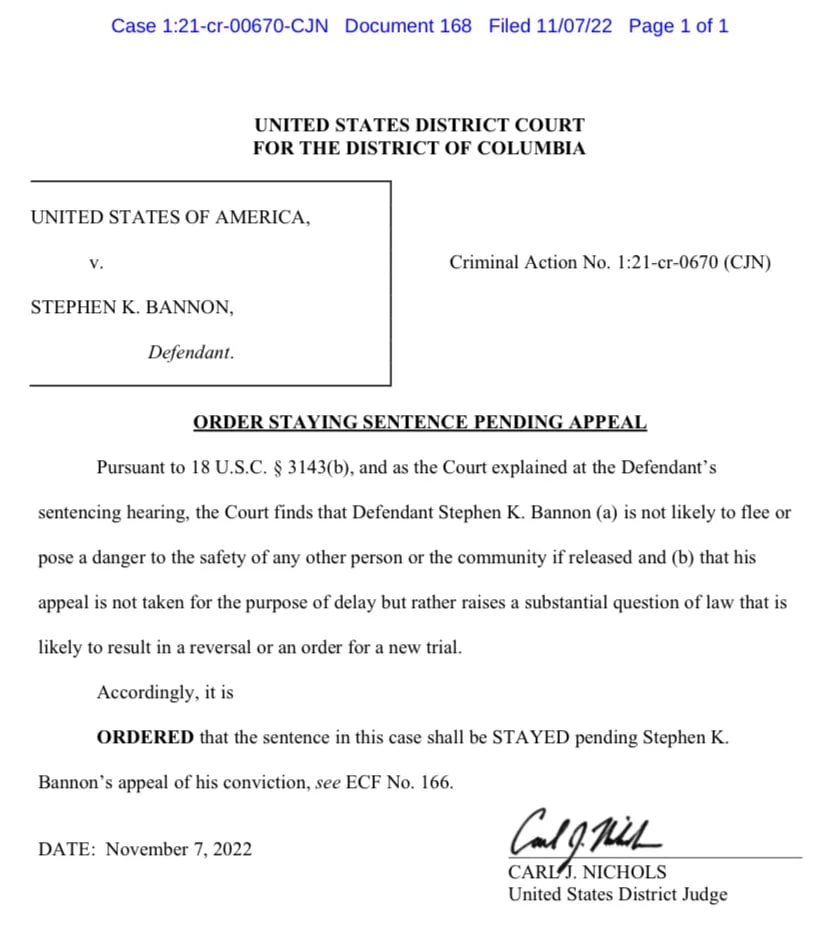 Bannon was found guilty on contempt charges in July during a trial that many believed had an outcome prior to it having begun.

Bannon faced charges of contempt of Congress for refusing to comply with a subpoena that was issued by the January 6 Committee in September 2021, which was looking to uncover communications between Bannon and former President Donald Trump in the lead up to and surrounding the Capitol riot on January 6, 2021.

It is the committee's contention that Trump incited a riot and they are looking at communications of nearly everyone who was close to the President at the time. Close associates of Trump have had their homes searched and their devices seized over the past few months.

Bannon's refusal to comply with the subpoena was due to the former president having invoked executive privilege, saying that their communications were protected. The committee refused to grant that, and found him in contempt of Congress in October 2021. In November of that year, Bannon surrendered to the FBI.

Trump issued a letter to Bannon stating that he was free to testify before the committee, and Bannon's attorneys, in turn, submitted the information of Bannon's willingness to appear to the committee.

The committee declined to withdraw charges, stating that the contempt charges had already been assessed and that though Bannon may now be willing to testify, that doesn't change his past refusal.