"While I take the time to look inwards and reflect, I ask that you give me space and privacy." 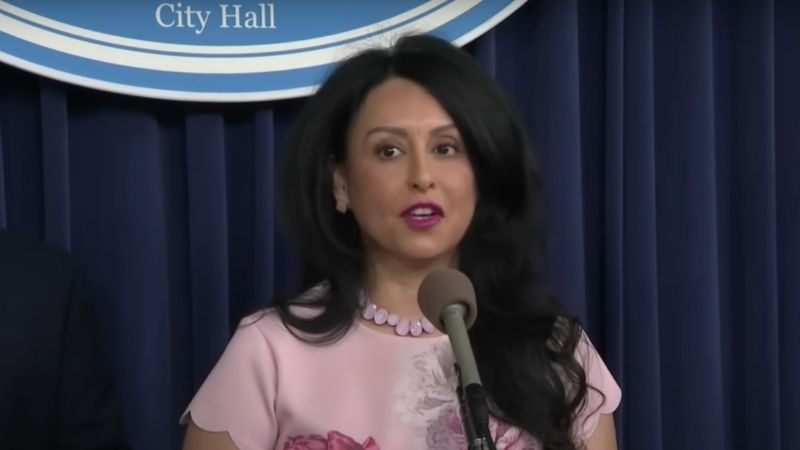 On Wednesday, former Los Angeles City Council President Nury Martinez resigned fully from the council after backlash regarding racist remarks made in a resurfaced audio clip of a meeting. This after she had already resigned as council president.

In a statement, Martinez announced that, "It is with a broken heart that I resign my seat for Council District 6, the community I grew up in and my home."


"To my constituents - Serving you has been a privilege and one that I don’t give up lightly. You are my neighbors, my friends, and the reason for this service. Throughout these 9 years, we’ve been able to work together to fix our parks, our streets, our sidewalks, and improve the overall quality of life for our neighborhoods. I hope you stay engaged and continue to fight for your fair share of the city’s resources. It’s hard to say goodbye, but please know that I was in this fight for you."


"To my colleagues - I know we’ve had a hard couple of years and I know this work hasn’t always been easy for us. My only goal as Council President has been to champion a families first agenda that we can all be proud of. Each of you have worked hard on policies and programs that uplift Angelenos across this city. I hope that this work continues and that workers and working class families remain in the forefront of the priorities of this Council. While I leave with a heavy heart, know that I wish you all the best and I have faith in your strength to unite this city."

"To the City employees - you have been my second family. From the start of my presidency, you rallied around me and embraced my families first agenda. You work hard every day and show up for this City’s residents. During the pandemic, when everyone stayed safe at home, you came to work, you delivered services, you became disaster workers, essential workers, and you got this city through out hardest times. I thank you and this city thanks you."

Martinez continued on to thank her family and staff, ending with, "to all little Latina girls across this city - I hope I’ve inspired you to dream beyond that which you can see."

"While I take the time to look inwards and reflect, I ask that you give me space and privacy."

Martinez and two other council members came under fire after audio of an October 2021 meeting regarding redistricting was posted to Reddit, revealing racist remarks made by the group. The Group included Councilmembers Kevin de Leon and Gil Cedillo as well as Los Angeles County Federation of Labor President Ron Herrera.

Martinez called the black son of white council member Mike Bonin "ese changuito," which is Spanish for "that little monkey."

She also criticized Bonin for his child’s behavior at a Martin Luther King Day parade, saying that the child was misbehaving and he would have been injured if she didn’t step in to "parent this kid."

"They're raising him like a little white kid,'' Martinez said. "I was like, 'this kid needs a beatdown. Let me take him around the corner and then I'll bring him back.'"

In the days following the backlash, both Martinez and de Leon issued apologies for their actions, while Cedillo said he should have intervenes in the conversation.

Following the backlash, Martinez resigned from her position as president, but remained on the council until her Wednesday resignation.

“The president is glad to see that one of the participants in that conversation has resigned, but they all should,” she said, adding that the language was “unacceptable” and “appalling.”