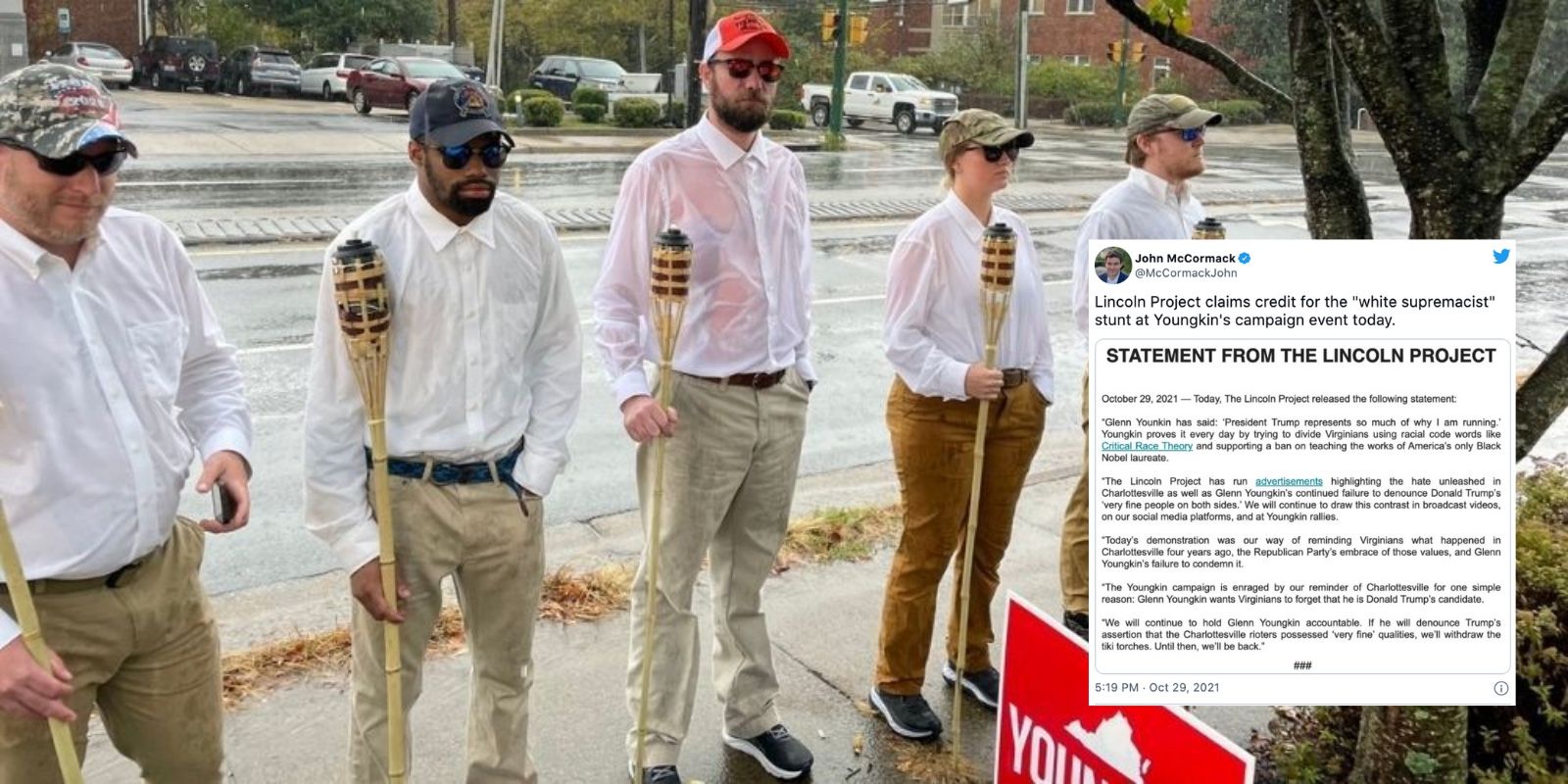 A statement from the Lincoln Project read that their intention was to link Youngkin to Trump, and remind voters about the Charlottesville protest in 2017 during which a young woman was killed when she was hit with a car.

It was revealed on Friday that the alleged white supremacists outside the Youngkin campaign bus was staged by Democrat staffers.

The fake white supremacists were dressed in khakis, white button up shirts, baseball caps, and holding tiki torches. As the photos made the rounds on social media, Twitter users started digging into the identities of those in the photos, discovering that they were leftists trying to make Youngkin look bad to support his opponent, Terry McAuliffe.

Social media was full of questions like that from Josh Marshall, asking why Youngkin allowed white supremacists at his event. He didn't.