Florida Rep. Matt Gaetz tells The Post Millennial that the GOP is actually rather united. Cheney's ouster evidences that unity. 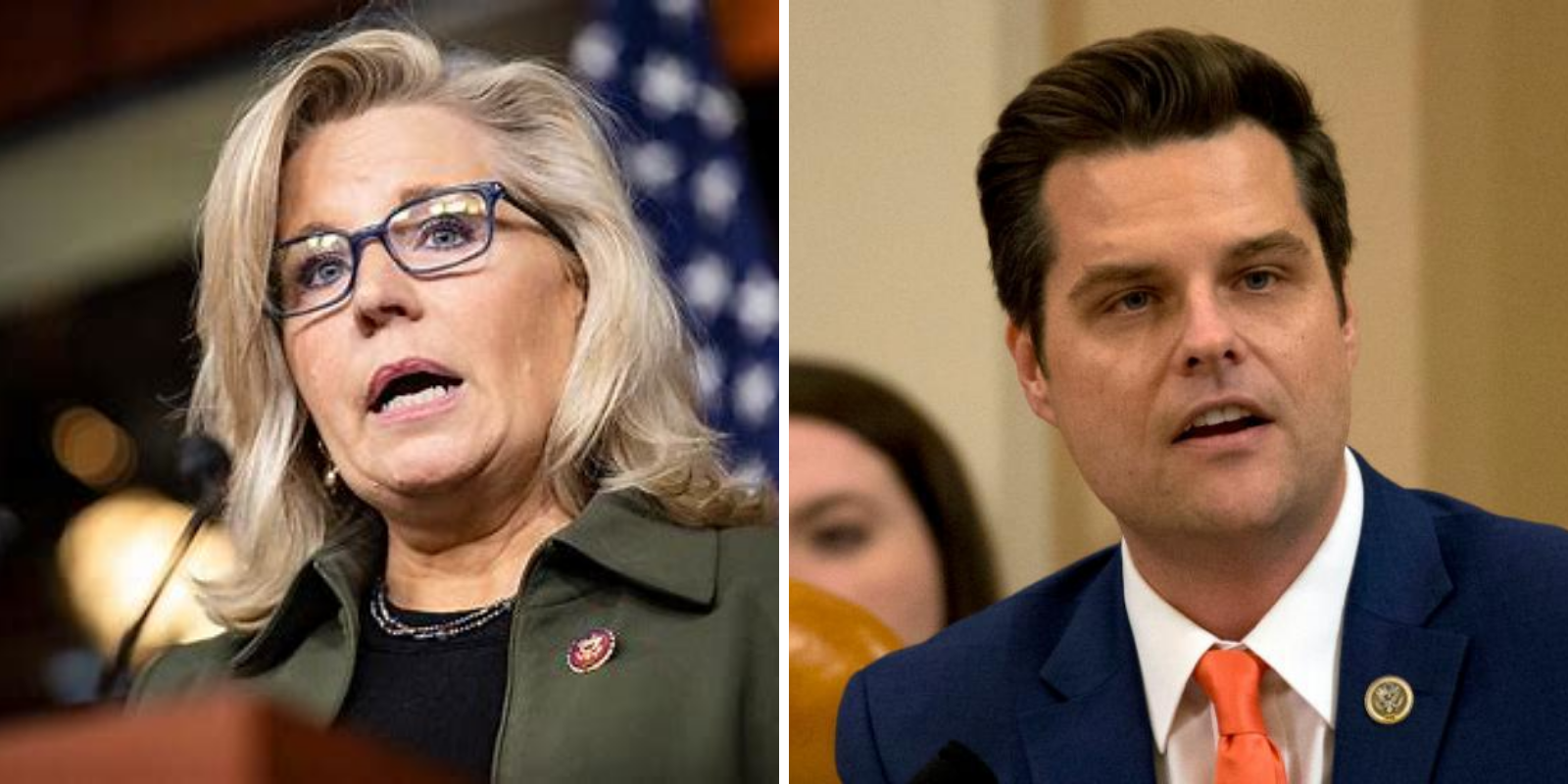 The House GOP gathered for a secret vote on Wednesday to remove Wyoming Rep. Liz Cheney from her leadership position as the chair of the House Republican Conference.

The move is a victory for Rep. Matt Gaetz and his pro-Trump allies, who have been campaigning against Cheney and her direction for the GOP since January. At the time, Gaetz went to Cheney's home state and spoke to her constituents about her leadership failures.

Gaetz told an assembled crowd that they should "Defeat Liz Cheney in this upcoming election and Wyoming will bring Washington to its knees. How can you call yourself a representative when you don't represent the will of the people?"

The closed-door meeting came only hours after Cheney gave a speech on the House floor saying that she would "not sit back and watch in silence while others lead our party down a path that abandons the rule of law."

Cheney has been touted as a hero in the eyes of the mainstream press for holding her colleagues' feet to the proverbial fire, but for GOP Florida Rep. Matt Gaetz, Cheney has been a problem for leadership since January.

Speaking to The Post Millennial, Gaetz said that "Rep. Cheney's record doesn't stand with the party. This is a party that wants to stop endless wars, wants an immigration and economic policy that supports the America First agenda. This is a party that gave President Trump over 90 percent of their vote, and she made it her personal mission to fight against him, support the left-wing media’s narratives, and spit in the eye of every Republican who voted for him and supported his agenda."

She was one of 10 Republicans who voted for the impeachment of Donald Trump as he exited the White House, on charges of "incitement of insurrection" after the Capitol riot which cost Trump supporter Ashli Babbit her life at the hands of the Capitol Hill Police. Cheney blamed Trump fully, including for the death of five people, four of whom died from medical incidents, saying that Trump "summoned," "assembled" and "lit the flame of this attack."

Cheney's take is that former President Trump was responsible for the Capitol riot on Jan. 6, and that the country faced a threat "never seen before" as Trump continues to tell the story that the 2020 election was "stolen from him." Republicans didn't sit in the House for Cheney's rebuke, leaving near the top of her speech.

"Our party is more united now than it has been in some time," Gaetz said. "We have a blueprint of how to reach the largest numbers of voters in history. Supporting sensible policies on immigration, trade, big tech, woke capital, and foreign policy should be the staple of our party. In all decision making, we should look at what’s in the best interest of the least among us. The hardworking Americans building a life for themselves and their families. We are the party of the worker, the patriot, and the silent majority who still believes that this is the last best hope."

The New York Times reports that Cheney's removal reflects "the party's intolerance for dissent and unswerving fealty to the former president." CNN and other left-leaning media outlets used this to say that the GOP is having an identity crisis. But this is more about their desire for the GOP to have an identity crisis than what is actually happening.