This 14 year sentence in addition to the five years he is currently serving for other charges, including stealing almost $300,000 in book-advance money from his then-client Stormy Daniels 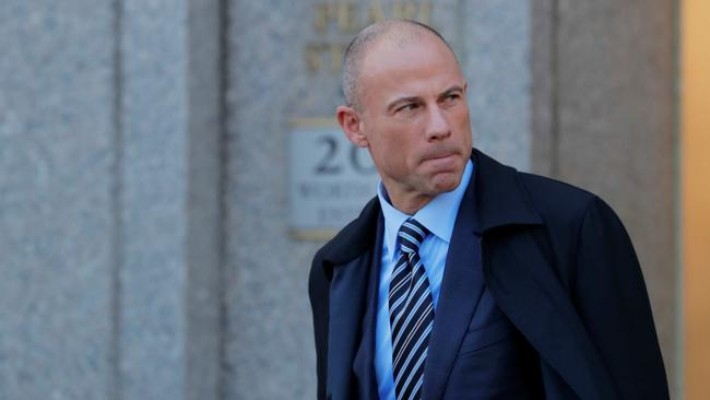 This 14 year sentence is in addition to the five years he is currently serving for other charges, including stealing almost $300,000 in book-advance money from his then-client Stormy Daniels

In June, Avenatti plead guilty to four counts of wire fraud and a single count of tax fraud, and admitted to misappropriating funds from clients totaling around $10 million.

During his sentencing on Monday, Avenatti appeared solemn, often keeping his head down and hands in front if him while hearing statements from two of his victims, according to Law and Crime News' senior reporter Meghann Cuniff, who was documenting the proceedings.

"You honor, I am deeply sorry and remorseful for my criminal conduct," he told U.S. District Judge James Selna. "I caused harm and damage to four individuals who relied on me, who needed me and were not only my clients, but my friends."

He goes on, "I cared about them, helped them and fiercely advocated for them. Yet inexplicably, I later took from them. I will not stand here and attempt to offer any excuses for my conduct because there are none."

Judge Selna told the courtroom that Avenatti has done "great evil for which he must answer" and that he's shown "an abandonment of some of the most basic principles of fairness."

"It is now time to pay his debts to the victims, the government and society," the Judge said, right before sentencing him.

In July of 2021, he was also convicted of extortion after trying to get Nike to pay him $25 million that he claimed he was owed on behalf of a Los Angeles youth basketball team. He was sentenced to 30 months in prison and wept hysterically in response.

On top of the numerous fraud charges against him, he also admitted to blocking IRS efforts to collect unpaid payroll taxes of an estimated $5 million, include payroll taxes that had been withheld from employee paychecks of a Tully's Coffee operated by an Avenatti-owned company.
ADVERTISEMENT
ADVERTISEMENT
avenatti