New evacuation orders were issued at 11 pm yesterday, as northern Alberta residents were told to fuel up their vehicles and escape. 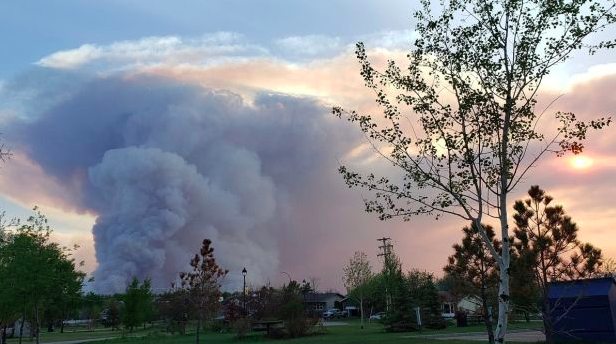 New evacuation orders were issued at 11 pm yesterday, as northern Alberta residents were told to fuel up their vehicles and escape.

According to CBC, the conditions in the area are the “driest in 40 years,” as thousands of people have already been forced to flee their homes.

Everyone in the hamlet of La Crete and the rural area outside of the hamlet east of Steep Hill Creek was ordered to leave immediately.

The affected areas also include the Rocky Lane and High Level area north of the Peace River, west of Range Road 150, south of Highway 58, south and southeast of High Level.

With plunging humidity levels and winds buffed up to 20 kilometres per hour, the fire was expected to be particularly aggressive. The fire now covers 300,000 hectares of boreal forest, and is expected to expand rapidly.

It is expected, as a sign of relief, that the area will see some showers with a high around 22ºC. Wildfire information officer Travis Fairweather said officials are hopeful the rain will give firefighters some relief.

“It’s going to take several days of rain to make an impact on this fire, but we’ll take what we can get,” Fairweather said this morning.

The town of High Level said on its website Monday evening that residents aren’t required to leave at the moment, but should gather documents, get food and water ready and fuel their vehicles in case a mandatory evacuation becomes necessary.

Numerous experts believe the wildfires are linked to climate change, as the Parliament passed the declaration of a Climate Emergency yesterday.

What do you think the authorities should do? Let us know in the comments below.