New Yorkers will again be prohibited from dining inside restaurants come Monday, as Gov. Andrew Cuomo announced on Friday that indoor dining would be suspended "indefinitely." 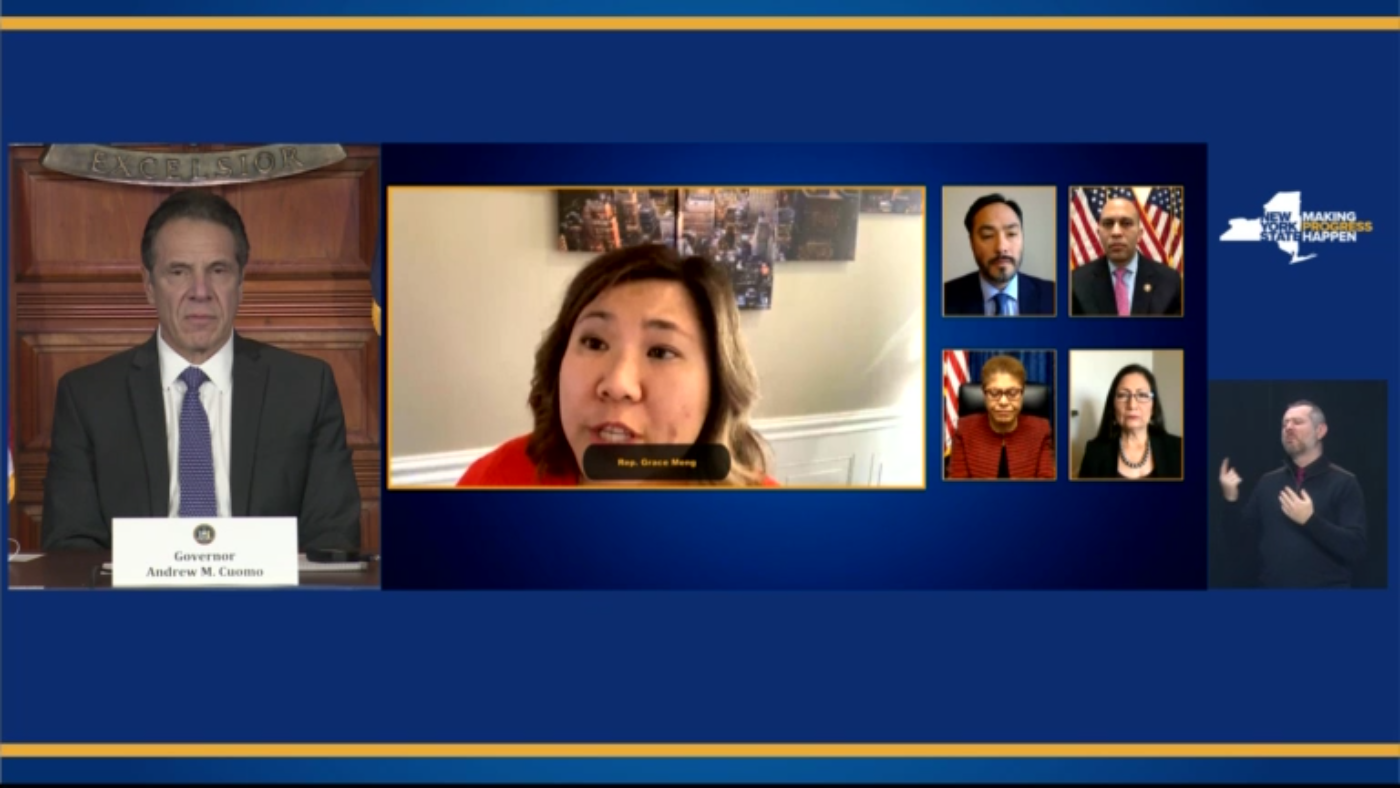 New Yorkers will again be prohibited from dining inside restaurants come Monday, as Gov. Andrew Cuomo announced on Friday that indoor dining would be suspended indefinitely.

Cuomo did not give any indication of a timeline for reopening. Instead, he said that he has concerns about the hospitalization rate in the state, which is currently at 5,321, according to local news.

He asked for the federal government to provide relief to the businesses in New York, and said that there would be a continuation of the commercial eviction moratorium. Gyms and salons are allowed to remain open.

Mayor de Blasio said that indicators of COVID spread in the city are "a sign the hospitalization issue is becoming a bigger challenge."

When restaurants were allowed to reopen for indoor dining in November, albeit at reduced capacity, 100,000 New Yorkers were able to go back to work.

De Blasio said the priority now is to protect public health, and gave no indication as to what business owners or their employees are supposed to do to make ends meet.

"I feel tremendous empathy for restaurant owners, a lot of them are mom and pop businesses, we want them to survive. We need them to survive," de Blasio said.