"They will never shut me up, they’ll have to kill me first," Bannon said. 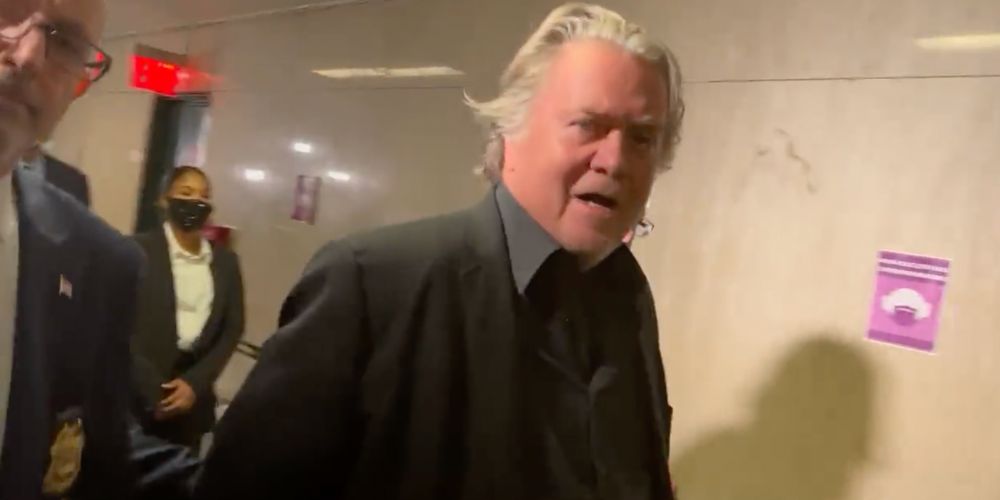 Just hours after former Trump advisor Steve Bannon turned himself in to New York authorities, law enforcement officers were seen parading Bannon on a "perp-walk" in front of a crowd of reporters.

With at least seven people escorting Bannon into the courtroom as cameras flashed, Bannon stated that "for every conservative in America, this is what happened in the last stage of a dying regime."

"They will never shut me up, they’ll have to kill me first," Bannon said.

According to Fox News, Bannon was charged with six counts that include money laundering in the second degree, scheme to defraud in the first degree, and conspiracy in the fourth and fifth degrees.

The indictment, to which Bannon pleaded not guilty, alleges that Bannon used WeBuildTheWall, Inc. to bring in donations through a crowdfunding website.

Those donations were then allegedly funneled through "various third party entities," with a portion of the funds raised going to the CEO of WeBuildTheWall, despite the organization and CEO stating that they would not be compensated.

According to Fox News, Bannon was released on no cash bail, and was ordered to surrender his passport.

Bannon had previously faced federal charges for his alleged role in the scheme, but then-President Donald Trump had pardoned Bannon before the trial was held.

"Just days after being swatted three different times by deranged thugs from New York City inspired by the Biden Administration to assassinate me by police, the Soros-backed DA has now decided to pursue phony charges against me 60 days before the midterm election because WarRoom is the major source of the MAGA grassroots movement," Bannon said in a statement.

"The [Southern District of New York] did the exact same thing in August 2020 to try to take me out of the election," Bannon continued. "It didn’t work then, it certainly won’t work now. This is nothing more than a partisan political weaponization of the criminal justice system."