"Get the facts please before forming an opinions. And the Attorney General is doing that review and I will fully cooperate with it, and then you will have the facts, make a decision once you have the facts," he said. 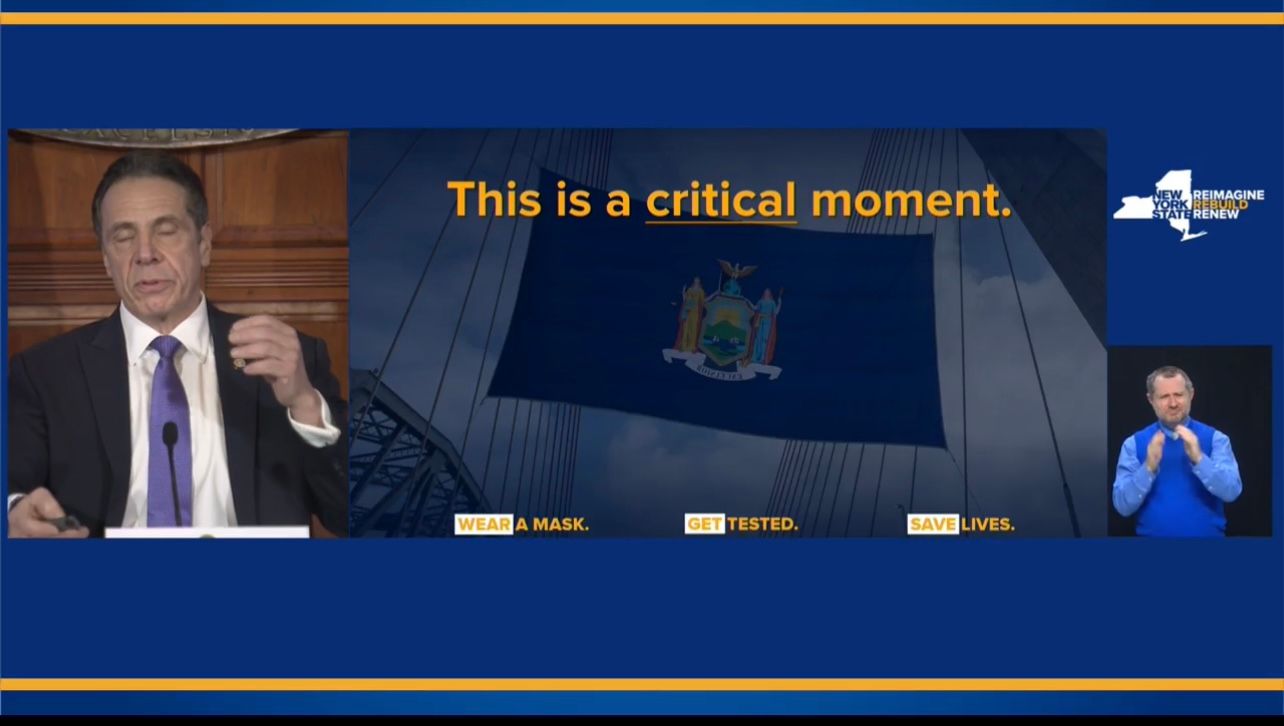 New York Governor Andrew Cuomo held his first press conference in over a week on Wednesday, where he addressed reopening, his new plan for an Empire Pass to allow New Yorkers to travel freely, and the legislative removal of his emergency powers.

Cuomo addressed the allegations of sexual harassment against him, saying that while he has been advised by his attorneys not to say anything he wanted New Yorkers to know where he stood.

"I fully support a woman's right to come forward and I think it should be encouraged in every way," he said. "I now understand that I acted in a way that made people feel uncomfortable. It was unintentional and I truly and deeply apologize for it. I feel awful about it and frankly I am embarrassed by it. That's not easy to say. But that's the truth. But this is what I want you to know, and I want you to know about this directly.

"Get the facts please before forming an opinions. And the Attorney General is doing that review and I will fully cooperate with it, and then you will have the facts, make a decision once you have the facts," he said.

"I have learned from what has been an incredibly difficult situation for me as well as for other people, and I've learned an important lesson. I'm sorry for any pain I have caused anyone I never intended it and I will be the better for this experience."

Journalists were primarily interested in hearing more about the sexual harassment scandal that's currently plaguing his administration, and most all of the questions were about this.

Cuomo insisted that "hugging and kissing" people as a form of greeting was part of his heritage and background, and that this was how his father greeted people too.

When asked if he would resign, he said not, that "this is not the day for politics," and confirmed that he would not be voluntarily leaving office prematurely.