BREAKING: One arrested in Loudoun County school board protest over critical race theory

Parents at a Loudoun County schools meeting over Critical Race Theory and transgender student policy erupted into chaos, prompting officials to put the meeting on hold. Police were called, and one parent was arrested. 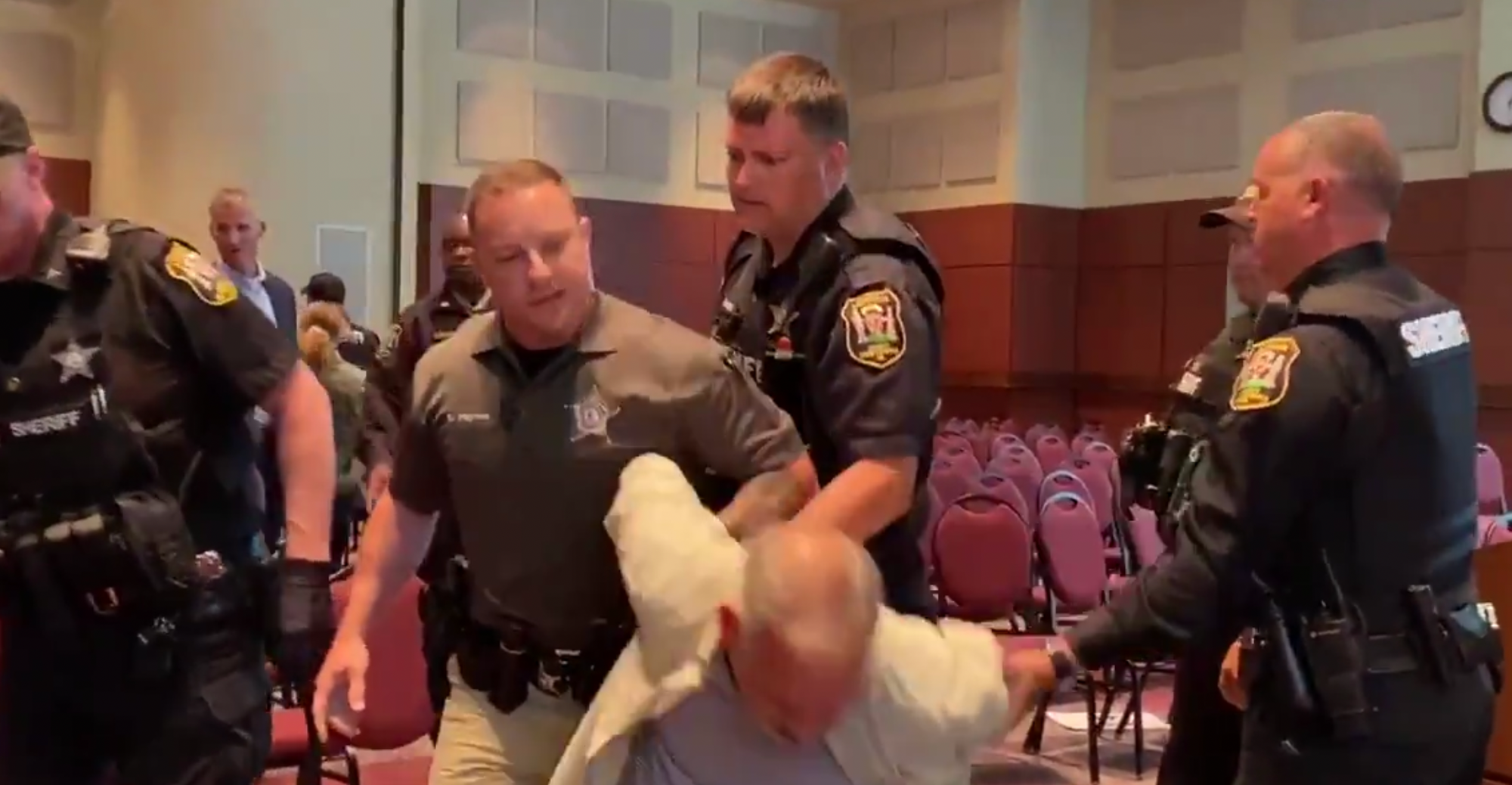 Parents at a Loudoun County schools meeting over critical race theory and transgender student policy erupted into chaos, prompting officials to put the meeting on hold. Police were called, and one parent was arrested.

Virginian parents were protesting the school board’s inclusion of Critical Race Theory in its syllabus when the outbursts were declared an unlawful assembly, as posted by the Daily Caller. A man can be seen being tackled by sheriff’s deputies during the chaos.

According to Fox News, an ambulance was also called to the meeting, but the injury was reportedly unrelated to the protest.

Close to 250 people were signed up to speak at the most recent school board meeting on Tuesday night. Despite the turnout, the district was not scheduled to vote on a matter relating to the termination of elementary school PE teacher Byron “Tanner” Cross, who was suspended for refusing to comply with the school board’s policy of calling transgender-identifying students by their preferred pronouns. He said that the demand ran contrary to his religious beliefs, and he recognizes only the two biological genders.

He was later reinstated, as reported by The Post Millennial.

“Tanner Cross, a Virginia elementary school teacher and ADF client who was suspended for raising concerns to the board about a proposed gender policy, has won a temporary injunction and the judge has ordered his reinstatement. A massive victory for freedom of speech,” stated the Alliance Defending Freedom, which represented him.

Atmosphere at the Loudoun County school board has been charged in recent months as several meetings were marked by furious exchanges over the inclusion of Critical Race Theory in the school curriculum. According to Fox, the superintendent claims that the district is merely emphasizing “equity” in its approach, not CRT. “Equity” is commonly synonymous with efforts to apply Critical Race Theory in practice and policy.