O'Toole said that his party's climate change plan will match the emission reductions being promised by the Trudeau Liberals, "Without the economic disruption their plan will cause." 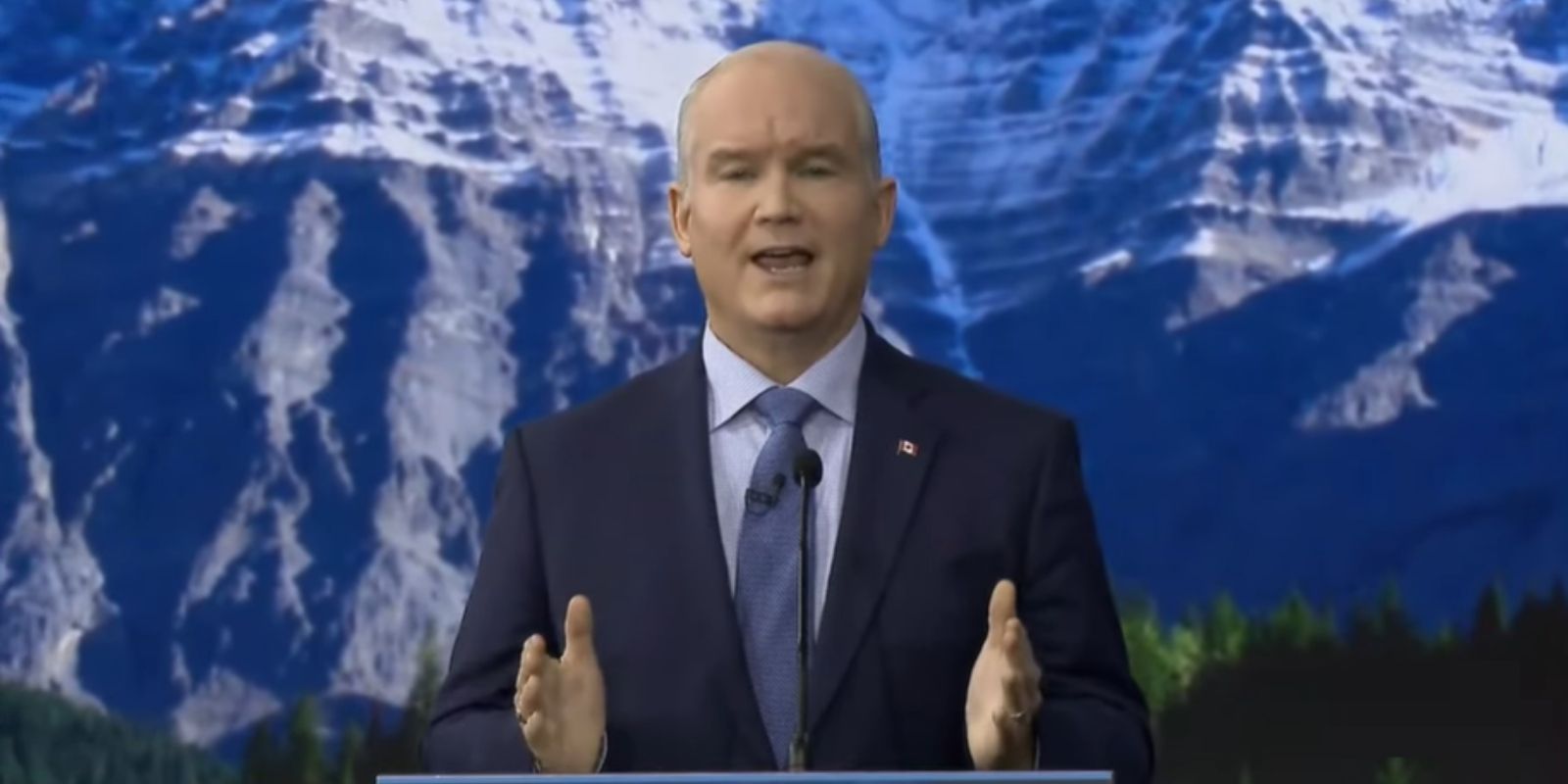 Conservative Party Leader Erin O'Toole revealed his party's new climate change plan on Thursday, touting it as one that will achieve the "same emission reductions as the Liberals' plan, while growing jobs and the economy."

O'Toole said that the Conservative plan would scrap the Trudeau carbon tax backstop, and that his government would instead "implement an innovative and national personal low carbon savings account."

"This will maintain a consumer price on carbon, but without one penny going to the government," said O'Toole. "Instead, every time Canadians buy hydro-carbon-based fuel, they will pay into their low carbon savings account, which they will manage and use towards purchases that will help them lower their carbon footprint, improve the efficiency of their home, and live a greener life."

"That could mean applying the savings account towards buying a transit pass, or putting the money towards a new, efficient furnace, or new windows. It could even contribute towards the purchase of a hybrid or an electric vehicle."

O'Toole said a zero-emission vehicle mandate would also be introduced, based on British Columbia's policy, requiring 30 percent of light-duty vehicles sold to be zero-emission by 2030.

"With our national clean energy strategy, we will build a cleaner, more resilient energy grid, that will support the growth in electric vehicles and allow more rural and remote communities to reduce reliance on higher carbon fuels, and transition to electricity," he said.

O'Toole's climate plan also includes a tax credit that would be used to "rapidly accelerate" the deployment of carbon capture utilization and storage.

"The Liberal approach to climate change is one of big government taxing consumers and phasing out jobs at a time when we need them the most. The Conservative approach will put consumers in the driver's seat and will reduce emissions while preserving jobs in all sectors and all regions," said O'Toole.

O'Toole said that his party's climate change plan will match the emission reductions being promised by the Trudeau Liberals, "Without the economic disruption their plan will cause."

"When compared to the Trudeau carbon tax, our plan is just as effective in emission reduction, but vastly superior in preserving jobs and growing the economy," he said.