These guns, federal agents say, were "traced as being among those used in deadly Roxborough HS shooting 16 days before." 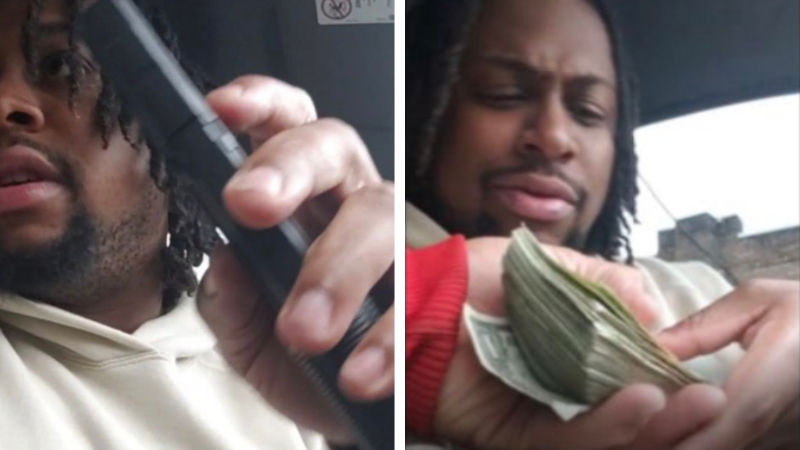 Libby Emmons Brooklyn NY
Oct 27, 2022 minute read
ADVERTISEMENT
ADVERTISEMENT
Federal agents in Philadelphia have apprehended a Deputy Sheriff on video who was selling two guns that were used in the deadly shooting after a football scrimmage at Roxborough High School. They were sold by the deputy sheriff after the shooting.

Reporting from Steve Kelley at Fox 29 stated that the federal agents recorded the deputy sheriff, Samir Ahmad, accepting $3,000 in a case for the sale of these two, semi-automatic Glocks as well as ammunition, from a federal informant. Ahmad was a deputy sheriff in the city of Philadelphia from 2018-2022.

These guns, federal agents say, were "traced as being among those used in deadly Roxborough HS shooting 16 days before." The report reads that "both of the firearms the defendant sold on October 13, 2022 were traced by law enforcement as being used in a deadly shooting in Roxborough about two weeks prior."

"On September 27, 2022, at least four individuals opened fire on a group of juveniles leaving a football scrimmage at Roxborough High School in Philadelphia. Five juveniles were shot, and one was fatally wounded."

Of that shooting, police said Roxborough High School students had been walking along Pechin Street when they were "ambushed" by  at least two gunmen.

More than seventy rounds were fired, and while police said at the time they did not know what the motive could be, authorities were searching through social media and surveillance footage to try to ascertain one.

Deputy Police Commissioner John Stanford expressed his sadness and offered condolences to the one family whose son “won’t make it home today.”

Nicholas Elizalde, 14, died after being shot in the chest. Efforts to revive him at a local hospital failed.

The conversation between Ahmad and the informant reveals that the informant told Ahmad that he was an undocumented immigrant and that therefore he could not buy a gun on his own.

A report of the transaction reads that "While waiting, the CHS and AHMAD discussed that the CHS was an undocumented immigrant and that AHMAS was a Deputy Sheriff."

After revealing the informant revealed information about his undocumented status, Ahmad said "You don't got to worry about none of that."

Later, the informant asked Ahmad how long he'd been a deputy sheriff, and Ahmad said he was working in that capacity for 7 years, and that he made "roughly" $80,000 per year.


The report from federal agents reads that Ahmad sat with the informant in the car where they were meeting for about 15-20 minutes, then received a call. After this, he exited the car, went to another car to meet with another individual, and then returned to the car with the informant carrying two pistols, the Glocks.

Ahmad offered to sell the informant a third gun, as well, for another $3,500.00. He brought an extra magazine, as well to show that he had proof of a firearms transaction record for purchase. Ahmad offered to get ammunition for the guns, we well, and went to an address on North Bouvier Street to obtain that ammunition. This, the report shows, is Ahmad's residence.

A motion has been filed for Ahmad's pre-trial detention. He has been terminated from his position, and is charged with "selling firearms to a person unlawfully in the United States," as well as "trafficking in firearms."

Philadelphia DA Larry Krasner said that the focus on the surging crime in the City of Brotherly Love is "racist." He classified efforts by the GOP to impeach him from office, an office that has oversean a 54 percent rise in shootings and an increase in the homicide rate of 50 percent, as "coded and racist language."