She was asked by Giuliani, "Did your supervisor coach people to vote for Joe Biden?" and she replied "yes." 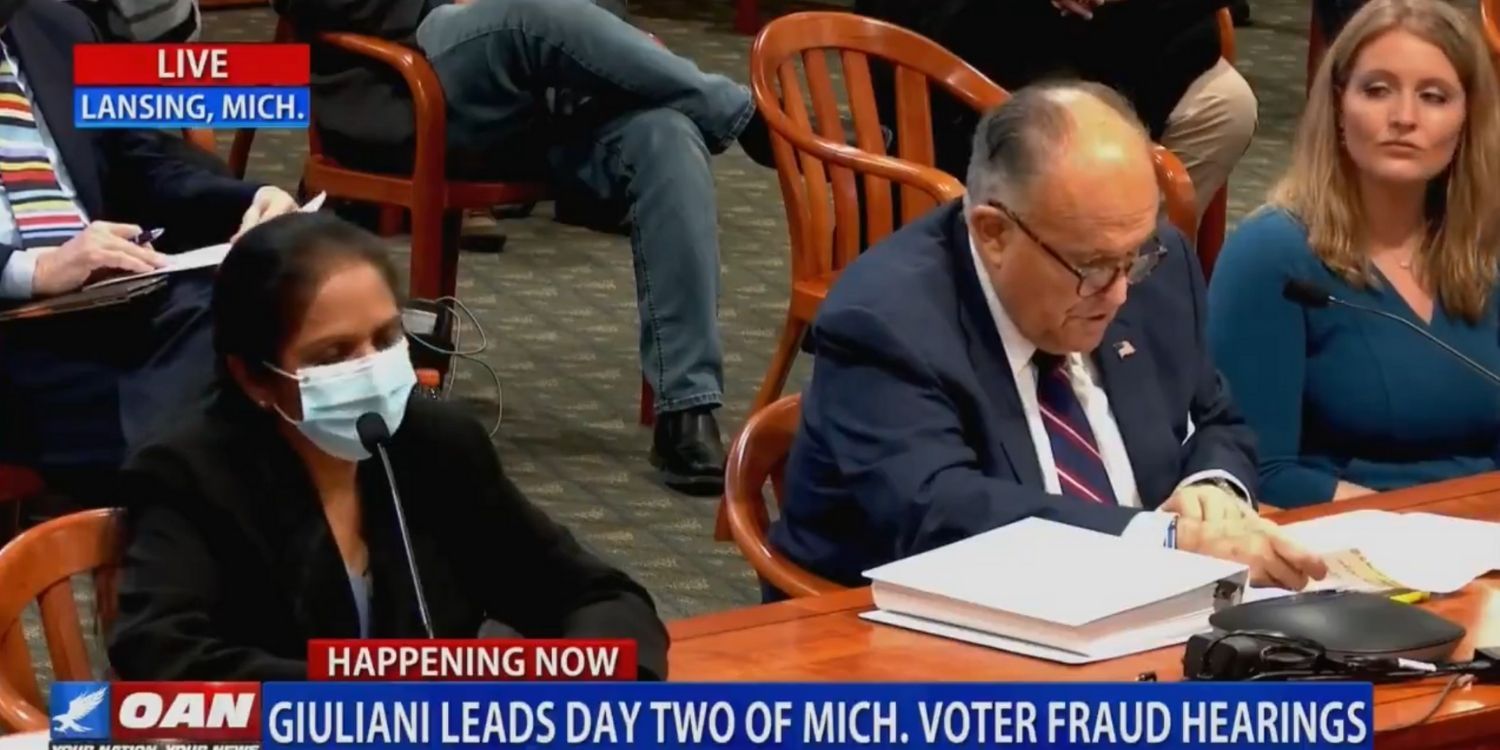 A Michigan poll worker testified on Wednesday, alleging that her supervisor told her to intentionally backdate ballots. Jessy Jacobs is seen sitting next to Rudy Giuliani in Lansing, Michigan, where the poll worker says she was witnessed fraud at a poll station in Detroit, on election day. Jacobs made shocking allegations of fraud, stating that she has a recording of someone telling her how to cheat ballots.

Jacobs is asked Rudy Giuliani, "Did your supervisor coach people to vote for Joe Biden?" She simply replied, "yes." She also alleges that in her recording of a worker telling her how to cheat, she is told to approve ballots "even if the address is wrong."

Jacobs said she felt a sense of duty to report this, "I've been in this country for 35 years. I am who I am because of this nation." She continues, "I am a devoted Catholic. I was able to go to church and pray the rosary."

"I hope this will help this nation. this is the only reason I'm here," Jacobs concluded.

The Trump campaign continues to allege fraud in a number of states, including Michigan. With the certification now in place, Trump's only chance at overturning the election is by persuading state legislatures to un-certify and launch an investigation into the matter of fraud.