President Trump addressed the nation Thursday evening regarding the Wednesday riots at the U.S. Capitol. 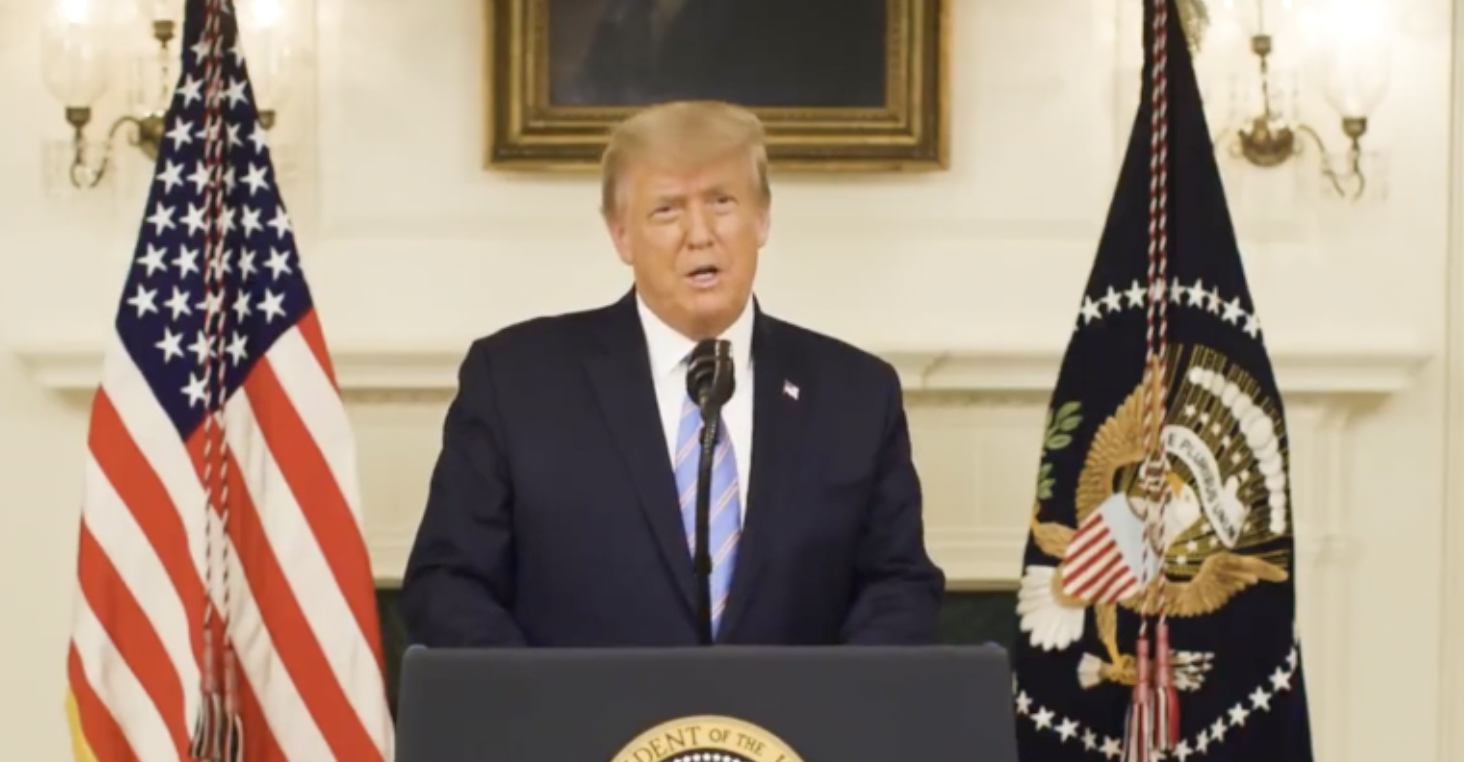 President Trump addressed the nation Thursday evening, conceding defeat in the 2020 election and condemning Wednesday's riots at the U.S. Capitol.

“A new administration will be inaugurated on Jan. 20,” Trump acknowledged for the first time.

"Like all Americans I am outraged by the violence, lawlessness and mayhem," President Trump started.

Thousands of the President's supporters stormed into the Capitol building Wednesday afternoon, clashing with law enforcement and looting Congress, resulting in several fatalities.

Trump explained that he deployed the National Guard as well as Federal troops Wednesday to assist with the unrest. Capitol Hill police were overrun by the rioters, who managed to enter the building cause damage to several areas.

"I immediately deployed the National Guard and federal law enforcement to secure the building and expel the intruders. America is and must always be a nation of law and order," he continued.

"The demonstrators who infiltrated the Capitol have defiled the seat of American democracy. To those who engaged in the acts of violence and destruction, you do not represent our country, and to those who broke the law, you will pay."

The President said he wishes America to return to business as usual.

"We must get on with the business of America," the President affirmed.

Trump added in his address that he still believes that America's voting laws require reform to ensure fairness.

"I was fighting to defend American democracy. I continue to strongly believe that we must reform our election laws to verify the identity and eligibility of all voters and to ensure faith and confidence in all future elections.

The President stated that now that Congress has certified the electoral votes his focus has shifted to ensure a smooth transition of power.

"Serving as the President has been the honor of my lifetime, and to all of my wonderful supporters I know you are disappointed but I also want you to know that our incredible journey is only just beginning," the President concluded.