"There's fires all over the place. So?" The prosecutor asked. 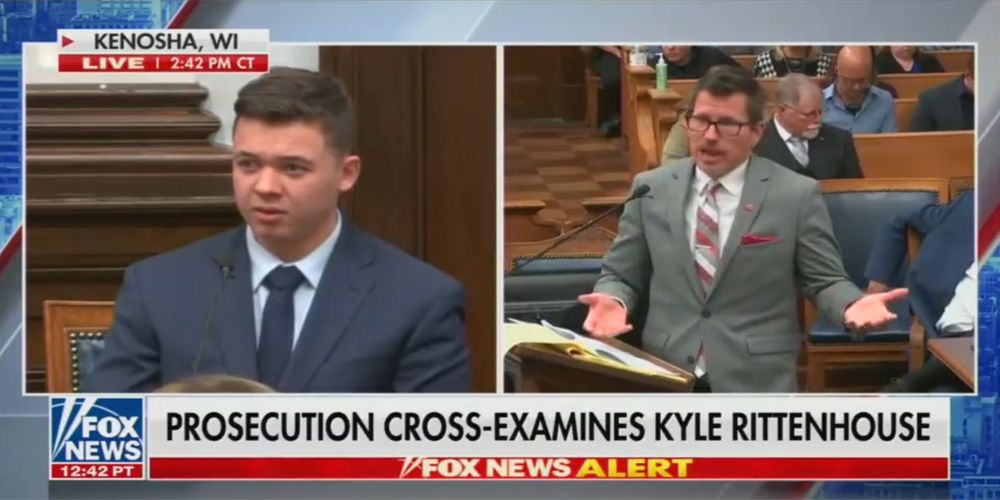 Assistant District Attorney Thomas Binger was limited with the scope of his questioning of Kyle Rittenhouse today during his testimony, to the point where the prosecutor questioned why the defendant was carrying a gun or putting out fires that night at all, whatsoever.

The prosecution’s bottom line was asking why did Kyle go out into the crowds at all? The prosecutor questioned how Rittenhouse could have felt a connection to a community where he didn't live, but worked, and where his father and extended family lived.

Binger asked "you decided you needed to run because of the fire?"

"Why? What was so urgent?" Binger asked.

"It was a fire," Rittenhouse said.

"There's fires all over the place. So?" The prosecutor asked.

A reporter for Fox6 Milwaukee last year noted that the Kenosha Fire Department was overexerted and dehydrated after having to put out "37 fires on the second night of the unrest as well as numerous EMS calls."

The prosecution had to be reminded that they couldn’t use Rittenhouse’s fifth amendment rights against him. But moreover, an instance that took place both before the night of August 25 couldn’t be introduced into the line of questioning in front of the jury.

This is what led Assistant DA Binger to go the route he did in his line of questioning.

"You brought your AR-15 along? Why?" asked Binger.

"Because it was with me already?" responded Rittenhouse.

Thomas Binger says that since Kyle Rittenhouse took off his gun earlier, it was somehow appropriate to do it again in different circumstances when Kyle was alone trying to look for his friend at a later point in the evening.

"I didn’t take my rifle off there because there was nobody I could hand it to," Rittenhouse says in response to Binger’s claim that Kyle could’ve given it back to Dominick Black at that time.

Rittenhouse testified that he didn’t want his gun stolen. The implication Binger was trying to make was that: if Kyle Rittenhouse brought his gun with him when he went to the Car Source to put out fires, he was intending to use the firearm.

Jiovanni Lieggi of Fox News noted that the jury at this point began tuning out the proceedings.

"There's a few that seem to be unattentive, no longer focused on the testimony. Several are leaned back with their legs and arms crossed. Almost everyone has stopped taking notes."

At other points in the trial the prosecutor questioned if Rittenhouse playing "Call of Duty" had bearing on his self-defense claim.

Given today’s cross-examination of Rittenhouse, the defense team said they would be filing for mistrial with prejudice.