As the nation awaits the verdict of the Kyle Rittenhouse trial, protestors outside have clashed, resulting in arrests. 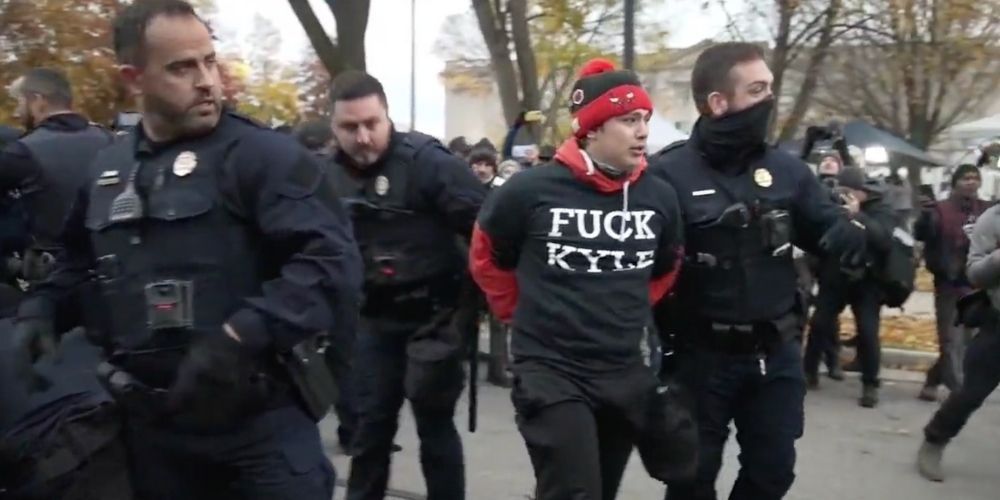 As the nation awaits the verdict of the Kyle Rittenhouse trial, protestors outside have clashed, resulting in arrests.

Video of the incident outside the court in Kenosha, captured by Twitter user Scootercaster, show protestors getting into a verbal argument that devolves into violence.

One protestor, who appears to be wearing a "f*ck Kyle" t-shirt, and was holding a sign that contained a woman's name, describing her as a "Convicted Felon, possession meth ammo handgun." The protester can be heard telling another woman, "look at this c*m dumpster right here."

The woman, who is wearing an American flag beanie responds by saying "you c*m dumpster? Your mom was. She should’ve swallowed your… a**."

Two go back and forth regarding the "c*m dumpster" comment, with the man ultimately throwing his sign in her direction, and stating "get the f*ck outta here."

Another woman standing off to the side then attempts to grab the woman's sign from her hands, knocking her to the ground. The man attempts to jump in, only to turn and assault a nearby journalist.

Police attempting to get a hold on the situation later arrest the man in the "f*ck Kyle" shirt, as well as at least one other protestor, who had claimed that an officer hit them and began walking into an area the police were securing to yell at the officer.