"I was hoping you could confirm that the laptop is indeed authentic and not Russian disinformation as you seemed to suggest on Twitter last year." 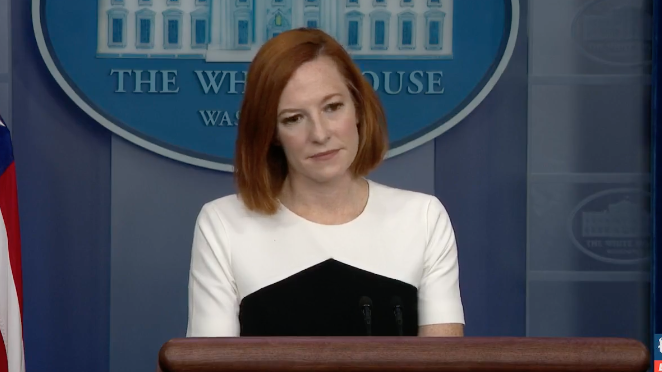 During a White House briefing on Monday, Press Secretary Jen Psaki was asked about Miranda Devine's upcoming book Laptop from Hell, and whether she believed that the contents of the laptop were the result of "Russian disinformation," as she said last year.

A New York Post reporter stated "The Biden administration put out a big report today addressing corruption," and asked "Shortly after President Biden's meeting with the Chinese president, the first son's attorney said that he has finally divested from a Chinese investment fund controlled by state-owned entities. I was hoping you could commit to basic transparency about that transaction, including the name of the buyer, the dollar amount and the timing."

"And the second question is," the reporter continued, "my colleague Miranda Devine has a new book out called Laptop from Hell, and I was hoping you could confirm that the laptop is indeed authentic and not Russian disinformation as you seemed to suggest on Twitter last year."

In October 2020, Psaki tweeted out that the "Hunter Biden story is Russian disinfo, dozens of former intel officials say."

"Well," Psaki replied, "on the first, the President's son is not an employee of the federal government, so I'd point you to his representatives. And as it relates to the book, I have neither had the time nor interest in exploring nor reading the book."

Psaki was not interested in further entertaining the questions about the book or Hunter Biden, and called on another reporter. However, the Post reporter continued to try to get his questions answered.

"I think I answered your question," she said before cutting him off, "you can go to the representative of the person who is not an employee of the federal government."

This narrative that the stories that emerged from Hunter Biden's laptop were part of a "Russian disinfo" campaign led to social media companies censoring and suppressing the story by Emma Jo Morris, and Twitter banning the New York Post from their platform.

Many US voters said that had they known about the laptop, Joe Biden's alleged involvement in his son Hunter's dodgy international business dealings, they likely would not have voted Biden into the presidency.