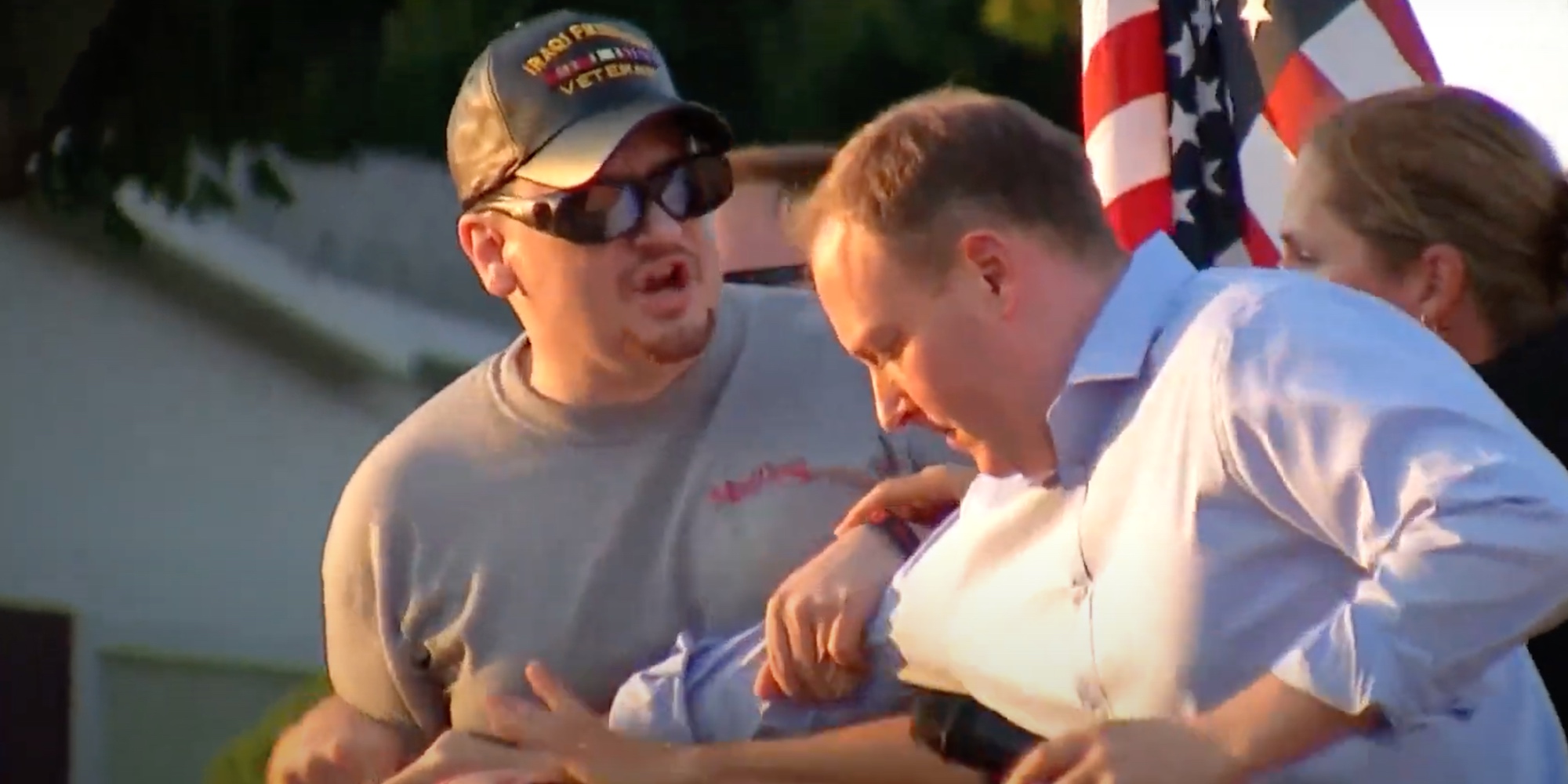 WIVB4 reported that Zeldin was speaking on bail reform when the alleged male attacker jumped on stage and started yelling. The suspect was wrestled with and during the altercation pulled out a blade with grips. According to reports, Zeldin was unharmed and finished his speech after the suspect had been subdued and taken away.

"Congressman Zeldin, Alison Esposito and all members of Team Zeldin are safe following tonight's attack," they wrote, adding that "far more must be done to make New York safe again."

"This is very much getting out of hand in this state. Unfortunately, Congressman Zeldin is just the latest New Yorker whose life has been affected by the out of control crime and violence in New York. This needs to stop! Thankfully, we still have exceptional women and men in law enforcement answering the call to protect our streets."

A video of the event shows the man who jumped on stage, walking up to Zeldin, putting a fist up to his face, and grabbing his arm.

AMVETS National Director Joe Chenelly reportedly rushed to Zeldin and tackled the attacker to the ground, and during the scuffle, the suspect took Zeldin to the ground on top of him.

According to Fox News, the Monroe County Sheriff’s Office said it is "aware of an incident at the speech of gubernatorial candidate Zeldin this evening."

"A suspect is in custody and Major Crimes is investigating," they added."

Zeldin posted on Twitter following the attack, "Thank you to all who reached out following tonight’s attack. Grateful I was able to grab onto his wrist in time when he lunged for my neck. Grateful many individuals on site quickly jumped in & tackled him. Grateful for the local law enforcement who apprehended the attacker."

He added, "Political scores should be settled at the ballot box, not on stage at campaign events trying to violently attack candidates you disagree with. This is not ok. This is the United States of America. This is the greatest country in the history of the world."

Zeldin won the GOP nomination for governor in June and will be facing off against interim Democratic Governor Kathy Hochul, who replaced disgraced former Governor Andrew Cuomo after he was ousted over sexual harassment allegations.

Hochul said that she condemns the incident "in the strongest terms possible." She issued a statement that said, "My team has informed me about the incident at Lee Zeldin's campaign event tonight. Relieved to hear that Congressman Zeldin was not injured and that the suspect is in custody. I condemn this violent behavior in the strongest terms possible — it has no place in New York."