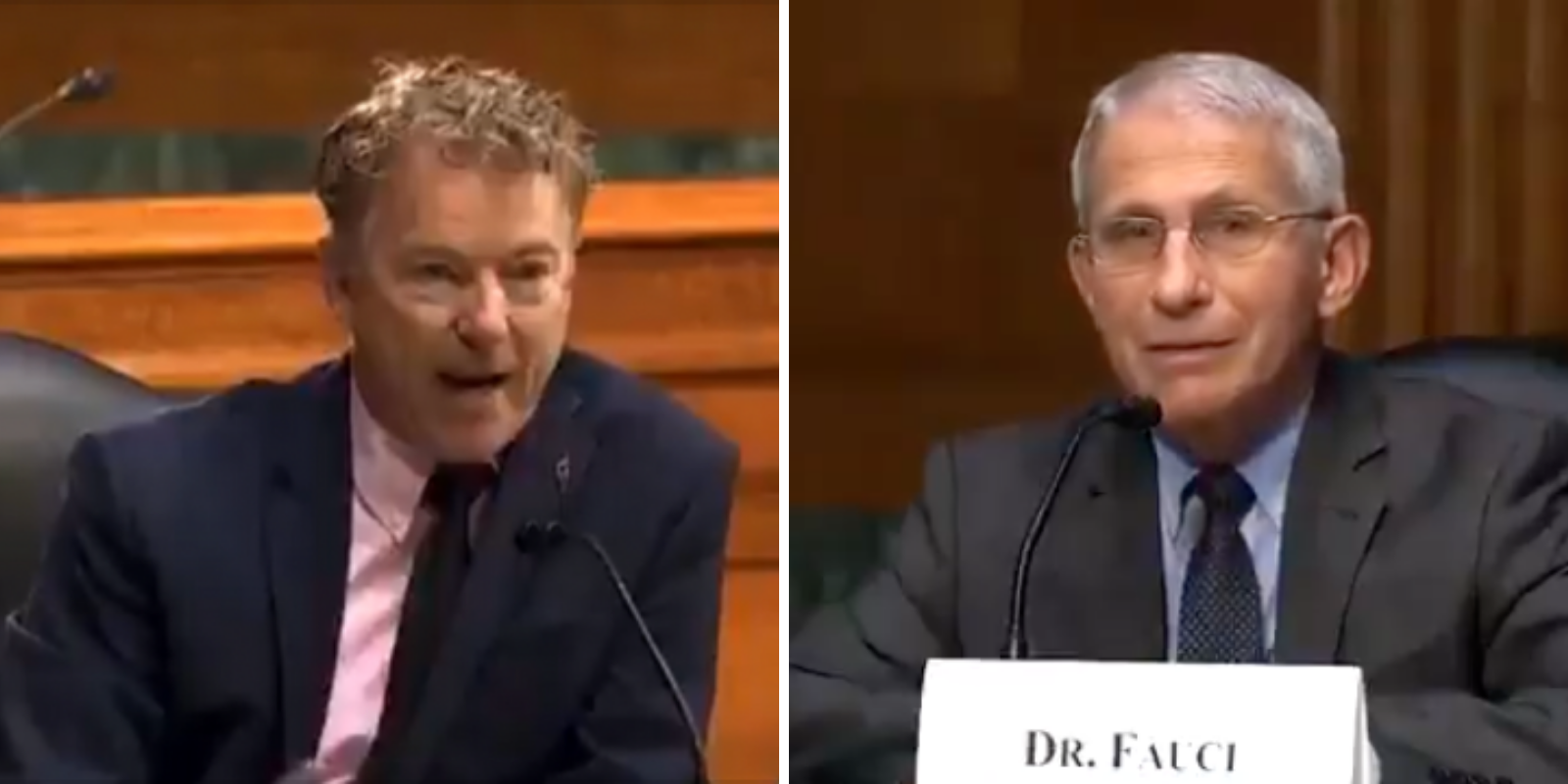 Senator Rand Paul questioned Dr. Anthony Fauci during a Senate hearing on the current efforts to combat COVID-19 pandemic Tuesday, asking whether he supports NIH funding of the Wuhan Institute of Virology, where many had speculated the current pandemic strain was created.

"Doctors Baric and Shi [Zhengli] worked together to insert bat virus spike protein into the backbone of the deadly SARS virus. And then used this manmade super virus to infect human airway cells," stated Paul, adding that the NIH had funded Dr. Baric's research which he shared with Dr. Shi.

"The SARS virus had a 15 percent mortality. We're fighting a pandemic that has about a one percent mortality. Can you imagine in a SARS virus that's been juiced up, and had viral proteins added to it to the spike protein, if that were released accidentally?" asked Paul, referring to the use of serial passaging in gain-of-function research.

Paul and Fauci engaged in heated debate over whether gain-of-function research was happening, with Fauci pointing out that if it was happening, that it was in North Carolina, with no ties to Wuhan, and was being done so under strict guidelines.

Fauci defended the use of a subagency and subgrant that was sending money to the Wuhan Institute, that Paul insinuated was connected to the NIH, therefore the NIH was funding the institute.

"Let me be explain to you why that was done. The SARS-COVID-1 originated in bats in China. It would have been irresponsible of us if we did not investigate the bat viruses and the serology to see who might have been infected in China," replied Fauci.

Paul implied that the virus had been created in a lab with research done by Dr. Ralph Baric, not as a result of natural mutation like officials state.

Paul asked Fauci whether he could say definitely that the COVID-19 virus "could not have occurred through serial passage in a laboratory?"

"I do not have any accounting of what the Chinese may have done, and I am fully in favor of any further investigation of what went on in China," replied Fauci, stressing again that the NIH did not fund gain-of-function research in Wuhan.

"You're fooling with Mother Nature here. You're allow in super viruses to be created with a 15 percent mortality. It's very dangerous and was a huge mistake to share this with China and its a huge mistake to allow this to continue in the United States. We should be very careful to investigate where this virus came from." Paul stressed.