"We're building institutions: credit cards, banks, all of it across the board," said Bannon. 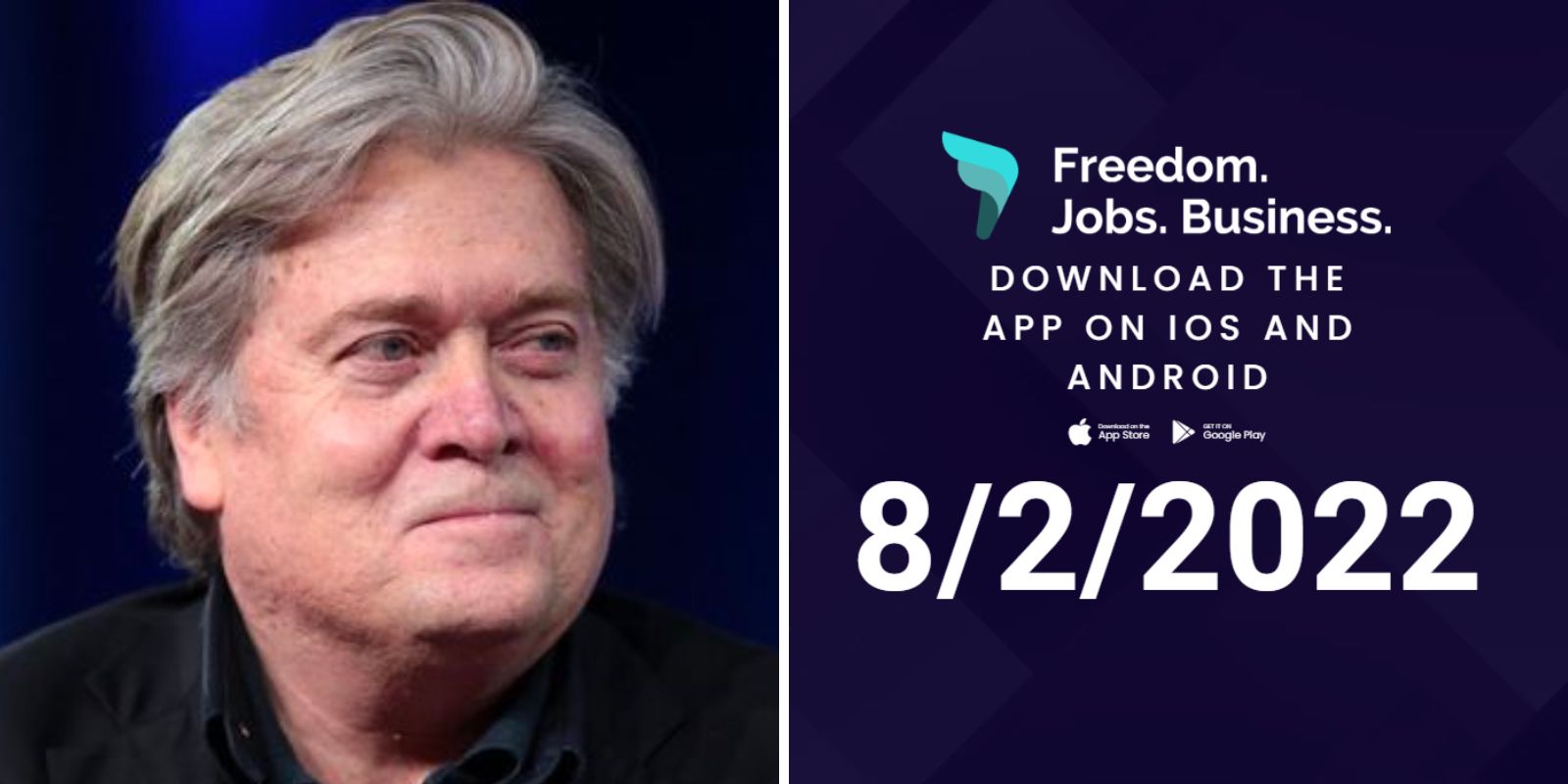 Former Trump advisor Steve Bannon has announced that he has launched the "first phase" of a "new financial system for conservatives" based on blockchain and cryptocurrency technology.

According to the Freedom Jobs Business Organization website, the project, as the name suggests, aims to provide freedom, jobs, and business to conservatives through "security and ownership of data by administering the mechanisms of a trustless, transparent, and decentralized system," creating peer-to-peer and business-to-business product and protocols built on blockchain technology, and notes that "digitalizing real-world assets is the finance of the future."

The first phase of this project has been launched, coming in the form of a mobile application and platform that aims to be the "conservative crypto-wallet."

"The team sees their new cryptocurrency and wallet app as an essential tool for truckers, conservatives, small business owners, and anyone else who is being banned from payment processors and traditional financial services," a statement from the project read.

"Former White House Chief Strategist under the Trump Administration, Stephen K. Bannon, had previously signaled his desire to create a 'deplorables coin' to help conservatives build their own financial system," the statement says. "Now he is involved in the Freedom Jobs Business Organization and has been announcing it as not only the realization of this idea of a new financial system, but also an entirely new community for Americans."

"We're building a community that you can be a part of. We will never back down, ever. They're trying to destroy this country [...] We are going to fight it every day. We are going to stand up," said Bannon.

The statement says that the Freedom Jobs Business Organization team's efforts "to create a parallel financial system have been lauded by conservative icons and cryptocurrency entrepreneurs alike, who see this as a unique way to bring millions of new people into the crypto economy."

The team noted in their statement that Erik Finman, who has joined the project as a Senior Strategic Advisor, "has acknowledged their intention to lean into the culture wars and make their position well known."

According to the statement, Finman "had previously announced his intention to sway the 2022 midterms in conservatives' favor by injecting millions of dollars across different races. He appears to be using the Freedom Jobs Business Organization to upscale these efforts."

"This is a crucial moment not just for the Freedom Jobs Business Organization, but for anybody who cares about freedom and economic opportunity. We've seen far too many good, honest Americans silenced for fear of losing access to the traditional financial system. Big Tech cannot be allowed to keep a stranglehold on America. This is a real conservative alternative to coinbase," said Finman.

"This marks the moment we build a new financial system, and the moment we take the muzzle off everyday Americans. We are tired of hiding, tired of being backed into a corner, and tired of being silent. Money talks, and the Freedom Jobs Business Organization gives Americans a loud voice to say what they've really been feeling - without having to worry about losing access to a financial system. It's time to put your cards on the table and show where you stand, no more pretending," he added.

Bannon echoed Finman's calls to build a new financial system, saying, "We're building institutions: credit cards, banks, all of it across the board."

According to the project's website, they state, "we believe that the decentralization of our economic and legacy financial systems is critical to the future of our nation. The FJB blockchain project will provide a sovereign-grade, immutable ledger with open, non-discriminatory participation that is permissionless and censorship-resistant."

The project aims to "create a decentralized economy with stronger assurances and privacy that is open to everyone to use, creating growth within the parallel economy."