According to court documents, 39-year-old Darrell Edward Brooks Jr. has been arrested as a suspect in the incident. 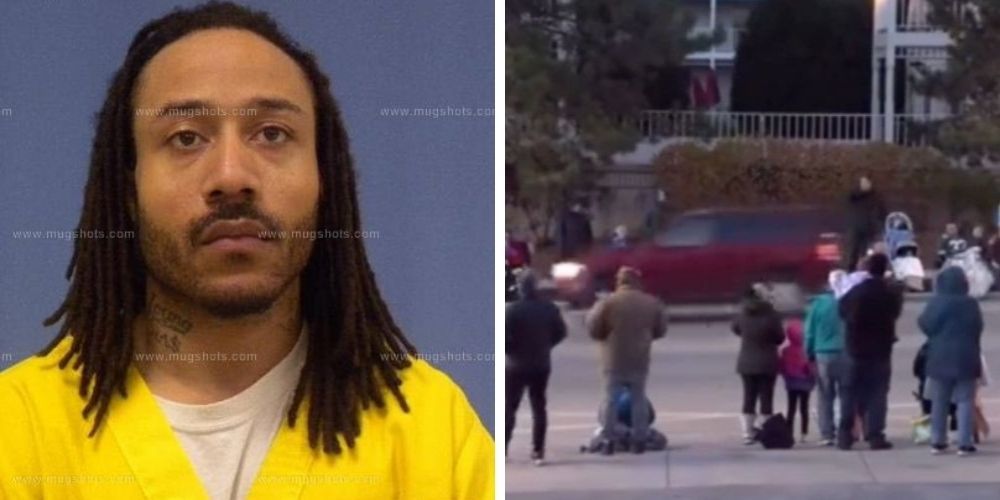 A suspect has been identified and is in custody for the 'mass casualty incident' in Waukesha, Wisconsin when a red Ford Escape plowed into a holiday parade. So far, five have been confirmed dead, more than 40 injured.

According to court documents, 39-year-old Darrell Edward Brooks Jr. has been arrested as a suspect in the incident.

In the aftermath of the tragedy, it was heard on the police scanner audio that an ID belonging to a man named Darrell Brooks was found in the SUV from the incident. Officers said that his license was suspended and described him as "Lighter skin, black male, dreadlocks, possibly no shoes."

Brooks is a career criminal with multiple priors and was released from jail two days prior to the incident after posting a $1,000 bail for three misdemeanors and two felonies. He has a history of resisting arrest, obstruction, battery, statutory sexual seduction, strangulation and suffocation, property destruction, illegal firearm possession, bail jumping, domestic violence, drug related charges and is a registered sex offender.

The driver of the red SUV plowed through a police line at high speed and into a parade of Christmas marchers on Sunday, impacting more than 20 adults and children in a graphic scene captured on the city’s livestream and cellphones of bystanders.

In a rap video on his Youtube page, Brooks is seen dancing in front of a red Ford Escape, the same type of vehicle used in Sunday's fatal incident.

Waukesha, Wisconsin Police Chief Daniel Thompson confirmed in a press conference following the tragedy that an officer who has been on the force for over six years opened fire on the vehicle and that a person of interest was in custody. Thompson emphasized that the investigation is "very active."

A livestream video from the city of Waukesha showed the red SUV speed past those marching in the parade, with a cop running on foot shortly after.

The Waukesha Police Department stated on Facebook that a family reunification location has been set up at the Waukesha Command Post located on Barstow between Corrina and Bank St.

According to Sam Kraemer of Fox 6, one man told him that "...most of his family are in the hospital." He and his wife were able to walk away. Kraemer wrote on Twitter that "...a woman who lives on Main Street says she saw the SUV barrel through a dance team of girls between 9 and 15 years old. She says the immediate reaction was silence, followed by screaming, running, checking on those injured."