BREAKING: Thousands protest in Cuba, calling for the end of communist dictatorship

Thousands of Cubans took to the streets in multiple Cuban cities on Sunday to protest its communist dictatorship and demand its end. 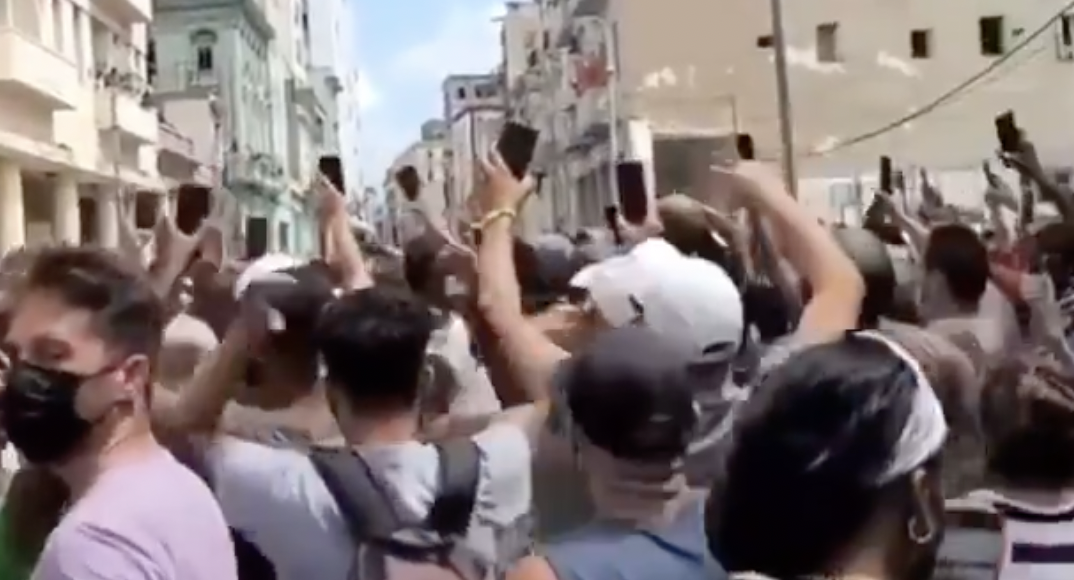 Thousands of Cubans took to the streets in multiple Cuban cities on Sunday to protest its communist dictatorship and demand its end.

CBS Miami reports that civil unrest has boiled over due to the COVID-19 pandemic, with protestors chanting "we are not afraid" as they called for more food and vaccines.

"We are not going to hand over the sovereignty or the independence of the people," said Cuban President Miguel Diaz-Canel in an address to his citizens. "There are many revolutionaries in this country who are willing to give our lives, we are willing to do anything, and we will be in the streets fighting."

The Miami Herald reports that Cuba is in the midst of its worst economic contraction since the end of the Cold War. They attribute "chronic inefficiencies" and "paralyzing bureaucracy" decimated essential food and agriculture sectors. Rising inflation have also led to long lines for food.

"We’ve never seen anything like this before," Republican Representative María Elvira Salazar wrote on Twitter. "The Cuban people are determined to be free."

"Tens of thousands of people are protesting at this very moment."

"The regime is shutting off the internet on the island," she continued. "The Castro dictatorship doesn’t want the world to see what’s happening."

Rubio then shared a video on Twitter of "Communist repression squads" getting into a truck, presumably heading toward the demonstrations to break them up. He also denounced corporate media outlets for largely ignoring the ongoing protests.

Diaz-Canel blamed the US government for the current situation in Cuba, stating, "Cuba and its streets belong to the revolutionaries."