"They have been slandered as Nazis and terrorists and treated worse that murderers. We stand with the truckers and the Canadians!" 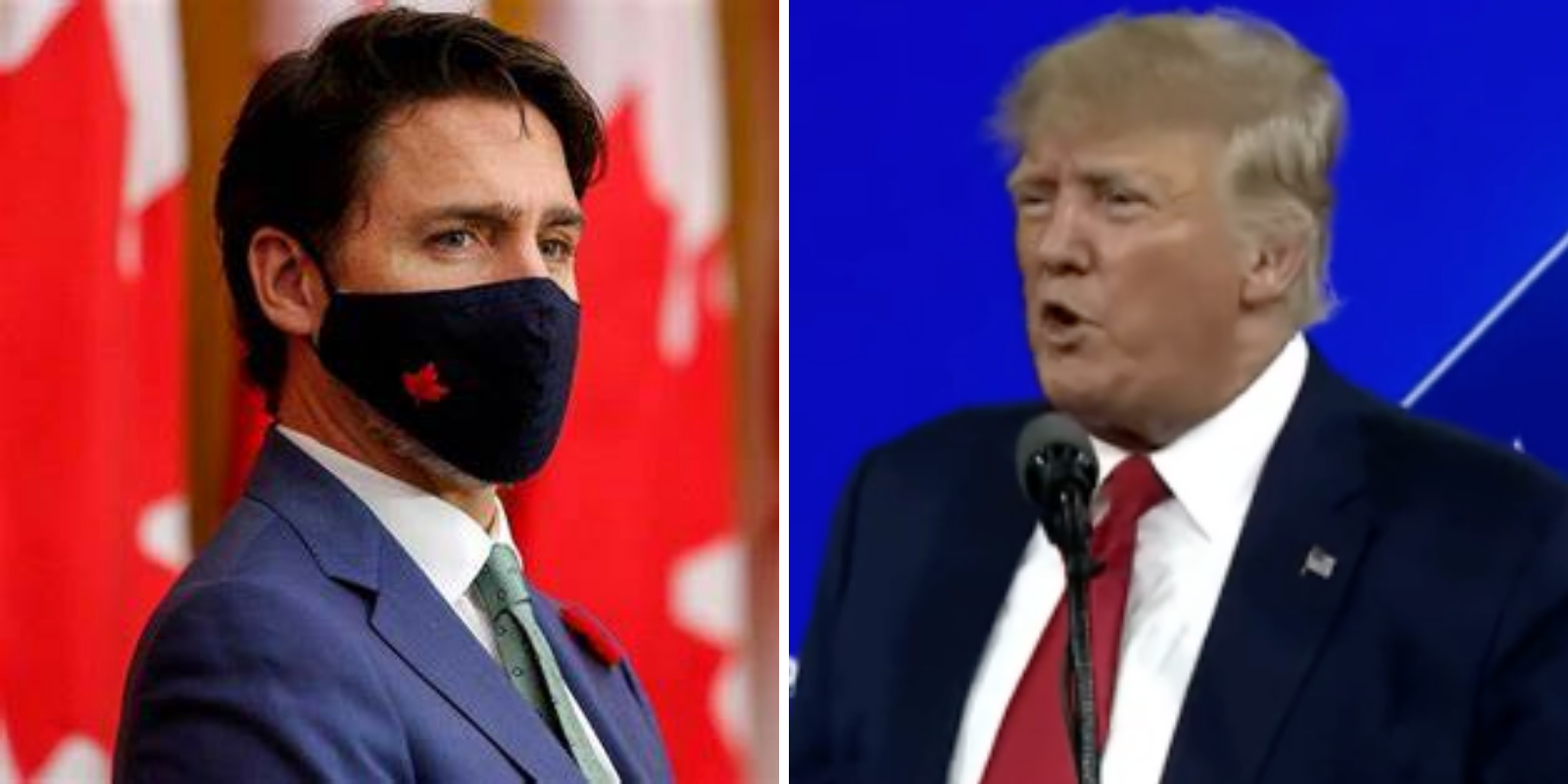 President Donald Trump addressed the packed house at CPAC in Orlando on Saturday, and as he spoke about his own presidency, he slammed the leadership of President Joe Biden as well as Canadian Prime Minister Justin Trudeau.

He called Canada "A place where democracy is under attack right next door— Canada. The tyranny we have witnessed in Canada should shock the world. They have been slandered as Nazis and terrorists and treated worse that murderers. We stand with the truckers and the Canadians!"

This after Trudeau had invoked the Emergencies Act against his own citizens who had been peacefully protesting against his far-reaching vaccine mandates.

"The tyranny we have witnessed in Canada should shock and dismay the world," Trump said, "We stand with the truckers and we stand with Canadians in their noble quest to regain their freedom."

The Democrats, Trump said, "want to do the same thing to America that Trudeau has been doing to Canada."

Canadian truckers formed a Freedom Convoy and drove across the country from British Columbia to Ottawa, where they stayed for three weeks, garnering global support and eliciting nothing but disdain from the Trudeau government.

After more than two weeks of the convoy staging a protest, complete with bouncy castles and day care centers for kids, Trudeau put a stop to it with arrests of the organizers. Tamara Lich, one of the convoy organizers, is being held without bail on charges of "mischief."

"They're coming after me because I'm standing up for you," Trump said.

The convoy had a great deal of support among American conservatives, who were gung-ho for their northern neighbors seeking freedom, liberty, and self-determination.