Conflicting reports have emerged as to the condition of an elderly woman who was trampled by police on horseback. 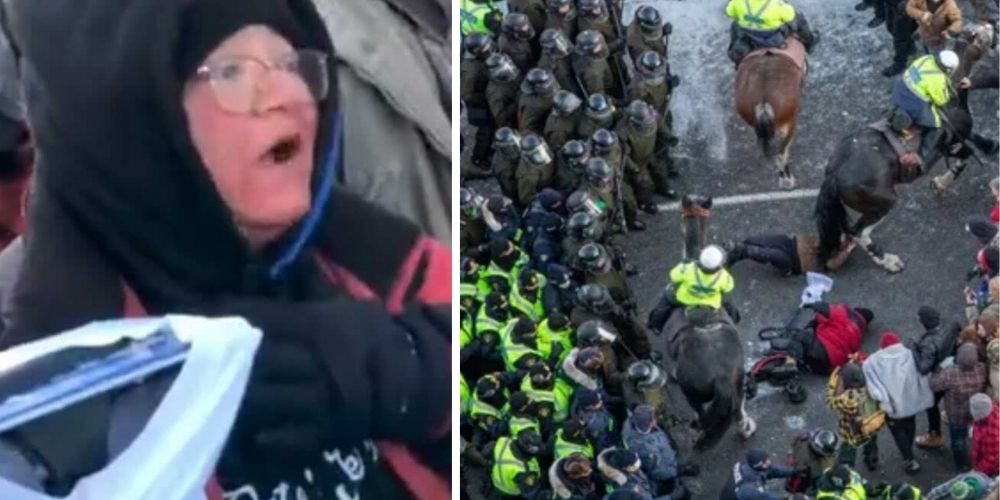 Mounted police in Ottawa endeavored to clear protesters with the Freedom Convoy from the streets on Friday. Following a charge by mounted police officers into a crowd of protesters, conflicting reports have emerged as to the condition of an elderly woman who was trampled.

Fox News contributor Sara Carter had reported at the time that the woman trampled by the mounted patrol may have passed away in the hospital. Others reported that the elderly woman was merely injured.

Carter later apologized Saturday morning for her original tweet, stating that the reports she was given "from sources on the ground that someone may have died at a hospital during the trampling was wrong." Carater said "someone was taken to a hospital with a heart condition-not due to trampling."

"I want to clarify this again and apologize for any confusion," Carter tweeted.

Based on footage available online, it appears at least one other protester was trampled.

Video of the incident shows the mounted patrol cutting through a crowd, with protestors saying "hold the line."

"We are a peaceful protest," the elderly woman is heard saying shortly before the incident.

People begin to scream as a mounted police officer runs over the elderly woman with his horse.

An initial tweet from the Ottawa police said that someone had thrown a bicycle at the horses in an attempt to injure it.

Photos of the incident reveal though that the woman who was trampled had been using a walking assist device.

This led many to accuse the Ottawa police of spreading disinformation about the incident.

"If the bicycle you allege was thrown was really just the mobility scooter of the disabled woman you trampled, you really ought to delete these tweets and apologize, @OttawaPolice" True North's Candice Malcolm tweeted.

Police have been quickly moving to arrest and clear out the protestors that have been blocking the streets of Ottawa for over three weeks now.

Ottawa police claim that no one has been seriously injured.