BREAKING: Zelensky begs Congress for a 'no fly zone,' asks Biden to be the 'leader of the world' 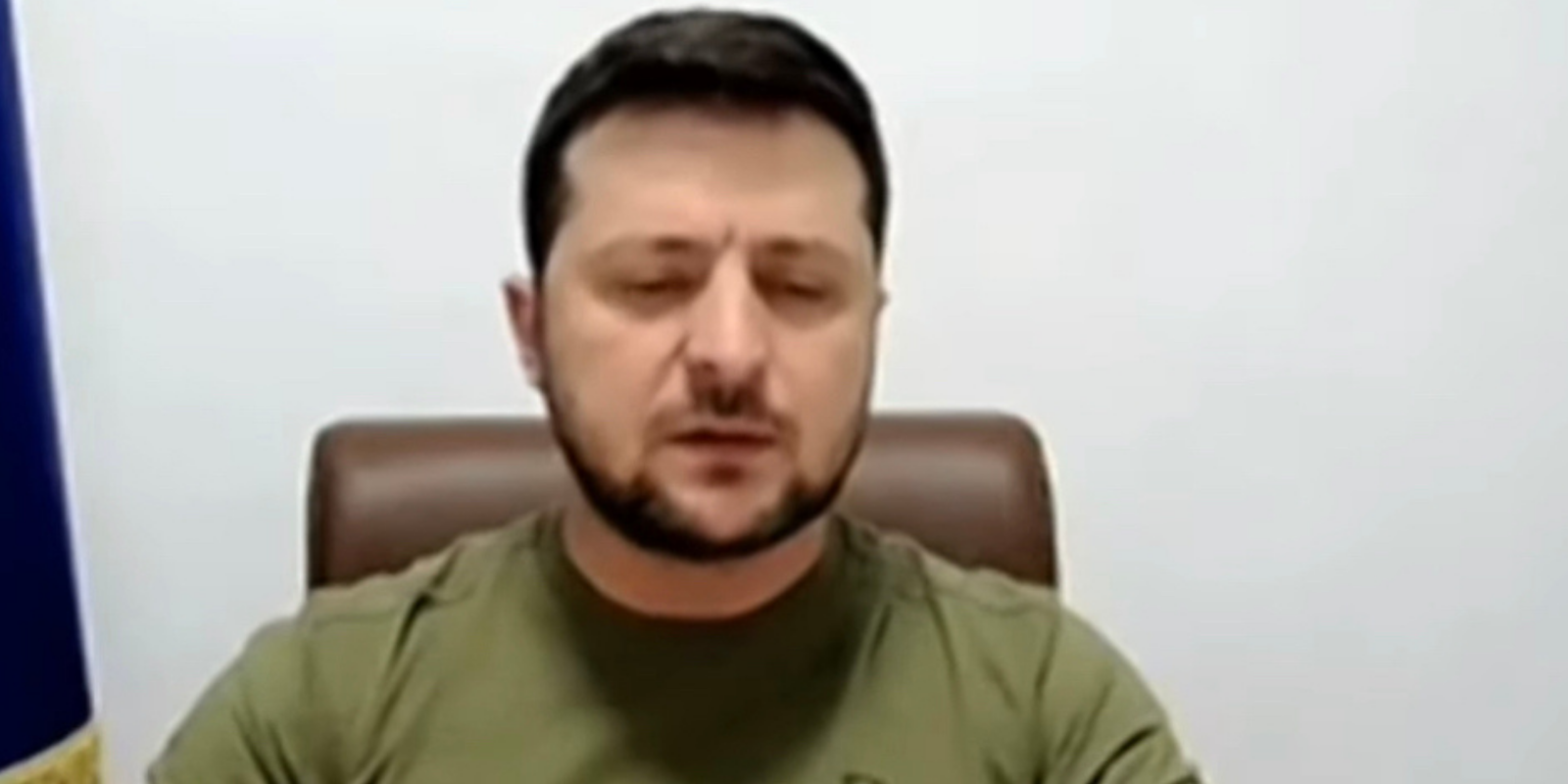 Ukrainian President Volodymyr Zelensky addressed the US Congress on Wednesday morning to encourage that body to authorize greater sanctions and defenses of Ukraine.

As Zelensky's image came up on screen in Congress, the joint session of Congress stood and cheered as House Speaker Nancy Pelosi congratulated him for his "courageous leadership."

Zelensky said he was proud to greet Congress from Ukraine's capital city of Kyiv, saying that the city "doesn't give up." He said the population has been "resisting the Russian aggression for eight years."

"Right now, the destiny of our country is being decided," he said.

"Russia has attacked not just us... it went on a brutal offensive against our values, basic human values, it threw tanks and planed against our freedom against our right to live freely in our own country," he said through a translator, the American ambassador to Ukraine.

He appealed to congress members' love and dedication to freedom, and American's wish to live freely.

"In your great history," he said, "you have pages that would allow you to understand Ukrainians. Understand us now," he said.

Zelensky invoked the Japanese bombing of Pearl Harbor that launched the US into World War II, as well as September 11, 2001, when the US was attacked by terrorists, which also ended up launching a war in the Middle East.

"Russia has turned the Ukrainian sky into a source of death for thousands of people," Zelensky said, making an appeal for greater action from Congress.

"We are asking for a reply, for an answer, to this terror from the whole world. Is this a lot to ask? To create a no fly zone over Ukraine to save people? Is this too much to ask?" He said, asking for the US to help with either a no fly zone or more armaments and airplanes.

Zelensky invoked the words of the US most influential Civil Rights leader Dr. Martin Luther King Jr., when he said "I have a dream."

He went on to say that he was grateful to the Biden administration for what has been done against Russia already, but called for more. More sanctions, he said, should be coming "weekly."

He demanded sanctions against Russian politicians, including those in Russia's legislature, the Duma. He said that all US companies need to leave the Russian market "because it is flooded with our blood." Zelensky implored Congress to put pressure on companies in their own districts to abandon Russia and their business interests there. Zelensky said all US ports should be closed to Russian goods, as well.

Ukraine is not part of NATO or the European Union, and Zelensky called for a new alliance of nations.

"The wars of the past," Zelensky said, "have prompted our predecessors to create institutions that should protect us from war but they unfortunately don't work. We see it, you see it. So we need new ones, new institutions, new alliances and we offer them.

"We propose to create an association, 24 United for peace a union of responsible countries that have the strength and consciousness to stop conflict immediately, to provide all the necessary assistance in 24 hours if necessary, even weapons if necessary, sanctions, military and support, political support, finances and to keep the peace and quickly save the world to save lives.

"In addition, such Association, such Union could provide assistance to those who are experiencing natural disasters, man made disasters as well, victims to humanitarian crisis or epidemics," he said.

A video played for Congress with sweeping, emotional music showing the atrocities of war in Ukraine. After its conclusion, Zelensky spoke without a translator.

The ambassador said "glory to Ukraine" as Congress again got to their feet and cheered for the president of Ukraine.

The Biden administration has repeatedly said that they would not back a "no fly zone" over Ukraine, as that would mean that, once it was breached by Russian planes, NATO would have to shoot those planes down. This would result in a direct conflict with Russia, something NATO, and the US, would rather avoid.

Biden has said repeatedly that this would be akin to launching World War III.