The New York Times has quietly deleted parts of their "1619 Project" that relate to the revising of American history, specifically the notion that America was founded in 1619. 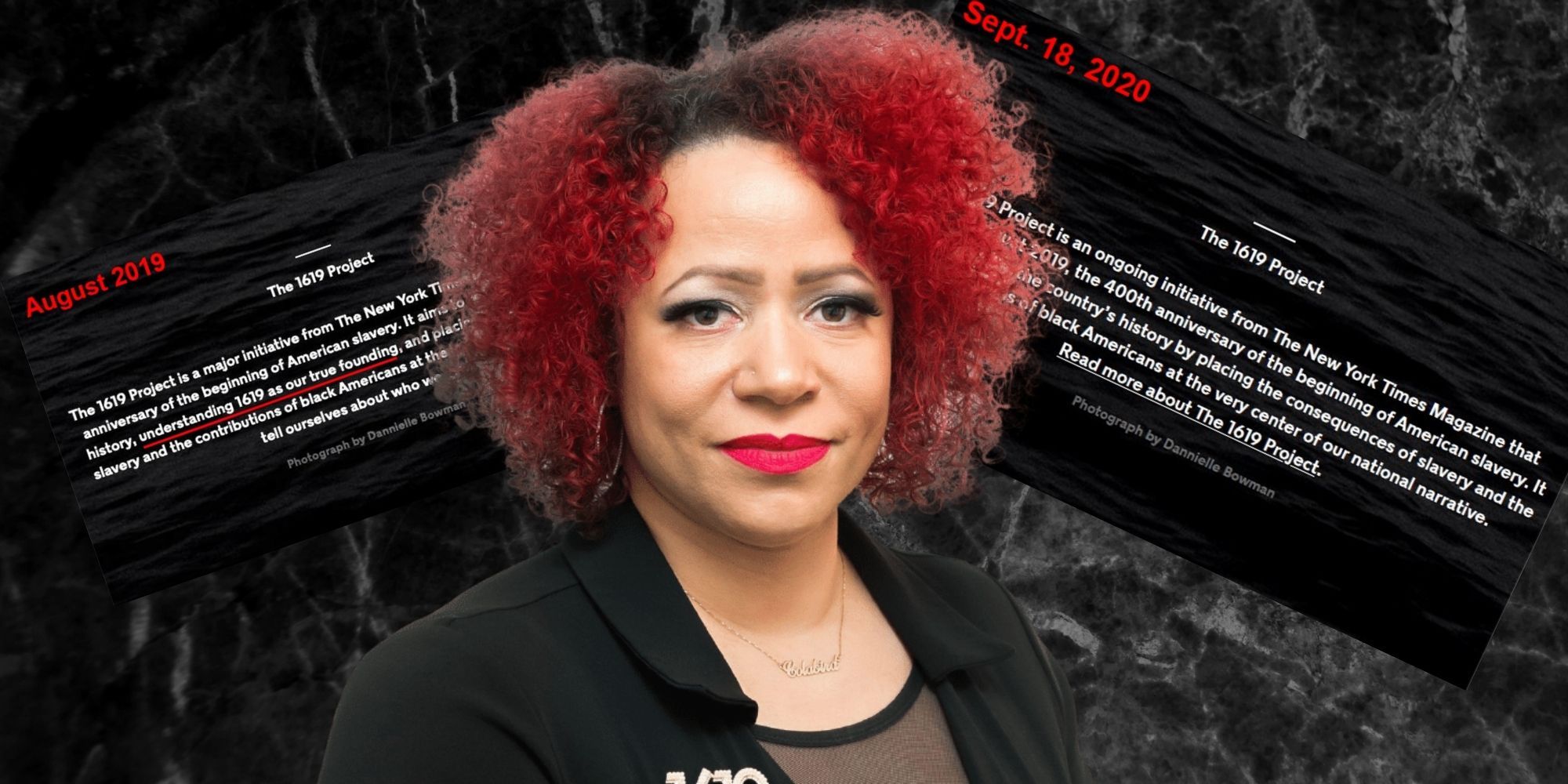 The New York Times has quietly deleted parts of their "1619 Project" that relate to the revising of American history, specifically the notion that America was founded in 1619. This according to a significant Quillette article by Phillip W. Magness.

"The 1619 Project" is an ongoing project developed by The New York Times, which"aims to re-frame the country’s history by placing the consequences of slavery and the contributions of black Americans at the very center of [the United States'] national narrative."

When the project went live in the 2019 special edition of the New York Times Magazine, an interactive version was created to showcase the project.  The original project slogan is below.

The emphasis here is on the proclamation that 1619 is the true founding date of America. This was a very prominent point for the New York Times, and the founder of the project, Nikole Hannah-Jones.

This project very quickly became controversial, drawing many critics, including five historians who disputed a number of claims. Another critic is Leslie Harris, an expert on pre-civil war era history and slavery. Apparently NYT came to her to verify the following statement, “One critical reason that the colonists declared their independence from Britain was because they wanted to protect the institution of slavery in the colonies, which had produced tremendous wealth. At the time there were growing calls to abolish slavery throughout the British Empire, which would have badly damaged the economies of colonies in both North and South.” This is completely false, says Harris in her Politico article.

The professor supported the overall project of unveiling parts of untold history but cautioned NYT against publishing false information as it would potentially tar the entire initiative. According to Harris, The New York Times ignored her responses and ran with this assertion.

Upon receiving a slew of criticisms from experts, the NYT finally, but quietly corrected their mistakes. You can now see they have omitted the line indicating the "true founding of America", and it appears the magazine is acting as if that was never the line at all. After her CNN interview, people found that Hannah-Jones not only quietly changed the already published project, but also deleted old tweets where she stands by her assertion.

Beyond the unethical behavior of not disclosing edits, why does it matter that this change was made?

Culturally, the United States is in a moment where the news and history itself is in question, and the education system is seen to some, as a vehicle for selling narratives to the next generation. The prevalence of the 1619 project in young minds is something that has concerned historians and the right wing. So much so that President Trump announced that he is launching a commission, titled the "1776 commission", which will promote patriotic American history in schools. You can see him attack the 1619 project below.

As "The 1619 Project" is now being widely discredited, the importance of historical truth is gaining greater prevalence in politics and the education system.

It remains to be seen whether The New York Times will address their edit.