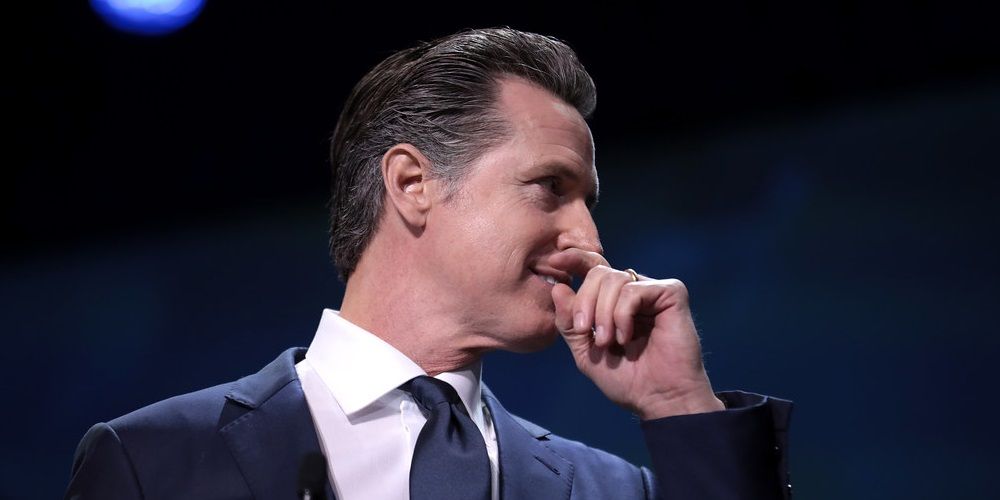 Democratic California Governor Gavin Newsom is blaming "anti-mask and anti-vax extremists" for the ongoing effort to force a recall election against him in the state.

"And let's just call it what it is: it's a partisan, Republican recall — backed by the RNC, anti-mask and anti-vax extremists, and pro-Trump forces that want to overturn the last election and have opposed much of what we have done to fight the pandemic," Newsom said in an email sent out to his supporters, Fox News reports.

He further described the recall campaign as a "far-right Republican recall effort."

The petition to recall Newsom requires two million signatures before it can move forward, a milestone which the recall campaign says it has reached. However, most recall petitions seek a large number of extra signatures in case some of the signatures are fake or have invalid information. The deadline for submitting the petition is Mar 17.

"Gavin Newsom is resorting to political desperation. He now, finally, has accepted the fact that there will be a recall election being held this year to decide the direction of California and his political fate," said Economy. "For him to continue to label the people's campaign as extremist is sad, pathetic and just goes to show how out of touch he really is."

Newsom says that he intends to fight the recall effort. "If they are successful, it would mean risking the progress we are making to end the pandemic," he said.

The California Republican party responded to Newsom's claim that the recall effort is a manifestation of far-right politics. They noted that California has "[the] highest poverty rate in the nation, the largest number of homeless, some of the highest gas prices, unemployment checks going to death row inmates, and up to $31 billion in unemployment fraud."

Newsom's handling of the pandemic have nevertheless played a major role in the recall campaign. Many business owners have found their livelihoods destroyed by lockdown measures implemented by the Californian government, and many parents are upset that their kids are still not back in school.

The frustration over the lockdown measures have been compounded by Newsom ignoring them himself, with the Governor infamously traveling to Napa to attend an expensive restaurant for a lobbyist's birthday even as most restaurants were forced to shutter their doors to indoor patrons.

Recent polls in California display Newsom's dwindling popularity, with 46 percent approving of his job as Governor and 48 percent disapproving. It is unclear whether such numbers will be enough to overthrow Newsom in the notoriously Democrat-leaning state.

However, it has not been that long since California had a Republican Governor, with Arnold Schwarzenegger exiting office a little over ten years ago after serving two terms.