As detailed by The New York Times, Barton’s former employer McKinsey & Company has a long rap sheet of working with authoritarian governments, including “22 of the 100 biggest state-owned companies” in China. 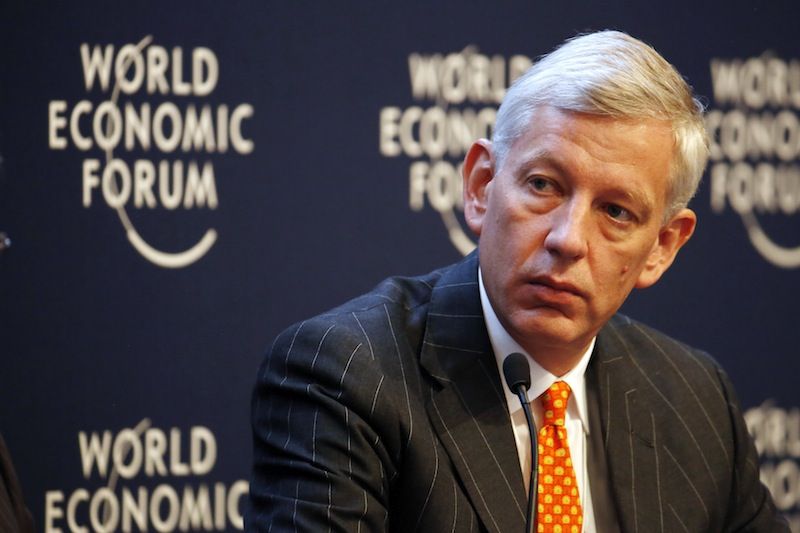 Barton will replace former ambassador John McCallum, who was forced to resign after making out of line comments on the extradition of Huawei CFO Meng Wanzhou.

As detailed by The New York Times, Barton’s former employer McKinsey & Company has a long rap sheet of working with authoritarian governments, including “22 of the 100 biggest state-owned companies” in China.

Among those clients included a company which played a key role in building artificial islands in the hotly contested South China Sea, where the Chinese government seeks to assert territorial dominance, much to the chagrin of the United States.

Barton worked for the company for nearly a decade, from 2009 to 2018 before becoming the Chancellor of the University of Waterloo.

While with McKinsey, Barton was trusted with the company’s operations in Asia and even lived in Shanghai from 2004 to 2009.

“Dominic is one of those few international business leaders who was able  to meet at the very highest level with Chinese leadership when he visited China as the head of McKinsey. He’s very well-known in China,” said former deputy prime minister, John Manley, and prior president of the Business Council of Canada.

Beyond China, McKinsey has worked with Russian companies which were placed under sanctions by the U.S. government and has had employees sit on Russia’s energy board in the past.

According to the company, it defends its past history claiming that they have not taken past work that went against its core values and that other large companies have had to work with such clients.

“Since 1926, McKinsey has sought to make a positive difference to the businesses and communities in which our people live and work,”  wrote the company in a statement.

McKinsey was also involved in polishing the image of disgraced former President of Ukraine Viktor Yanukovych, who was ousted by Ukrainians before the country delved into a brutal civil war.

Working with the Yanukovych government, McKinsey was responsible for crafting an economic plan and consulting on how the leader could better his image.

Barton’s appointment comes after freezing relations between China and Canada. For several months, neither state had an ambassador in each other’s countries.