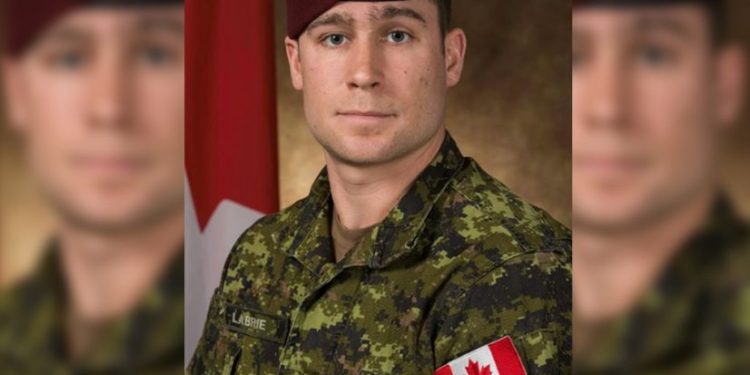 Labrie was an officer and member of the 2nd Regiment, Royal Canadian Horse Artillery based at Petawawa, Ont.

Before all his next-of-kin were notified, General Jonathan Vance would only say Labrie died “in a parachuting accident, I won’t say any more.”

National Defence later said that Labrie was involved in low-level, night jump during the Exercise “Swift Response 19,” an airborne training mission that began on June 8, at locales spanning Bulgaria, Croatia and Romania.

Another Canadian soldier and a U.S. soldier were also injured in the jump.

“It’s a deep sadness that we lost a Canadian Armed Forces…I want to pass on our deep condolences not only to the family but also onto all the members who have served with Bombardier Labrie,” Defence Minister Harjit Sajjan told reporters in Ottawa.

“Any time there’s an accident like this an investigation will be launched.”

Canadian military police have started its investigation, according to DND.