Canadians want to solve climate change without a carbon tax

Canadians are united in their fight against climate change. However, what they also seem to be united in is their refusal to pay the carbon tax. 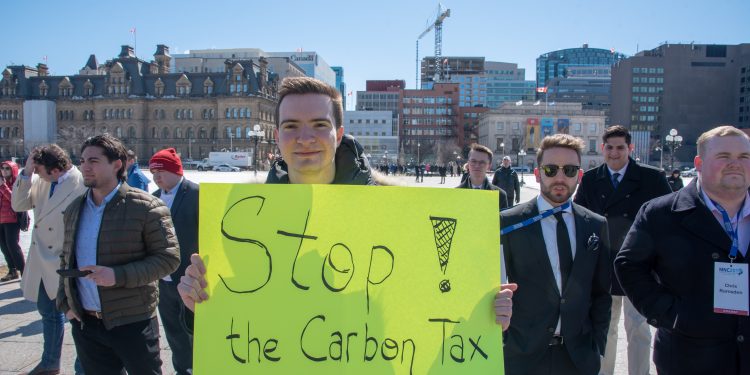 Canadians are united in their fight against climate change. However, what they also seem to be united in is their refusal to pay the carbon tax.

According to polls conducted by CBC, Canadians see fighting climate change as a top priority. However, half of those surveyed would not pay more than $100 per year in taxes to prevent it, the equivalent of less than $9 a month.

There is a good explanation for this behaviour.

In the survey, 19% of Canadians listed climate change as the issue they are most worried about. Climate change ranked second only to the cost of living, which topped the list at 32%.

Canadians said that they were willing to indulge in cost-effective options to combat climate change. This includes buying local (75%), reducing the thermostat (66%), purchasing fewer things (55%), willing to drive less (47%), and using public transit or use a bicycle more often (37%).

However, when it came to the carbon tax, a third of Canadians said they were unwilling to pay it. A further 17% said that they would only pay $100 a year in tax. The carbon tax rate, without tax credits, only starts at $200.

The strong opposition to the carbon tax was further presented when asked about it directly. The survey shows 47% of respondents disapprove of the carbon tax, while 43% approve.

Currently, the only party that suggests removing the carbon tax is the Conservatives. Andrew Scheer is set to release his climate plan tomorrow, and it seems as though his focus would be to sell goods and tech to foreign countries to reduce their pollution.

While 6% of respondents of the survey didn’t even believe in climate change, 65% of Canadians agree “Canada is not doing enough to fight climate change.”

What do you think Canada can do to combat climate change? Let us know in the comments below!