Biology is hatred. That’s the verdict from Jameela Jamil regarding a statement made by Candace Owens that only women can give birth. 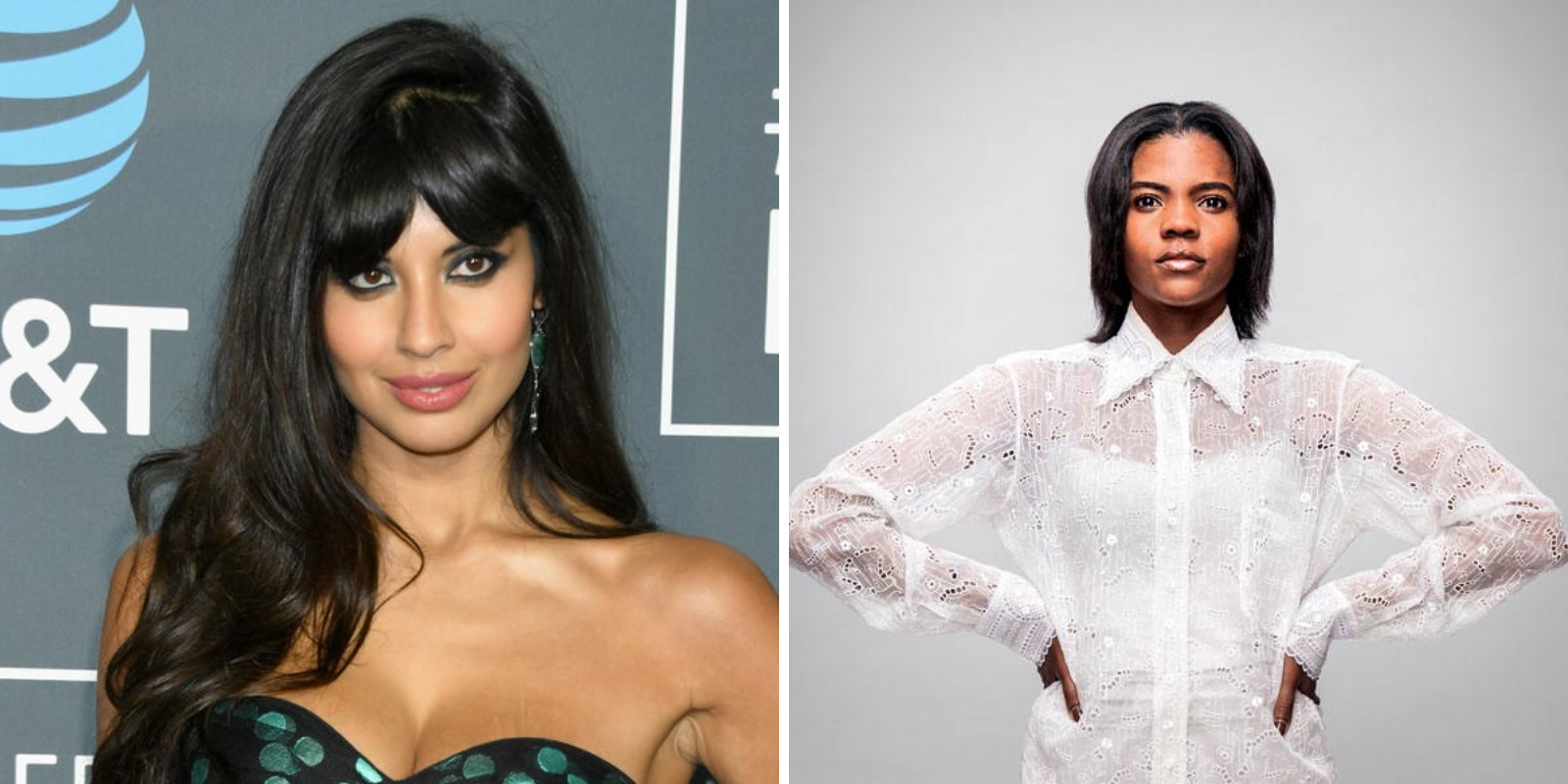 Biology is hatred. That’s the verdict from model turned actress turned podcast host Jameela Jamil regarding a statement made by Candace Owens that only women can give birth. Saying that Owens’ remarks were bullying to trans people, Jamil cut Owens from a guest spot on her podcast.

The dispute was over this head-scratching headline that read more like a tongue twister: “Transgender man gives birth to non-binary partner’s baby with female sperm donor.” Owens and many others across social media pointed out that there’s nothing quite unique about a lesbian couple using a sperm donor to conceive a baby. This sort of thing happens all the time. That one of the women has a beard and the other labelled herself non-binary doesn’t change the reality of their reproductive systems. Owens pointed that out. Jamil said it was mean.

Owens wouldn’t back down, and the public tweet spat continued until Jamil blocked Owens.

Jamil was worried that those trans individuals on her staff would feel harmed and violated by Owens’ refusal to deny that pesky condition called reality that her mere presence in studio would be a violation of their existence.

Jamil spoke out against JK Rowling recently when Rowling tweeted in support of Maya Forstater, who was released from her contract for stating her perspective that biological sex is extant and immutable. While Forstater lost her employment tribunal case wherein she claimed that belief in biological sex should be a protected philosophical belief, veganism has recently been awarded that status.

This controversy over trans keeps roiling in media, churning up women who believed, for decades, that being female had something to do with the femaleness of their bodies. As they are dashed against the rocks of public opinion, hitting their own “peak trans” moments, those who oppose the view that women are defined as being female heap on abuse. Co-opting the language of anti-racism to shame women about their bodies, trans rights activists like Jamil shun and humiliate women like Owens, who will not let go of reality in favour of fantasy.

Pink pussy hats at the Women’s March were deemed transphobic because they reference vaginas, which women have. Pregnancy has been reframed to include all people who may get pregnant, ignoring entirely the fact that we have a word for those people, and it is “women.” Menstrual products have removed women from packaging and advertising, despite the fact that women are the primary consumer base.

Girls are told that boys should change with them in locker rooms, or told that they’re want to not be shuffled and boxed into society’s stereotypes of womanhood means that they’re really boys and should have their breasts and uteruses removed. Even Eve Ensler’s seminal play The Vagina Monologues has been mercilessly censored to delete vaginas, as there mere existence of vaginas is offensive to men who say they are women despite having penises.

Despite decades of feminists fighting hard to make space for women and women’s stories in narrative and culture, women are being erased, and they’re being erased by other women, like Jamil. Many transgender individuals know that biological sex is real– if it weren’t, they wouldn’t feel the need to surgically transition from one to the other.

Reality can’t be interpreted as bullying. Women’s bodies can’t be erased out of compassion for people who have male bodies. We can’t allow men to redefine women and women’s experiences to align with male ideas of femaleness and femininity– that’s what was going on before feminism. Despite the flaws and missteps of feminism, of which there have been plenty (as with so many social movements), it created a space within culture where women could own their bodies, their stories, and their conception of what femaleness is.

Feminism elevated women’s culture from the kitchen, the wells, and the laundry lines to the mainstream. It was feminism that allowed women the voice to not have to whisper about the reality of their bodies, the condition of motherhood, the need for proper, sex-based, health care. We can’t give it back just because Jamil, a bunch of men in dresses, and women with beards, find women’s bodies offensive and unpalatable. Women’s bodies are not subjective. Women are female, and there’s nothing wrong with that.