The USDA said that "state and local agencies, program operators and sponsors that receive funds from FNS must investigate allegations of discrimination based on gender identity or sexual orientation." 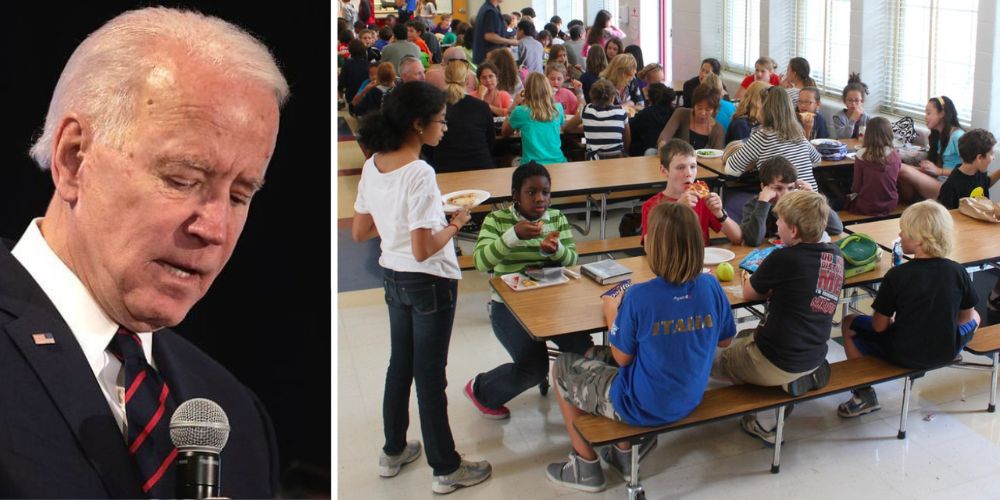 The US Department of Agriculture (USDA) released a memo on August 12 that offered exemptions for some schools on "religious grounds" if they did not wish to adhere to the Biden administration's Title IX interpretation, which linked federal funding for school lunches to a school adopting radical gender ideology.

According to the Catholic News Agency, the memo explained that, while Biden's mandate applied to most public and private schools, some could be exempt "on religious grounds if there is a conflict between Title IX and a school’s governing religious tenets."

The USDA said in the memo that schools do not necessarily need to "submit a written request for a Title IX exemption in order to claim that exemption" but can be assured of their exemptions if they do send a request to the USDA’s Office of the Assistant Secretary for Civil Rights.

On his first day in office, President Joe Biden signed an executive order that required all federal agencies to implement gender equity initiatives as part of their approach and policy. The USDA determined their approach would be to link funding for free school lunches to whether or not that school district complied with the Biden administration's recommendations on gender identity.

The grounds for this announcement came from a new interpretation on the prohibition of discrimination based on sex found in Title IX of the Education Amendments of 1972.

The effect of this federal mandate meant if a school does not permit biological boys who identify as transgender to use girls' bathrooms, or allow biological boys to play on girls' athletic teams, or permit students to transition their gender at school, then that school will no longer receive federal aid for school lunch programs.

After the initial Title IX re-interpretation, a private Christian school in Florida successfully sued the Biden administration in order to receive an exemption from the mandate, which set the precedent for the August 12 USDA memo.

Alliance Defending Freedom (ADF), an organization of attorneys dedicated to protecting religious freedom, took up the case and said, "As long as the Biden Administration seeks to redefine what it means to be male or female in all federal laws, religious schools risk being punished just for maintaining Christian beliefs."

Speaking for the ADF, attorney Erica Steinmiller-Perdomo said, "After ADF’s lawsuit, USDA made clear that they will automatically respect religious exemptions under Title IX for religious schools—for now." Despite the addition of religions exemption, some religious schools, such as the Archdiocese of St. Louis, have decided to drop the school lunch program anyway.