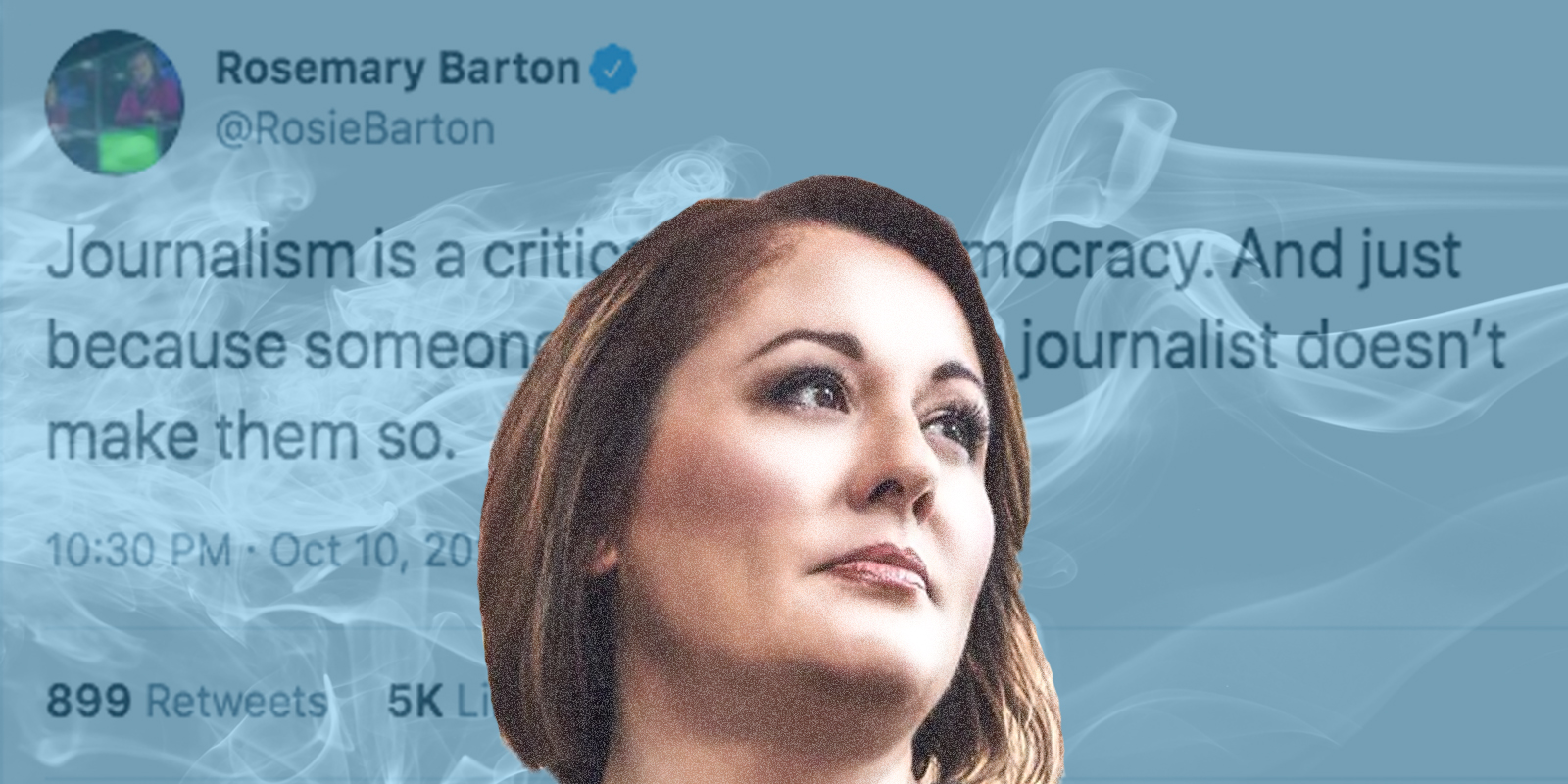 It wants to compete with Netflix, private news companies, and broadcasters to be the chief Canadian content provider.

To truly do that though, the CBC would have to function as a media producer that represents all Canadians.

With only one week until the election ends, they have blown that opportunity by not just blurring the line between partisanship and journalism, but erasing it altogether.

For those catching up, the state broadcaster will be taking the Conservative Party of Canada to court for using clips of the broadcaster’s footage in an online attack ad, something other parties also do, but CBC decided to single out the Conservatives.

Stunningly and stupidly tone-deaf, the CBC named Rosemary Barton and John Paul Tasker as applicants in the copyright infringement lawsuit, but are now planning to amend it to remove both journalists’ names after facing serious backlash from the public and experts alike.

Part of the public outrage came from the fact that court documents show the CBC began sending letters to the Conservative Party on October 7th.

That was the same day that the only official English Leaders’ debate was moderated in part by CBC journalist Rosemary Barton.

At this moment, it’s not clear whether Barton was involved since then, or if this was handled without their knowledge. But lawyers not involved in the case are saying it’s pretty hard to believe Barton wasn’t involved in the lawsuit where she was named as one of the applicants. Either way, there’s a serious problem.

If CBC journalists Barton, co-host of The National, and Tasker were aware of the lawsuit it would mean Barton co-moderated the leaders’ debate while not disclosing to the public she was suing Conservative Leader Andrew Scheer’s party.

If they were unaware, the CBC was so trigger happy that it initiated a suit including named applicants without the knowledge or consent of the journalists.

Both cases are worrying. And this is just the beginning.

According to an article published in the Globe and Mail by lawyer Michael Geist, “the lawsuit is all the more puzzling because the legal claims are quite weak. The majority of the seven clips do not even include CBC journalists. Three are taken from the English-language leaders’ debate and one from a town-hall meeting with Liberal Leader Justin Trudeau. Of the remaining clips, Ms. Barton says nothing in one, and the others run for a total of 10 seconds.”

Interestingly, while the CBC continues to sue the Conservatives for copyright infringement, according to a 2018 Canadaland report, the state broadcaster itself remains mired in its own legacy of stealing scoops from small private Canadian content producers without giving credit.

Regardless of the hypocrisy, the CBC has also been quick to attack and criticize independent journalism in this country, often labelling it as unserious or lacking credentials.

Indeed, Barton even had the nerve to tweet out the suggestion that not all journalists are real journalists.

It was a clear swipe at Andrew Lawton of TNC who had to force the government’s hand by getting last-minute court-ordered accreditation after being targeted, blocked, and harrassed by Trudeau’s campaign as well as the Trudeau government-appointed Leaders’ Debate Commission. Once a federal court judge ordered the commission to give Lawton accreditation, a CBC journalist allegedly conspired with one of Trudeau’s aides to try and stop Lawton from asking Trudeau a question.

The embarrassing news of Barton’s involvement in CBC’s lawsuit dropped one day later, and the subsequent removal of her name and denial she was involved followed after her and CBC got blasted on Twitter. This begs the question: why do so-called real journalism outlets launch frivolous copyright suits against a particular political party mere days before an election without disclosing it to their audience?

Then there’s the fake news propaganda CBC routinely spreads, too. With so much Liberal pamphleteering, it’s no wonder why Canadians are turning away from the CBC to independent alternatives.