CBC poll tracker reports a 41% chance of a Conservative majority

In comparison, the Liberals are reported to only have a 9 percent chance of a majority election in the upcoming election. 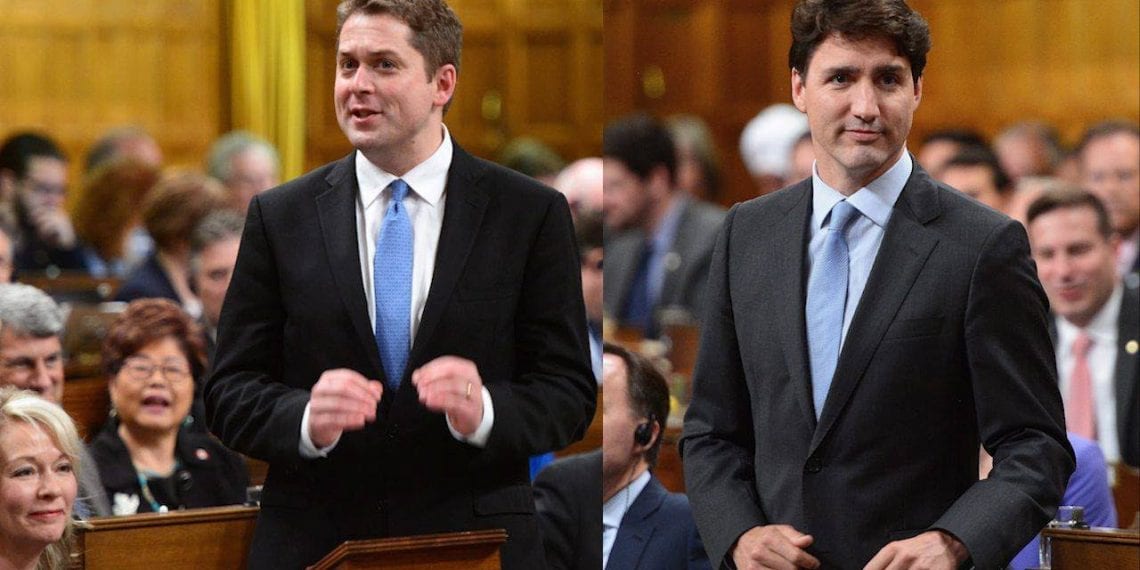 According to the Canada Poll Tracker, the CBC is reporting a 41 percent probability that the Conservative Party of Canada would win the 2019 election with a majority government.

The tracker, which is maintained by the CBC is an aggregate of all available Canadian polling data.

In comparison, the Liberals are reported to only have a 9 percent chance of a majority election in the upcoming election.

” The Conservatives lead in Western Canada and Ontario, enough to put them ahead of the Liberals in the potential seat count,” writes the poll.

According to seat projections the Conservatives are expected to scoop up 166 seats, while the Liberals are to win only 129. In third place are the NDP, with 29 seats, followed by the Bloc Quebecois, the Greens and the PPC.

According to trends over time, the CPC surpassed the Liberals in the middle of February, around the time when the SNC-Lavalin allegations took off.

The poll, which was updated on April 1st, lists a March 28th Ipsos poll as its latest data, which reported a Conservative lead of 40 percent.