"The mayor's Communications Director told me only Black or Brown journalists would get a one on one. I expressed my outrage but nothing has changed," Ahern said. 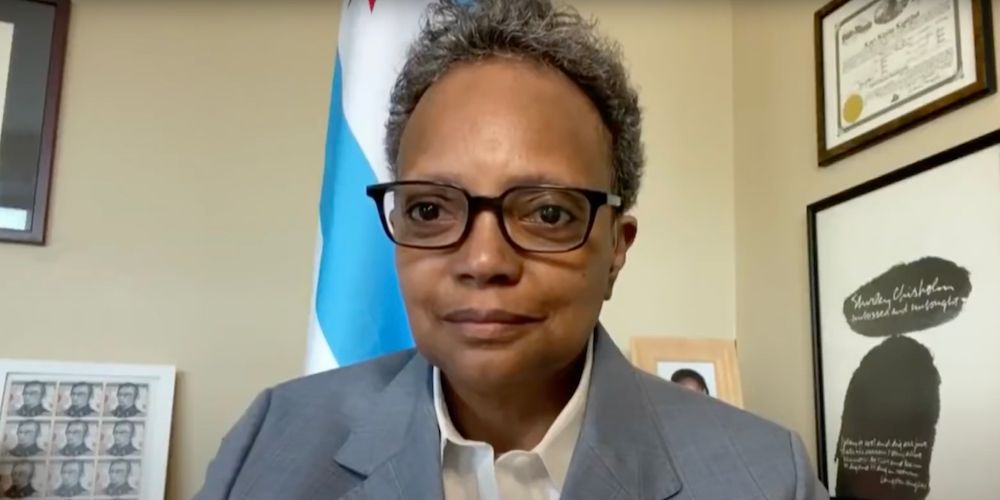 Mary Ann Ahern of NBC5 Chicago reported on Twitter that Mayor Lori Lightfoot is only offering access for 1-on-1 interviews to journalists of color.

Ahern wrote that the mayor's spokeswoman stated that "Lightfoot is granting 1 on 1 interviews - only to Black or Brown journalists."

Ahern that she received this information from the mayor's office when she attempted to set up an interview and found that she was not a member of the correct race.

"The mayor's Communications Director told me only Black or Brown journalists would get a one on one. I expressed my outrage but nothing has changed," Ahern told The Post Millennial. This was "after several exchanges," she said, "but that was the bottom line."

The mayor released her statement confirming the fact of her racial preference on Twitter.

George Cardenas, alderman of Chicago's 12th ward responded to Ahern. "How is that even true, be serious," he wrote. But yes, Lightfoot confirmed it.

Heather Cherone, a political reporter for PBS's Chicago station, WTTW, chimed in, confirming that the claim was in fact true. She was not the only member of WTTW to corroborate the statements made by Mayor Lightfoot's spokeswoman; Chicago Tonight co-anchor Paris Schutz said via Twitter that he "was told the same thing."

Lightfoot is currently two years into her four year term as Chicago's 56th mayor, a term that has thus far been marred with controversy as the city deals with multiple pressing issues. Seemingly endless gun violence, gang activity, and protests, compounded with the COVID-19 pandemic, have resulted in questions regarding Mayor Lightfoot's role as leader.

The idea of prioritizing journalists based on the color of their skin had divided people. Some agree with Mayor Lightfoot's goal of correcting an "imbalance", while others see it as blatant racism. One journalist, who is himself a person of color, was having none of it, and decided to take a stand.

"I am a Latino reporter @chicagotribune whose interview request was granted for today," Gregory Pratt began. "However, I asked the mayor’s office to lift its condition on others and when they said no, we respectfully canceled. Politicians don’t get to choose who covers them."

"To choose a reporter based on the color of their skin is really pretty outrageous,” Mary Ann Ahern added in an interview on WGN Radio. “Does she think I’m racist? Is that what she’s saying?”

The mayor's communications director, Kate LeFurgy, has not yet been reached for comment.