Canada's chief electoral officer is warning Canadians voting in the federal election, which is expected to occur in the upcoming months, that they may have to wait additional days to find out the final results. 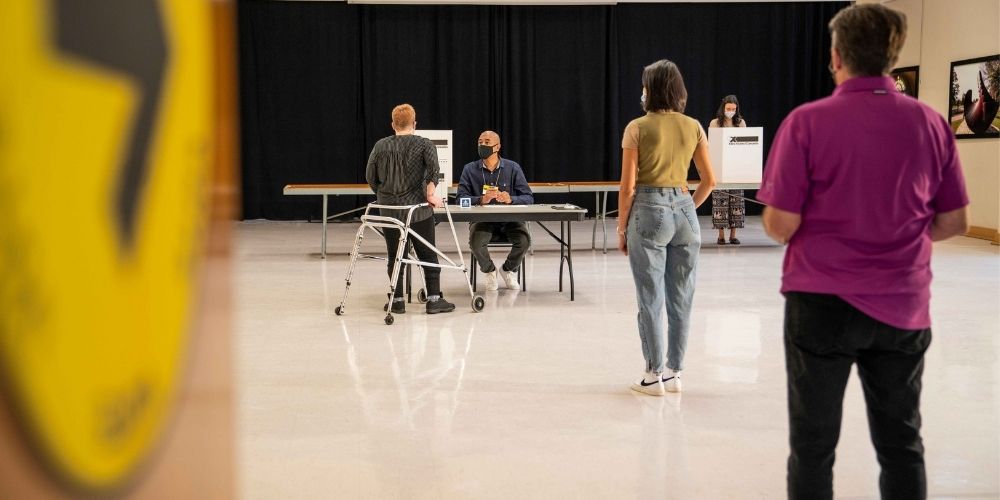 Canada's chief electoral officer is warning Canadians voting in the federal election, which is expected to occur in the upcoming months, that they may have to wait additional days to find out the final results.

Chief electoral officer Stephane Perrault addressed the departure from normal, adding that while voters may also have to go to unconventional polling places, this is part of a plan devised by Elections Canada to safety conduct an election during the pandemic.

"It's important for Canadians to understand that this is part of the plan of deliberate choices that we've made," Perrault told The Canadian Press.

"It's not an accident, it's not a sign of things going wrong but in fact is part of the process as we've designed it in these very unique circumstances of the pandemic," he continued.

As parties gear up for a potential summer election call, Elections Canada is preparing for a drastic increase in voting by mail - as many as five million, compared to fewer than 50,000 in the 2019 election, according to CP24.

Mail-in ballots will not be counted until the day after the election, giving time for last-minute ballots to be received at polls, as well as giving time for officials to make sure nobody voted twice, according to Perrault.

Perrault said that at the longest, it could take two to five days to finish counting mail-in ballots.

Despite the potential for a lag in knowing results of tight races, Perrault said the time is necessary to guarantee the integrity of the election results.

"As much as we like early results, I think Canadians expect that we do it right," said Perrault.

Following closely on the heels of the United States' 2020 elections in which mail-in ballots where a widely contested subject along party lines, Perrault hopes Canadians will continue to be confident in their electoral process.

Perrault added that there is no "deep partisan divide" in Canada over the issue of voting by mail.

"All parties see the need to have vote by mail, they understand that we have controls in place... People should not expect what happened in the US to happen in a federal election in Canada," he continued.

Voters who worry their ballot may not be received on time will be able to drop off ballots at local polling places the day of.

Those that were issued a mail-in ballot will be crossed off voting lists as already voted, but those that do not receive their ballots by voting day may vote in person after swearing an oath they did not receive a ballot.

If a mail-in ballot is discovered for those that voted in person it will not be counted.

Perrault said that he expect a number of usual polling places like schools and recreation facilities to not allow large numbers of voters in their facilities as the pandemic continues. He added that some voters may be going to unusual polling sites like hotels and movie theatres, with some voters having to travel further than before.

"Some may be suspicious and wonder what's going on and it's important that they understand that there's nothing nefarious going on. We're trying to find the best available locations for them," he said.