New York City mayor Bill de Blasio announced that kids under 12 would not be required to show proof of vaccination as he institutes restrictions on unvaccinated peoples' use of indoor spaces. 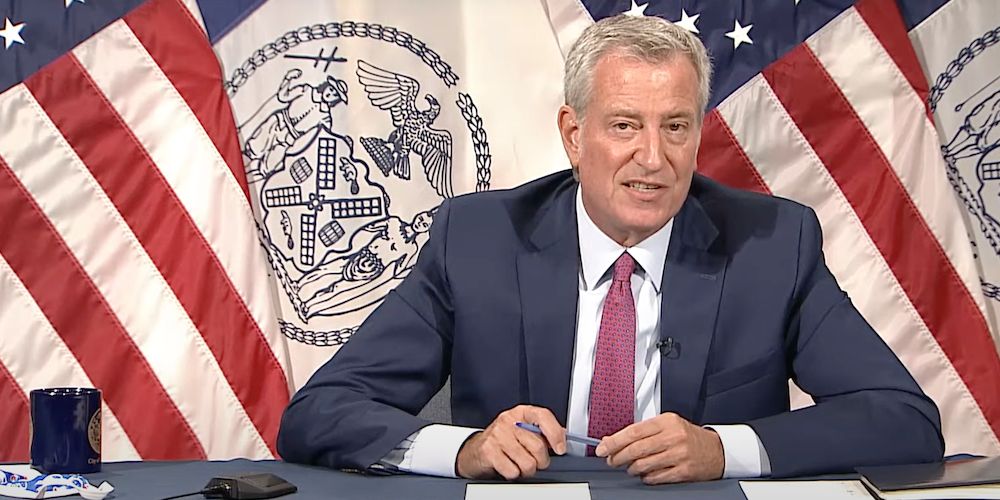 New York City Mayor Bill de Blasio announced that kids under 12 would not be required to show proof of vaccination as he institutes restrictions on unvaccinated peoples' use of indoor spaces.

On Tuesday, de Blasio set forth a new plan, which has been dubbed the "Key to NYC Pass," requiring both workers and customers in indoor dining, fitness, and entertainment settings to show proof of vaccination, or otherwise be denied entry.

"This is going to be a requirement," de Blasio said. "The only way to patronize these establishments indoors will be if you're vaccinated."

The move comes as COVID-19 cases continue to rise in New York City, with daily cases more than quadrupling since last month.

The "Key to NYC Pass" is set to launch on August 16th, and will be enforced beginning September 13th.

As the NY Post reports, de Blasio announced that kids under 12 would be exempt from the requirements, since vaccines for COVID-19 have not yet been approved for that demographic. "If you’re going out with your whole family and your kids are not yet vaccination age," de Blasio said, "of course they can come along."

In an interview with CBS News, de Blasio noted that children will still need to wear a mask when possible. "Hopefully," he added, "5-to-11-year-olds will be eligible for vaccination on top of that, but we don’t want to separate families, we want families to enjoy stuff together."

Mayor de Blasio's mandate is the first of its kind in the country.