Children under 14 die from fentanyl more than other age groups

Fentanyl deaths among children younger than 1-year-old quadrupled, deaths among toddlers aged 1 to 4 more than tripled, and deaths between children aged 5 to 14 nearly quadrupled 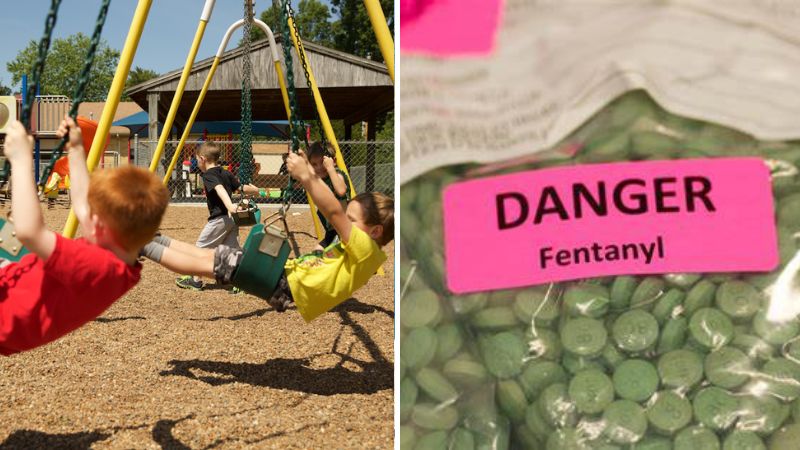 Alex Timothy
Jan 15, 2023 minute read
ADVERTISEMENT
ADVERTISEMENT
Fentanyl deaths in children under 14 are increasing at a faster rate than in any other age group, according to an analysis from Families Against Fentanyl (FAF), a non-profit group aiming to curb the spread of the lethal opioid.

Jim Raug, founder of FAF, has seen an increase in instances of fentanyl poisoning, which occurs when a person accidentally ingests the drug. Fentanyl poisoning often also occurs when someone, especially a child, comes into close contact with even a minute amount of the drug, which is 50 to 100 more potent than morphine, Fox News reports.

"It's so prevalent in society now," said Rauh, who lost his 37-year-old son to fentanyl poisoning in 2015. "Distribution goes to dispersion by entropy. That's the law of physics. And it's showing out because of the mass quantity of this material. … It's so prevalent that just our innocent children, by incidental contact, are being killed. And now it's creeping into the schools and other enclosed environments."

Data from between 2019 and 2021, the most recent available from the Centers for Disease Control and Prevention (CDC), suggests that accidental exposure among children to the deadly synthetic opioid is becoming more frequent.


More than 379 million lethal doses of fentanyl were seized by the Drug Enforcement Administration (DEA) have been seized in 2022, double that of the previous year. Among these were 50.6 million fentanyl-laced fake prescription pills.

Rauh and the FAF have been pushing congress to designate fentanyl a weapon of mass destruction. He has also been advocating for schools and parents to learn how to use Narcan, which can reverse the effects of an opioid overdose and save a life.