Chuck Schumer calls for invocation of 25th Amendment against Trump: 'This president must not hold office one day longer'

"The quickest and most effective way... to remove this president from office would be for the Vice President to immediately invoke the 25th amendment," Schumer declared. 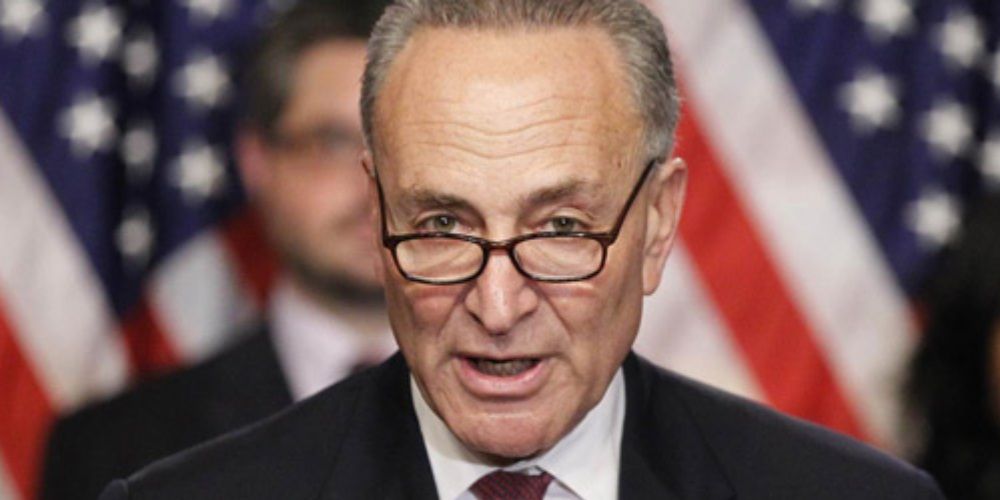 "What happened at the U.S. Capitol yesterday was an insurrection against the United States, incited by President Trump," Schumer's tweet reads. "This president must not hold office one day longer."

Rioters supporting the president stormed the Capitol Building in Washington DC on Wednesday as a joint session of Congress was discussing the certification of the 2020 presidential election results. Legislators were forced to flee the scene as rioters forced their way past police and smashed windows.

President Trump's response to the riots haS been highly controversial, with Trump asking the rioters to return home in statements laden with messages of support for their cause.

"The quickest and most effective way... to remove this president from office would be for the Vice President to immediately invoke the 25th Amendment," Schumer declared.

The 25th Amendment to the constitution, ratified in 1967, allows the cabinet to remove a sitting President who is "unable to discharge the powers and duties of his office," leaving the definition of "unable" open to interpretation. The Vice President would become the acting President in his place in such a situation and would serve as acting President until the President is able to return to his duties or his term ends.

The Amendment has never been permanently invoked, but it has been temporarily invoked three times, once for President Ronald Reagan while he underwent surgery and twice for President George W Bush while undergoing colonoscopies.

Other Democratic officials such as Congresswoman Alexandria Ocasio-Cortez have also called for the invocation of the 25th Amendment against Trump, with some arguing that he should be impeached if the Amendment is not invoked. The calls have been joined by some Republicans as well.

Democratic Congresswoman Ilhan Omar has already drafted articles of impeachment against the President over his handling of the riot, with a number of other Democrats co-leading the charge. It is unclear on what charges they plan to impeach the President on.