Despite holding a town hall event with President Joe Biden last night, CNN's viewership during the primetime slot was only half of that of Fox News. 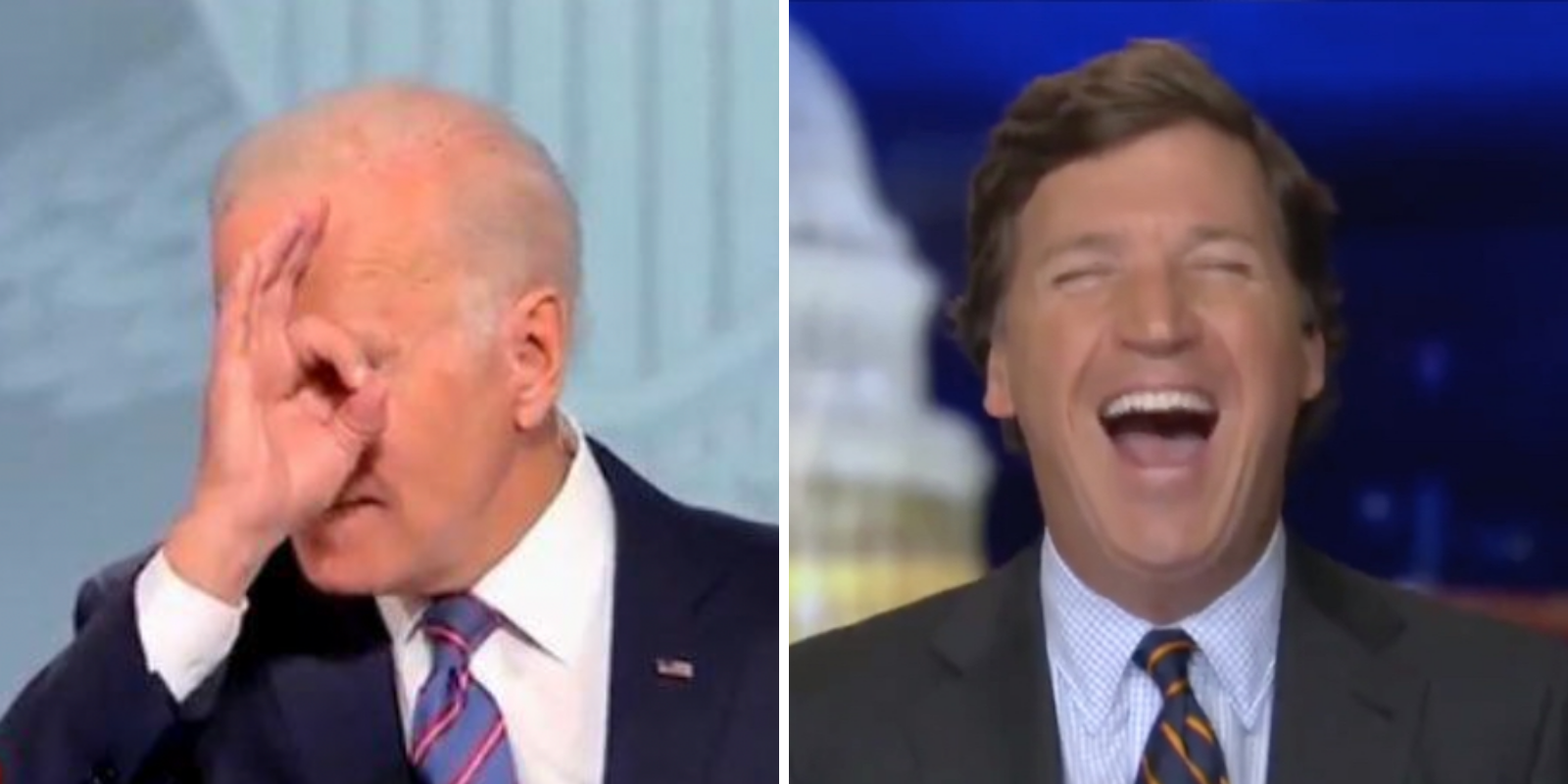 Despite holding a town hall event with President Joe Biden last night, CNN's viewership during the primetime slot was only half that of Fox News for the same time.

Perhaps the most significant statistic of the evening is that Tucker Carlson Tonight beat Biden's CNN town hall exclusive by a major margin. Carlson brought in over 3 million viewers to Biden's paltry 1.278 million.

CNN's town hall event on the other hand averaged 1.2 million total viewers and 271,000 viewers in the key age demo.

CNN’s viewership resulted in a third place finish amongst cable news networks in total viewers, and the outlet marked its lowest 25-54 viewership for a town hall with President Biden in the network’s history.

According to Nielsen, "The town hall was also down double-digits in total viewers (-23 percent) and in the demo (-21 percent) versus CNN’s last forum with the president."

During the town hall event, in which only invited guests were allowed to ask questions and most of them were Democrats, Biden went on tangent-filled rants about vaccines, gas prices, and his Build Back Better agenda.

During one question, Biden admitted that Americans shouldn’t expect to see gas prices drop until next year. Some places in the United States are paying upwards of $5 per gallon of gas, and in one California town, the price per gallon costs $7.59.

"My guess is, you’ll start to see gas prices come down as we get by and going into the winter – I mean, excuse me, into next year, 2022. I don’t see anything that’s going to happen in the meantime that’s going to significantly reduce gas prices. I must tell you, I don’t have a near-term answer," Biden said.

Biden also falsely claimed that just just two million Americans had received a COVID vaccine when he came into office, when in reality the number was 16 million.

"When I first was elected, there were only two million people who had COVID shots in the United States of America. Now we got 190 million because I went out and bought everything I could do and buy in sight and it worked," said Biden.