Conservatives should educate themselves about hip-hop 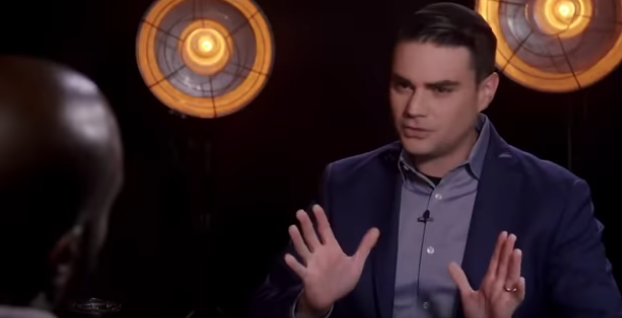 For a genre that has become one of the most popular, hip-hop has remained one of the most misunderstood, especially by some ideological conservatives. As judgments of hip-hop’s musical value and overall nature are often made that paint an incomplete picture of the complex genre.

The case that is often made against hip-hop on a musical level is that it doesn’t require much effort to make. On a socio-cultural level, a conservative critic will often fret over the influence it has on young people with its degradation of women, the glamorization of gang violence, and violent invective towards the police and authority. Epitomizing the typical conservative sentiment regarding hip-hop’s influence, Liam Julian once asseverated: “But let us not be under any illusions about hip-hop’s message—it’s a negative, unhealthy one—and let us not give hip-hop a place in polite society that it does not deserve.”

A perfect example of a myopic musical critique was offered recently in what was a Twitter-trending episode of Ben Shapiro’s Sunday Special, in which Shapiro argued that rap isn’t truly a form of music. His reasoning? Because rap doesn’t fulfill certain criteria: having harmony, melody, and rhythm. Out of these three, he claimed it only really checked the box next to rhythm. Shapiro is someone with whom I often agree, but this is wildly parochial and based on listening to some of the worst that the genre has on offer.

The argument against rap’s musicality would require someone to show how since its beginnings, hip-hop artists have not demonstrated an understanding of how to use melody, harmony, and rhythm to great effect. Though unconventional, the art of flowing itself can be both melodic and rhythmic, as the voice is used very much like an instrument. Much of the genre finds its origins in American jazz. The lyrical sage Rakim once explained that, to develop his trademark flow, he began delivering his flows so that they’d imitate the sounds of saxophone notes. The resultant style has birthed many progenies and is indicative of the ingenuity that has helped create this most unique of genres.

Accompanying the rapper, of course, is the producer, whose trade is a novelty and requires a special kind of ear. Take, for instance, the way in which sampling helps provide texture to the drumbeat and the rapper’s lyrical cadence. This method became a staple during a time in the 1990s when, as Mark Anthony Neal notes, “hip-hop artists were mining the crates of hard bop and soul-jazz recordings from the late 1950s and 1960s.” At the forefront of this “hip-hop jazz movement” was Gangstarr, the duo consisting of rapper Guru and DJ Premier. For his entire career, Premier’s production has been the gold standard for taking harmonies and melodies from old records and moulding them into a cohesive sound. In Nas’s “N.Y. State of Mind,” the second track from Illmatic, Premier combines the menacing bass-line from jazz drummer Joe Chambers’s “Mind Rain” with the piano melody from Donald Byrd’s “Flight Time.” It establishes the perfect backdrop for Nas’s commentary on life in Queensbridge.

So, the musical case for hip-hop is easily made.

But what is a more rigorous task is making the cultural case for hip-hop against the usual opprobrium thrown at it.

Now, I must concede, some of the conservative criticisms here are warranted. Hip-hop solidified itself as a genre during the 1970s and 1980s—a time in which tensions in America were almost uncontainable (Vietnam, Watergate, campus protests, police brutality, etc.). The birth of hip-hop was concurrent with the rise of Black Power movements that were very much a product of this bedlam. Thus, hip-hop has historically been of a left-wing persuasion, with figures such as Huey Newton being objects of adulation.

Doubtless, hip-hop has been a vector through which some contemptible ideas can be passed into the mainstream. Some of it is more Stokely Carmichael than Martin Luther King Jr. in tone, given the celebration of people like Louis Farrakhan or the appropriation of ideas promoted by the Five Percenters. The latter of which, though supplying hip-hop with its distinct vernacular, is a radical black Muslim movement started by a man named Clarence 13X who preached a theology asserting that black people were the original inhabitants of the Earth and superior to the white “devils.” So yes, the ideological underpinnings of some hip-hop deserve condemnation.

But this isn’t the whole of it. As Theodore Kupfer has said in a similar intervention on the matter, conservatives shouldn’t reduce “a genre that contains multitudes to its least defensible instantiations.”

Much of what is the greatest of the genre isn’t a glorification, but pellucid reporting on the American ghetto.

One can hear vivid accounts of how life as a thug is morally corrupting, and damaging to one’s relationships due to the paranoia over being betrayed by one’s confidants. In “D’Evils,” Jay-Z raps: “None of my friends speak, we’re all tryna win/But then again, maybe it’s for the best though/’Cause when they’re sayin’ too much/ You know they’re tryna get you touched.” He captures the feeling of being skeptical of the motivations of everyone you know, no matter how close, as you’re after the same prize and will do anything to get it.

Even more intriguing are the lamenting dialogues on how the gangster lifestyle also consumes the younger people in the community. In “One Love,” Nas raps about a conversation with a 12-year old named Shorty who has started drug dealing and is contemplating killing someone. Nas attempts to advise Shorty not to succumb to the temptation, telling him to “try to rise up above.” In the contemporary scene, ASAP Rocky and Kendrick Lamar have also both addressed the hypocrisy of those who are (whether rightly or wrongly) indignant over police violence but say very little about the violent crime in their neighbourhood.

The treatment of women and relationships in hip-hop that elicits much ire is undeniably present; but even here, it isn’t monolithic. In fact, in some tracks, there’s a yearning for normalcy. In his ode to his single mother, “Dear Mama,” Tupac reflects on how his father’s absence led him to seek guidance in the streets: “I was lookin’ for a father, he was gone/ I hung around with the thugs/ And even though they sold drugs/ They showed a young brother love.” Tupac’s account of his childhood is microcosmic of the conclusions Daniel Patrick Moynihan proffered in his 1965 study on the devastating effects of the breakdown of black families, which he called the “tangle of pathology.”

So even in these fragments, there is much with which many may sympathize. But the cultural disconnect often prevails.

For what also lingers behind much of the lyrics that have been cited here is anger towards the War on Drugs. A policy whose origins lie in the sinister machinations of Richard Nixon, it increased the male population in prisons from 200 men per 100,000 in a stable period between the 1920s and early 1970s to 956 in 2008. The results of which have disproportionately impacted those in the black or Hispanic communities. Though the rate has been declining due to the easing of drug laws over the last several years, the War on Drugs has inflicted such debilitating damage that it will take generations to recover. And despite it being a policy pursued militantly by both sides, it has had a hand in entrenching in the mind of black America the most miserable of images for Republicans and conservatism.

With their representative party having long been ineffective when it comes to attracting black voters, conservatives should refrain from casting a cultural achievement of the black community as a societal toxin without fully understanding it. Hip-hop’s contributions to music and culture are undeniable as it provides intimate glimpses into worlds of which we know little. It’s sometimes unsparing in how it delves into society’s darkness, but its honest stories can help in understanding those aspects of the American experience. This, along with its originality, makes it a genre that deserves the recognition.