Nearly 18 percent of the $85,000 she raised has come from the 5th district of Minnesota, currently represented in Congress by Democrat and Squad member Ilhan Omar. 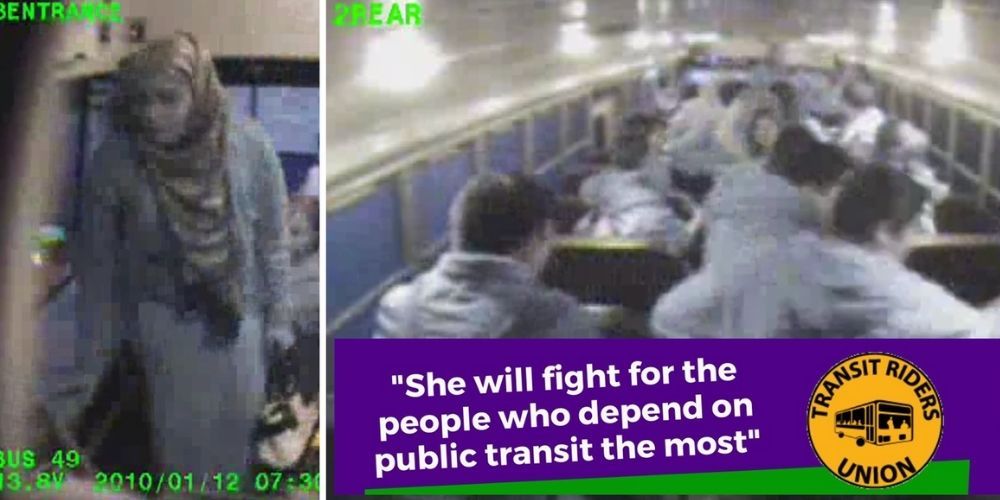 Ubax Gardheere, candidate for King County Council in Washington state, who threatened to blow up a school bus filled with children, has been receiving a large amount of campaign contributions from outside her district including from day care centers in Minneapolis, Minn. as well as the Democrat party and local Democratic officials.

Nearly 18 percent of the $85,000 she raised has come from the 5th district of Minnesota, currently represented in Congress by Democrat and Squad member Ilhan Omar.

The Lucky Child Care Center, LLC in Minneapolis donated the maximum allowed by law to Gardheere’s campaign. The day care has a physical location but almost no internet or social media presence. The company received a PPP loan for $65,012 in March 2021, and another for $65,000 in April 2020.

The candidate appears to be knowingly funding her campaign from out of state companies that received the bailout money.

The Sunshine Childcare center similarly has almost no internet or social media presence and yet received $41,179 in PPP loan funds in February 2021 and donated $1,000 to Gardheere.

The MN Best Childcare Center likewise also has almost no inter or social media presence and received $160,000 in PPP money and also donated to Gardheere’s campaign.

Though finance laws only allow for a max of $2,000 in donations, two of the groups are owned by the same person and have donated a combined $3,000 to Gardheere's campaign, while the CEO donated another $1,000 for a total of $4,000.

Jamal Osman, a Minneapolis Council member whose brother was revealed by Project Veritas to be illegally harvesting ballots for campaigns for both Osman and Ilhan Omar, donated $1,000 to Gardheere's campaign. Osman was part of the council which defunded the police in Minneapolis leading to a massive spike and crime. Gardheere has similarly called for defunding the police and investment in community organizations instead.

In 2019, community groups in the Greater Seattle area organized an anti-Semitic event to defend Omar antisemitic remarks, claiming that criticism of her racism was racism. One of the groups involved in organizing the event was the King County chapter of the NAACP, whose spokesperson said the local groups were contacted by Omar’s office, asking them to host the event.

The majority of the donations from Minneapolis have been in the $1,000 range.

Ghardeere's campaign has been paying Prism Washington, a consulting firm with a history of representing and promoting activist socialist candidates such as socialist Seattle City Council Member Tammy Morales, who advocated for riots during last summer's unrest.

After the original story regarding Ghardeere attempting to blow up school children on a bus went viral, Morales still endorsed the candidate and donated to the campaign, as did another local progressive Varisha Khan of the Redmond City Council.

Knowing about Gardheere's past convictions, the Washington state Democrats donated over $2,000 of in kind donations to the candidate.

Gardheere received additional prominent left-wing support even after the story came to light recently from the local SEIU and The Urbanist, a local activist outlet. Zak Idan, a progressive city councilmember in Tukwila and Samuel Assefa, former Director of Seattle's office of Planning and Community Development both added their endorsements to the campaign. Gaardheere is the Equitable Development Division Director in the City of Seattle Office of Planning and Community Development earning over $130,000 a year. She calls herself a "bureactivist inside government." Assefa said of Gaardheere, "I cannot think of a better or more qualified person to serve."

Footage exclusively obtained by The Post Millennial showed Gardheere threatening school children while claiming she may have a bomb or a gun and then calling them "cowards" as they fled from her.

Ubax Gardheere boarded the Highline School District bus on Jan. 12, 2010 as it was about to begin its morning route to Chinook Middle School. Gardheere can be seen walking on to the school bus filled with children. She tells the bus driver not to drive because "it's a matter of national security." She tells him the "bus is not leaving." The driver then calls the police.

Footage exclusively obtained by The Post Millennial showed Gardheere threatening school children while claiming she may have a bomb or a gun. "Someone better get here real quick," the bus driver exclaims. A heroic officer arrives and arrests her. Finally, as seen from the back of the bus, children flee out the back of the bus. Gardheere can be heard calling them "cowards" over and over again.

Gardheere told the arresting officer she was "prepared to die." She eventually pled the felony charges down to a gross misdemeanor before trial.

Gardheere told the Seattle Weekly that she was hospitalized for mental illness and that her mental condition worsened after she stopped in Dubai to see in-laws on her way to visit Somalia in 2008. In a recent interview with the South Seattle Emerald, Gardheere revised her own history and claimed that when she threatened school children with a bomb on a bus she was being criminalized for mental health issues.

"It means being a brand-new mother and going through postpartum depression and then actually having a mental breakdown and being criminalized for that, instead of getting the mental health [support] that I needed."

This conflicts not only with the court documents and police reports of the incident, but also with her own statements years earlier to The Seattle Weekly. "I'm thinking in my head, 'what can I say or do that will get you taken to jail instead of a mental institute?'"

Gardheere told the Enumclaw Courier-Herald, that "she's only human and can’t promise she won’t ever have a breakdown again."

She added in her interview with the outlet, "I'm not going to say like any other politician, 'I'm going to make sure this never happens again.' Because I don't know. It's a health crisis. Are you going to tell folks that you're never, ever, going to have a heart attack?"