When the driver told Gardheere to leave the bus she said, "You need to calm yourselves down 'cause I could have a bomb. Look how loose my clothes are." 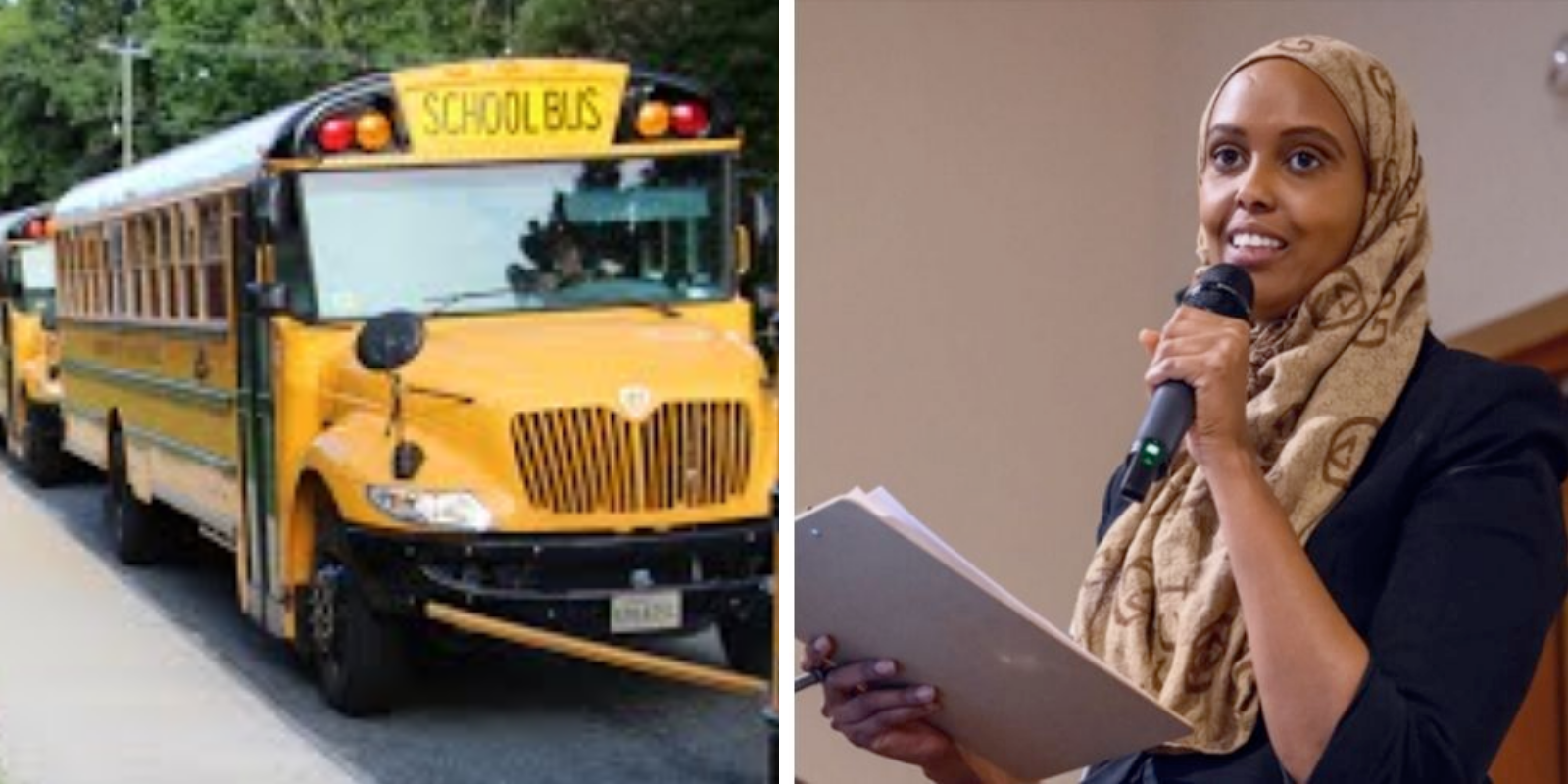 An employee of Seattle, who has been called a "social justice warrior" and is now a progressive candidate for the King County Council threatened to blow up a school bus, then called middle school students cowards as they fled.

According to court documents obtained by The Post Millennial, Ubax Gardheere boarded the Highline School District bus on Jan. 12, 2010 as it travelled on its morning route. Once aboard the bus, which was heading to Chinook Middle School, Gardheere demanded the driver tell his dispatcher "that a national security incident was going on."

Gardheere then began yelling at the children about America's relationship with Somalia, according to police reports. An audio recording of the incident demonstrated that when the driver told Gardheere to leave the bus she said, "You need to calm yourselves down 'cause I could have a bomb. Look how loose my clothes are."

Deputy Prosecutor Gretchen Holmgren said students were afraid for their safety and as students fled through the rear emergency exit of the bus, Gardheere began screaming that they were "cowards" for abandoning their classmates.

Holmgren wrote the court, "While speaking with the middle school students, the defendant stated that she might have a bomb and might have a gun. When students attempted to escape out the back of the bus, she called them cowards and told them they would be responsible if something happened to their classmates. Several students believed she had a weapon of some kind and many feared for their lives."

According to a detective with the King County, Gardheere told the arresting officer she was "prepared to die." However, no weapons were found in her possession. She eventually pled the felony charges down to a gross medemeanor before trial.

Democrat State Senator Rebecca Saldana said in her endorsement of Gardheere, "I will follow Ubax anywhere." Former radical Seattle City Council Member and activist Mike O'Brien called Gardheere "An amazing leader." It is unclear if Saladana or O'Brien were aware of Gardheere's bomb threats against children on a school bus when they gave their endorsements.

Ghardeere's campaign has been boosted on social media by Riall Johnson and Prism Washington, both of which have a history of representing and promoting activist socialist candidates such as socialist Seattle City Council Member Tammy Morales, who advocated for riots during last summer's unrest.

Gardheere told the Seattle Weekly that she was hospitalized for mental illness and that her mental condition worsened after she stopped in Dubai to see in-laws on her way to visit Somalia in 2008.

Six years later, while working as a community organizer, Gardheere appeared in a video produced by Mass Transit now advocating for extending an area light rail project. She is referred to in the video as a "social justice advocate."

The Somalian immigrant is now the Equitable Development Division Director in the City of Seattle Office of Planning and Community Development earning over $130,000 a year. She calls herself a "bureactivist inside government."

In a recent interview with the South Seattle Emerald, Gardheere revised her own history and claimed that when she threatened school children with a bomb on a bus she was being criminalized for mental health issues.

"It means being a brand new mother and going through postpartum depression and then actually having a mental breakdown and being criminalized for that, instead of getting the mental health [support] that I needed."

This conflicts not only with the court documents and police reports of the incident but also with her own statements years earlier to The Seattle Weekly. "I’m thinking in my head, 'what can I say or do that will get you taken to jail instead of a mental institute?'"

In a recent endorsement video for the radical King County young Democrats, Gardheere omits her troubled past but references her work with children.

Last month Gardheere posted a video from an event that was held in Seattle which she appears to have attended, lamenting the failure of the attempted genocide of Jews in the Middle East.

In her position at the City of Seattle, Ghardeere recently co-wrote a letter which referred to ultra-progressive Seattle Mayor Jenny Durkan as a "dictator" and again referenced her "mental health."

"We’re done being women of color bearing a disproportionate emotional labor burden in our civilization's collective reckoning with our mid-life (or is it end-of-life?) crisis. We can tell you more about all of these things, in due time. For now, we're taking some time off to reclaim our mental health."

In her interview with the Emerald, she also used her mental health troubles as a justification for creating community based alternatives to policing but left out the details of threatening to blow up a bus with children.

"Eleven years ago, when I had my second born, I had a breakdown in a very public way, and I was criminalized for that. I ended up in jail and I was prosecuted. I spent a lot of money getting lawyers and ended up having a misdemeanor. We all know that our county and our nation uses failed strategies and punitive policies. And a lot of our funding goes to spending on police, jails, and prisons. And then in that same kind of parallel, we're cutting and slowing investments in the social safety network. And we know that this has destabilized communities and it has destroyed families."

Ghardeere added in the interview, "When they're talking about who would they mean by moderate Democrat, it's somebody that’s adjusted to whiteness." On her website Ghardeere wants to replace capitalism with "an economic system that is based on abundance and communal self-determination for communities of color and all people."

She claimed that "Our current economic system requires hierarchy, oppression, and extraction to operate and maintain itself. It divides people according to race, class, ableism, and gender, and often treats Black Indigenous People Of Color (BIPOC) people, people who identify as LGBTQ+, poor people, immigrants/refugees, undocumented immigrants and refugees, people living with disabilities, and the natural environment as expendable resources."

Additionally, Ghardeere said she is an advocate for the radical Green New Deal and that rather than terrorism or a pandemic, "Climate change and growing inequality are among the greatest threats to our nation and County."